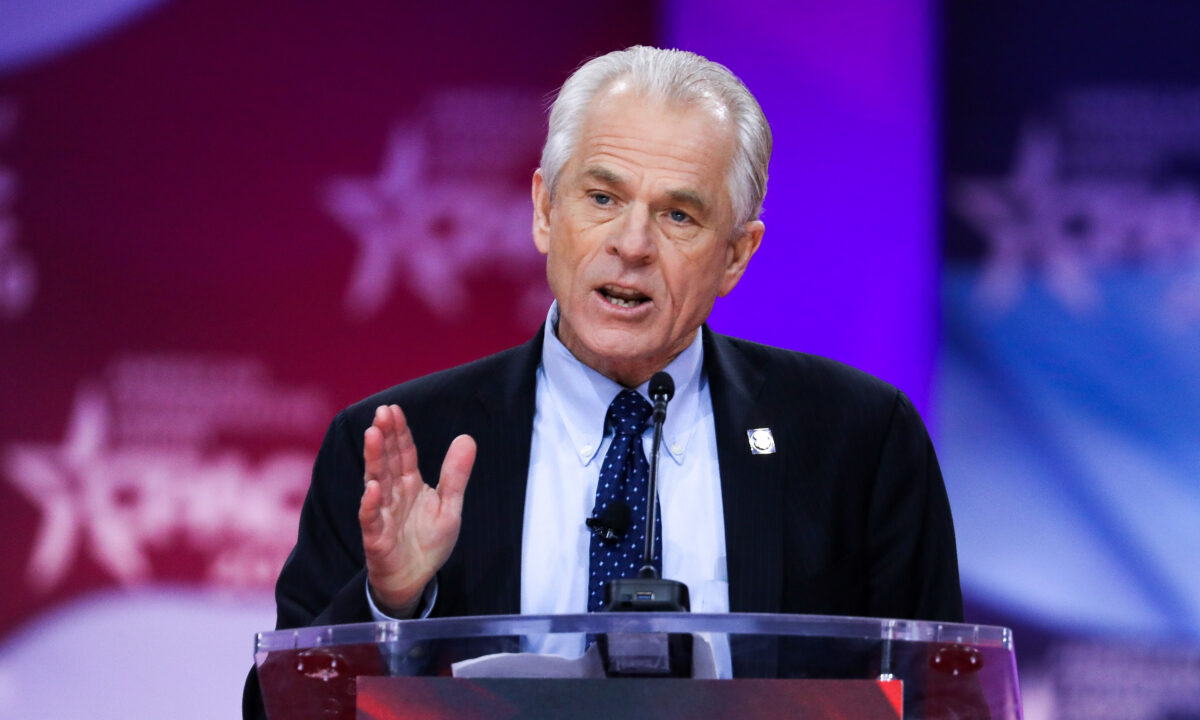 Trump’s proposed executive order that aims to reduce dependence on China, will encourage companies to relocate the production of essential medicines, medical equipment, and supplies to the United States.

In response to the push by the lobby groups against the executive order, Peter Navarro told the Epoch Times in an email, “America is more than up to that task and Big Pharma and its well-heeled Swamp Creatures need to stop being such a divisive element in American politics.”

The Association for Accessible Medicines, a trade group for major pharmaceutical manufacturers such as 3M, has drafted a letter dated March 24 to Trump, opposing the plans of reshoring medical supply chains. The draft letter leaked by Spectator USA Magazine stated that such measures “could undermine the complex arrangements between firms that allow for efficient delivery of medicines to patients.”

The letter, signed by 40 organizations, including PhRMA, a Big Pharma lobbying organization, warned that the proposed plan could harm efforts to supply necessary equipment and medicines to fight the growing pandemic.

“None of the Buy American provisions in the proposed Executive Order would apply during the current COVID-19 crisis,” Navarro responded.

“That’s a Big Pharma red herring designed to preserve its offshore oligopoly at the expense of American citizens,” he added.

Navarro has been working for weeks on the executive order, which could be released in the coming days. The hope is that increasing government demand for American-made products will help create a market for manufacturers to invest and to produce in the United States.

“If this crisis teaches us anything at all, it is that we cannot rely on Big Pharma, which is renown already for its price gouging, to provide America with the medicines and medical supplies we urgently need from its offshored production during the China virus crisis,” Navarro said.

He noted that other countries where the supply chains and plants are located are already imposing export restrictions for critically needed items. So it’s becoming harder for big pharmaceuticals to bring products to the United States.

“Ten of the top 20 countries exporting medicines to the U.S., including four of the top five, have already imposed some form of restrictions,” he said.

The CCP virus, commonly referred to as the novel coronavirus, has disrupted the U.S. pharmaceutical industry’s global supply chain that is largely dependent on China, calling attention to a dangerous level of dependence by the United States on this global competitor.

China is the dominant supplier of thousands of medicines found in U.S. homes and hospitals, from antibiotics to chemotherapies, from HIV/AIDS drugs to antidepressants to painkillers.

This has made the United States vulnerable to supply chain disruptions arising from the pandemic, which has alarmed Congress and the White House.

The increasing dominance of Beijing in the manufacturing of medicine poses a “national security threat” to the United States, Rep. John Garamendi (D-Calif.) told The Epoch Times.

“We are totally dependent on China—certainly the American military is, the American public equally so,” he said.

The Chinese regime is the major developer of generic drugs (prescription drugs that have gone off-patent), which accounts for nearly 90 percent of pharmaceuticals.

China is also the dominant supplier of personal protective equipment (PPE) such as masks, respirators, surgical gowns, and gloves, which are currently in high demand.

Global Times, a Chinese state-run media, published an article on March 11 stating that Beijing “could ban the export of face masks and other medical gear to America which are in acute shortage,” over recent actions by the United States to restrict market access to Chinese telecommunications company Huawei.

The United States is “dramatically dependent” on China for medical supplies, according to Rosemary Gibson, a senior adviser at the Hastings Center, a bioethics research institute, and the co-author of “China RX: Exposing the Risks of America’s Dependence on China for Medicine.”

“Our dependence is a risk to our national security,” she told The Epoch Times.

“For prescription drugs, 90 percent of the core ingredients, the chemicals, and other ingredients depend on China,” she said.

Bowen Xiao contributed to the article.