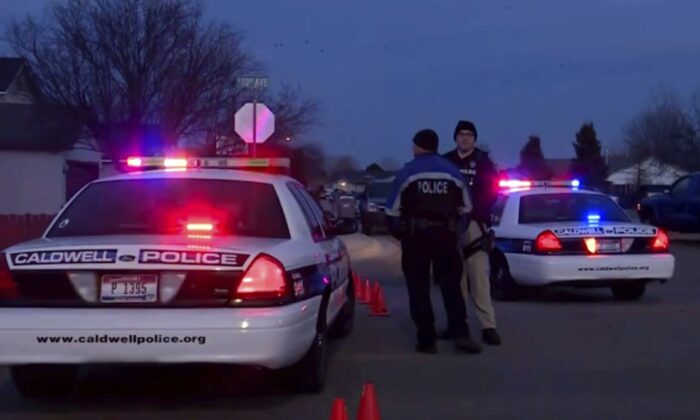 CALDWELL, Idaho—Idaho police say at least two people were killed and three were injured in a shooting at an apartment complex for senior citizens in Caldwell.

Caldwell Police Chief Frank Wyant said the report of an active shooter at the Portstewart Apartments came in about 4:19 p.m. Thursday, and responding officers found multiple victims at the scene. A police officer was among the injured, and the suspect in the case was among the dead.

Police said there was no ongoing threat to the public.

The officer’s injuries were not believed to be life-threatening. It was not immediately clear if the people injured and killed in the shooting lived at the complex.

“We are still early in the investigation, and information is still very preliminary,” Caldwell Police Department Lt. Joey Hoadley said.

Caldwell is part of the Boise metropolitan area and has a population of about 54,000.