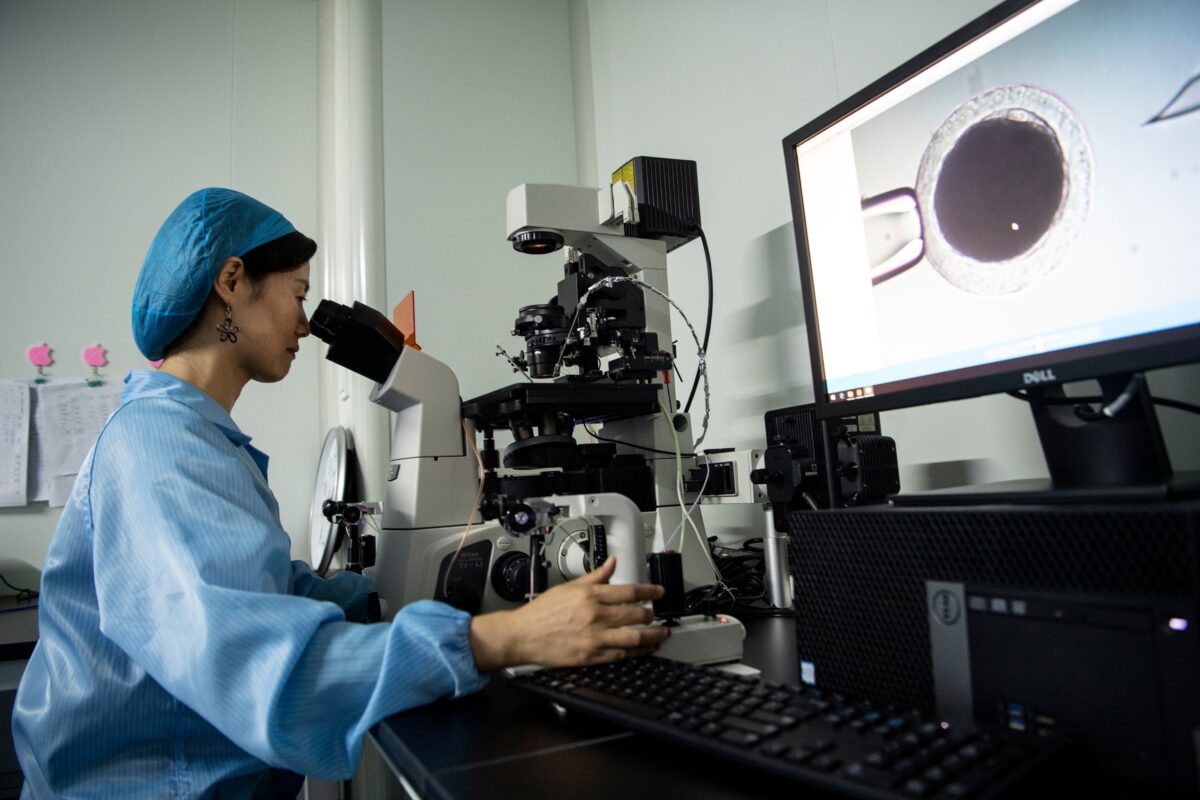 WASHINGTON—National Science Board (NSB) member Dr. Julia Philips said that “for 70 years we [the United States] have been the undisputed leader in science and technology (S&T).”

That is now changing, she continued.

Speaking at a White House meeting between the President’s Council of Advisors on Science & Technology (PCAST) and the NSB on Feb. 4, Phillips said “We must embrace these changes or risk being left behind”.

Calling the meeting a “historic moment,” Dr. Kelvin Droegemeier, Chair of PCAST, Director of the Office of Science and Technology Policy, and in that role, also Science Advisor to the president of the United States, highlighted another difference between PCAST and the NSB.

“PCAST has no money”, he said. PCAST members are all volunteer presidential appointees.

Contrast that with the National Science Board, which has an $8.2 billion budget to administer NSF research and awards.

China Outpacing the US in Research

Not only are there more players globally in science and technology (S&T), but the United States has fallen victim to complacency.

China likely already exceeds the United States in S&T spending. The crossover point occurred in 2019, based on available data.

It is not that U.S. spending in S&T has dropped; in fact, it is growing, said Phillips.

Global spending, however, is “growing much faster, and so our percentage of it is dropping”.

The United States across all sectors spends $548 billion a year on S&T research. But China may be spending up to $200 billion more.

In fact, China has accounted for almost one-third of total global growth in S&T research. “They have seized the positive results from our investment” into their country, Phillips said.

“They know a good thing when they see it”, she added.

However, when breaking down spending patterns among the different types of research being performed globally, the United States spends more than any other country on “fundamental” research, a term used by the American scientific community that encompasses both “basic research” and “applied research.”

Applied research is directed at not only acquiring new knowledge but also to direct that knowledge to a specific application, such as the creation of a new product.

In 2017, the United States spent US$92 billion on basic research alone, according to Phillips.

China, on the other hand, spent only US$27 billion on basic research. The PRC is focusing its investment into experimental and developmental research, said Phillips.

These figures suggest that China’s focus is to take existing and new knowledge developed in other countries, and to then build upon, improve, and develop it into practical applications for its own use.

China is not only exceeding the United States in overall research and development spending, however.

“Quantity is not the entire story,” of course. The United States has a significant lead in terms of most cited research, she said.

But even within the U.S. body of published research, Phillips said that 26 percent is in collaboration with Chinese researchers.

China’s research and development activities are not limited to spending and publishing, however.

Patent activity is another measure. Chinese patent applications to the U.S. Patent Office “grew explosively in the latter part of the 20th century,” the NSB reports.

And of the body of Chinese patents, 63 percent relate to electrical engineering, pointing to China’s focus on developing applications and products for machinery, radar and navigation systems, and communications systems, among others.

What the NSB did not directly say, but heavily implied, is that China’s R&D spending and patent activity is geared toward developing products that can be used not only in civilian but also in military applications.

One PCAST member, however, openly remarked on the position in which the United States finds itself.

“When I look at the investment in other countries, I wonder how much of that investment is directed as an attack on us,” Cathy Bessant said.

Bessant is Chief Technology Officer of Bank of America, headquartered in Charlotte, North Carolina. She is a member of PCAST.

Bessant went on to say, “we have to think about defense.”

“The knowledge of what I defend every day on behalf of us and customers” keeps her up at night.

“How much of their money is going to attack us?” Bessant asked the top scientific policy advisors of the United States government.

From data on China “we see clearly tremendous investment in building out and owning its own information technology infrastructure,” said Shannon Blunt of the University of Kansas.

“From systems, software, and AI,” China has been running at “a staggering pace and acceleration, and we feel it directly in industry,” he added.

The issue is not just what is being built, but the policies that China is establishing, he said.

“Through the Belt & Road Initiative (BRI), China has 69 countries involved, and they have them developing different standards” from those found in the United States and other Western countries, Blunt said. That means that “now we sell into two different standards and systems”.

Blunt is referring to the “Digital Silk Road” initiative, a subset of BRI that supports exporting digital infrastructure to BRI countries throughout Asia, the Middle East, and Africa.

That infrastructure is developed and produced by China, writes Clayton Cheney, in a post on Foreign Affairs. China is “using multilateral institutions to establish technological standards related to telecommunications infrastructure and promoting the principle of cybersovereignty at UN forums.”

Blunt went on to say that in addition, we are “required to transfer our software and source codes to them” when selling technology into China.

“What we find,” he said, is that by the time venture capital is invited into these start-ups, “multiple Chinese investments are there already.”

“I suggest”, he added, “that the values upon which we are built are open collaboration, and an open approach to science, and that cannot change. That keeps us the strongest.”

“But we have an adversary taking a completely different approach. They are working in a coordinated, collaborative world. Mattis said it is an economic cold war,” referring to James Mattis, the former U.S. Secretary of Defense and retired Marine Corps general.

“So when we talk about partnerships, we need to super-size it. Industry, universities, federal laboratories, the National Science Foundation…we have to experiment with a structure where all of these can collaborate in an open manner.”