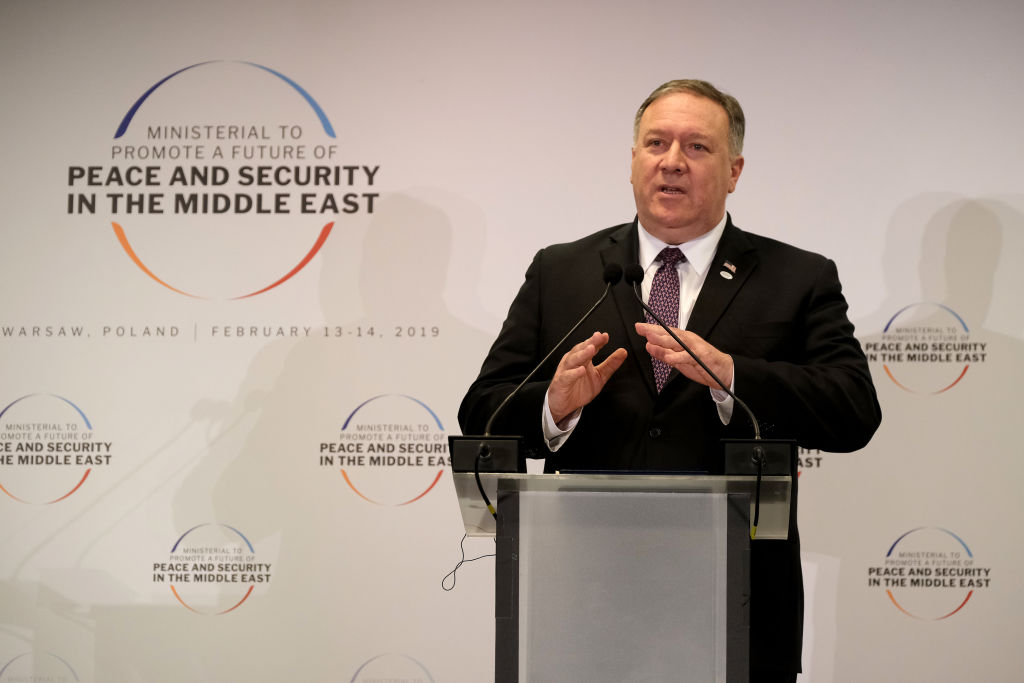 WASHINGTON—U.S. Secretary of State Mike Pompeo on Saturday said Russia and China had blood on their hands after the two countries used a veto of a UN Security Council resolution to block cross-border aid deliveries from Turkey and Iraq to millions of Syrian civilians.

“The Russian Federation’s and China’s veto yesterday of a Security Council resolution that allows for humanitarian aid to reach millions of Syrians is shameful,” Pompeo said in a statement.

“The resolution put forward by Germany, Belgium and Kuwait, and supported by the U.S. would have enabled life-saving assistance to reach at least four million Syrians throughout the country.

“Both countries preferred instead to provide cover and support for its junior partner in Damascus; thus placing the lives of millions of innocent civilians in the balance at the height of winter, while further threatening civilians by supporting the continued Assad regime and Russian military offensive on Idlib.

“To Russia and China, who have chosen to make a political statement by opposing this resolution, you have blood on your hands,” he added.

Russia cast its 14th UN Security Council veto and China its 8th on Dec. 20 since the start of the Syrian conflict in 2011.

The resolution sought to allow cross-border humanitarian deliveries for a further 12 months from two points in Turkey and one in Iraq. But Syrian ally Russia only wanted to approve the two Turkish crossings for six months and had proposed its own draft text.

“There is no substitute for UN cross border deliveries, and there are no viable alternatives to feeding millions of Syrians until the Syrian regime ceases its war on the Syrian people,” Pompeo said.

Russia and China vetoed the text while the remaining 13 members of the Security Council voted in favor. A resolution needs a minimum of nine votes in favor and no vetoes by Russia, China, the United States, Britain, or France to pass.

“The United States will remain committed to helping the voiceless, the hungry, the displaced, and the orphaned receive the humanitarian aid they require to survive no matter where they live,” Pompeo said.

“Russia’s and China’s vetoes of this resolution demonstrate that these governments simply do not care that the horrible Syrian regime continues to obstruct and deny humanitarian access to its own people.”

Since 2014, the United Nations and aid groups have crossed into Syria from Turkey, Iraq, and Jordan at four places annually, authorized by the Security Council. In a bid to compromise with Russia, the Jordan crossing was dropped by Belgium, Kuwait, and Germany from their draft.

The current authorization for the four border crossings in Turkey, Iraq, and Jordan ends on Jan. 10, so the Security Council could still attempt to reach an agreement, though some diplomats acknowledged this could now be difficult.

By Idrees Ali and Lucia Mutikani