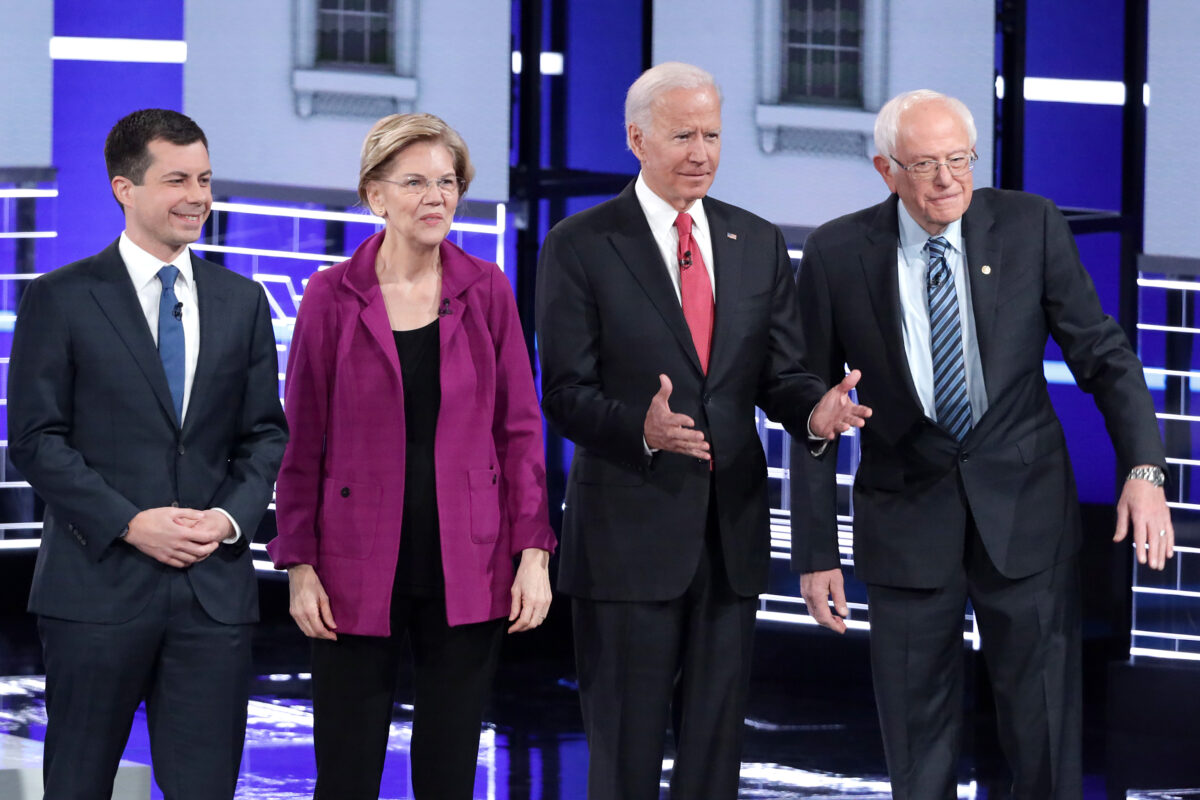 Top presidential candidates competing for the Democratic nomination, Sens. Bernie Sanders (D-Vt.) and Elizabeth Warren (D-Mass.), have been among the most critical of mammoth tech companies like Amazon, and vocal about taxing the wealthy, while at the same time being big spenders on Amazon.

According to a Bloomberg News report published Tuesday, the campaign teams for each of the two socialist-minded 2020 contenders have spent the most on Amazon. Federal campaign records analyzed by Bloomberg showed the Sanders campaign spent $233,348.51 on Amazon while the Warren campaign spent $151,240.90.

Sanders has taken aim at Amazon on a number of occasions. In July, Sanders showed support for Amazon warehouse workers planning to strike on the tech company’s “Prime Day” sale.

“I stand in solidarity with the courageous Amazon workers engaging in a work stoppage against unconscionable working conditions in their warehouses. It is not too much to ask that a company owned by the wealthiest person in the world treat its workers with dignity and respect,” Sanders wrote on Twitter.

Warren has made it one of the goals of her campaign to break up big tech companies including Amazon, Facebook, and Google.

Sanders and Warren are not the only Democrats running for president that have criticized Amazon. The majority of presidential candidates have expressed concern over the effect Amazon has had on retail business, but have also spent thousands on the online store, according to Bloomberg News.

President Trump’s campaign also spent $37,180.73 at the online store, according to Bloomberg News.

Billionaire and former New York City Mayor Michael Bloomberg, since he entered the race last month, did not have his Amazon purchases disclosed in the report.

Warren has argued that billionaires should be able to “pitch in 2 cents” for her wealth tax plan and generate much-needed funds to accommodate her policies, such as Medicare for All and student loan forgiveness.

Sanders also wants to boost taxes on the wealthy, targeting the top 0.1 percent of American households annually. His wealth tax plan begins with a 1 percent tax on wealth above $32 million (for a married couple). And the tax rate rises gradually, topping at 8 percent for all wealth over $10 billion.

The “Wealth Tax” Failed in Europe

Most European countries gave up on wealth tax decades ago, as they discovered that punitive taxes on the rich were counterproductive, according to a Cato Institute report. It undermined economic growth and encouraged capital flight.

“The number of European countries with annual wealth taxes has fallen from 12 in 1990 to just 3 today,” the report states.

For example, France had to abolish its wealth tax in 2017 after wealthy entrepreneurs and celebrities announced that they were fleeing the country. According to the French government’s estimates, some “10,000 people with 35 billion euros worth of assets left in the past 15 years,” the report says.

According to Alan Viard, a resident scholar at the AEI, it’s a misstatement to say that a 2 percent tax rate is low, especially when the safe rate of return on investments such as bond yields is taken into account.

To increase tax revenues from the wealthy, “I still don’t think you really need to go to a wealth tax; you can do that within the income tax system,” Viard said at the AEI event. “You would have a better way to do that just by changing the way that capital gains are taxed.”

He said that would “avoid the constitutional issues surrounding the wealth tax” and “most of the valuation issues.”

It would be highly cumbersome to value assets on an annual basis, especially ones that aren’t publicly traded, he noted.

William Gale, the co-director of the Urban-Brookings Tax Policy Center, defended higher taxation on the rich, arguing that it could reduce rent-seeking activity.

“Having said that, I’m not ready to buy on to the wealth tax yet for a lot of reasons,” Gale said during the panel discussion. He said he was worried about the constitutionality of the tax.

He also raised concerns about tax avoidance and capital flight.

Emel Akan contributed to this report