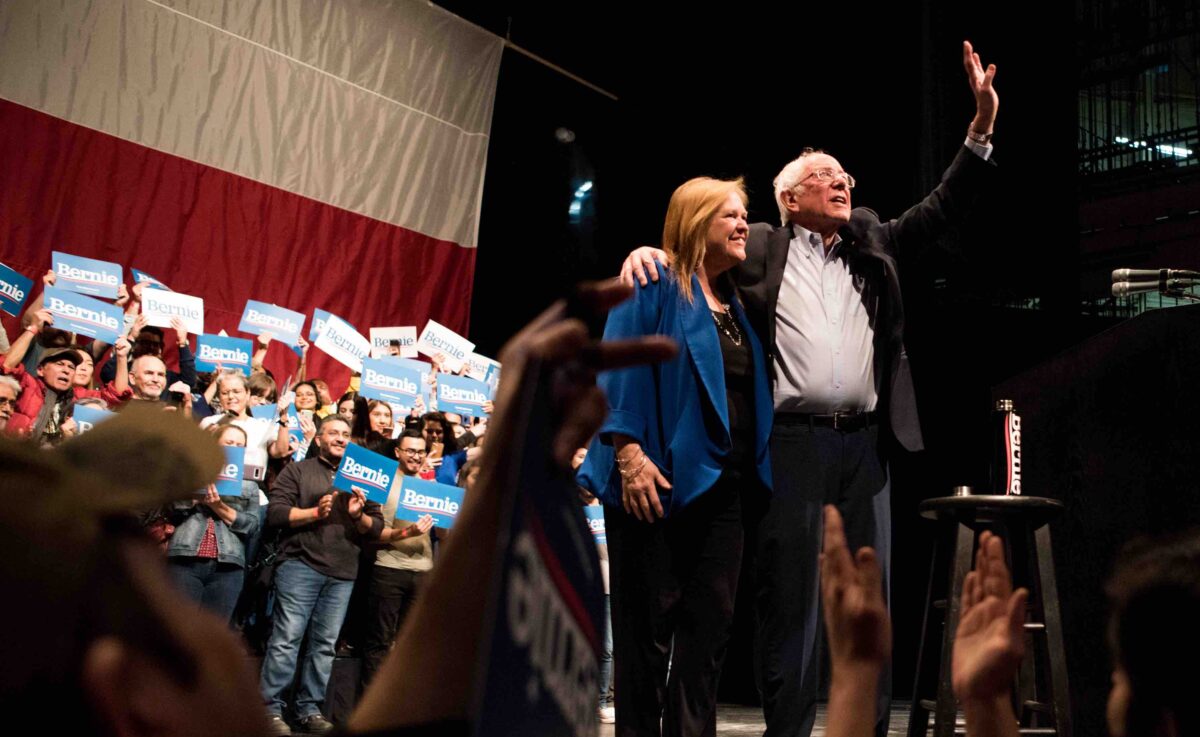 Senator Bernie Sanders(I-Vt.) scored a resounding victory in Nevada’s presidential caucuses on Saturday, cementing his status as the Democrats’ national front-runner amid escalating tensions over whether he’s too liberal to defeat President Donald Trump.

The 78-year-old Vermont senator successfully rallied his fiercely loyal base and tapped into support from Nevada’s large Latino community as the Democratic contest moved for the first time into a state with a significant minority population.

The win built on Sanders’ win earlier this month in the New Hampshire primary. He essentially tied for first place in the Iowa caucuses with Pete Buttigieg, the former mayor of South Bend, Indiana, who has sought to position himself as an ideological counter to Sanders’ unabashed progressive politics, but was fighting for a distant second place in Nevada.

The victory, while encouraging for Sanders supporters, only deepens concern among establishment-minded Democratic leaders who fear that the self-described democratic socialist is too extreme to defeat Trump. Sanders for decades has been calling for transformative policies to address inequities in politics and the economy, none bigger than his signature ‘Medicare for All’ health care plan that would replace the private insurance system with a government-run universal system.

Despite establishment anxiety, moderates are struggling to unify behind a single candidate, and the vote on Saturday was again split between several centrists, including Buttigieg and former Vice President Joe Biden.

Also in the mix: Massachusetts Sen. Elizabeth Warren, who desperately needed a spark to revive her stalled bid; billionaire Tom Steyer, who spent more than $12 million on Nevada television, and Minnesota Sen. Amy Klobuchar, who hoped to prove her strong New Hampshire finish was no fluke.

Trump weighed in on social media, continuing his weeks-long push to sow discord between Sanders and his Democratic rivals.

“Looks like Crazy Bernie is doing well in the Great State of Nevada. Biden & the rest look weak,” Trump tweeted. “Congratulations Bernie, & don’t let them take it away from you!”

Looks like Crazy Bernie is doing well in the Great State of Nevada. Biden & the rest look weak, & no way Mini Mike can restart his campaign after the worst debate performance in the history of Presidential Debates. Congratulations Bernie, & don’t let them take it away from you!

After the chaos of Iowa’s caucuses, there were concerns about Nevada’s similar setup. But no major problems were in sight.

Nevada is the third contest on a 2020 election calendar marked by chaos and uncertainty after the opening votes in Iowa and New Hampshire, overwhelmingly white, rural states.

“Media reports of unstaffed caucus sites in Nevada just prove that the national Democrat Party is in chaos and incompetent,” Trump 2020 campaign manager Brad Parscale said in a statement. “Even with that mess, there is no denying that Big Government Socialism dominated again as Bernie Sanders remained the leader of the leftist pack. We are another day closer to Election Day and another day closer to re-electing President Trump.”

Some Precincts Have Trouble Reporting

Two of the four caucus precincts at a middle school in the northern Nevada city of Gardnerville had trouble getting through on the phone hotline to report results.

Kimi Cole, the chair of the Douglas County Democrats who was the site lead at the school, said her precinct and another tried to call the hotline after their caucuses wrapped up early afternoon. But instead of being put on hold, they were met with a tone that seemed to indicate the number wasn’t working.

A third person at the caucus site was able to get through and report results right after, but Cole said she and the other precinct leader decided to use one of the Nevada Democratic Party’s backup methods by texting a photo of their caucus reporting worksheets.

Cole said the data was also transmitted by the iPad calculator, which seemed to run smoothly for everyone at that site.

Tom Perez, chairman of Democratic National Committee, said earlier that the goal is to get the results fast and right.

“Our goal is to get results as soon as possible,” he said. “But also, first and foremost, to get it right.”

Nevada’s Republican party has formally awarded all 25 of its delegates to President Donald Trump.

The state GOP had already canceled its caucuses, but the state committee voted by acclimation to give the Republican president all of its delegates as Democrats were tallying caucus votes, according to party executive director Will Sexauer.

Allen Zhong and The Associated Press contributed to the report.