The ocean covers 70 percent of the earth’s surface, yet little is known about the innumerable sea creatures living underneath the deep blue sea. So imagine stumbling across a huge, “hairy” sea creature carcass! 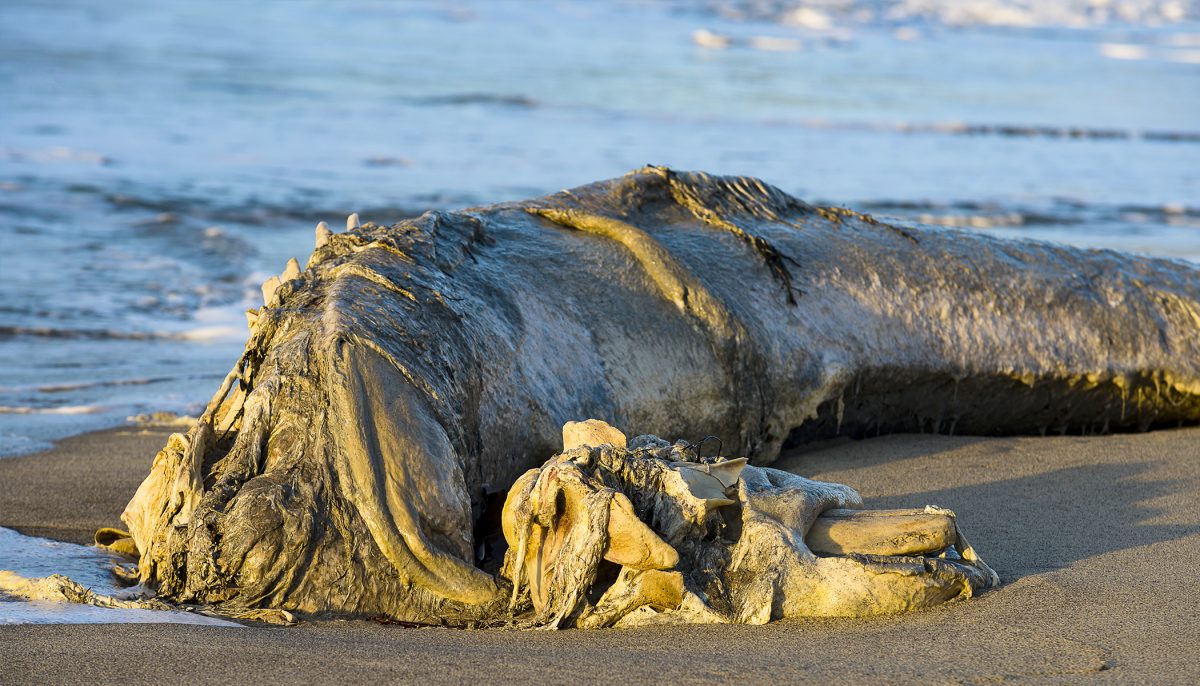 This bizarre, hairy-looking sea monster was exactly what locals in Cagdainao, Dinagat Islands in the Philippines, found washed up on a beach in the afternoon of Feb. 22, 2017. The carcass—a massive white glob 20 feet in length—got the attention of locals, who started to take selfie photos with it.

The 20-foot-long carcass sparked wild speculation as to what it could be. Sufenia Chua of the Cagdianao Municipal Agriculture Office said that the carcass was likely a sea cow, ABS-CBN News reported. She said there had been sightings of sea cows previously in the area.

As images of the weird sea creature spread like wildfire, social media users also had many guesses as to what it could be—everything from a fairy tale monster to a massive dog.

A number of Filipino netizens believed this ominous-looking beast’s appearance was an ill omen. Meanwhile, others were saying, jokingly, that it could be the huge, hairy remains of some mysterious giant shih tzu dog, or “Falkor” from “The Neverending Story,” or possibly “Appa,” the fictional character from the television series “Avatar: The Last Airbender.”

Netizen John Paul Garcia opined the creature could be the legendary half-whale, half-polar bear, nicknamed trunko or globster, reportedly washed up on Margate Beach, South Africa, in the 1920s.

But apparently, it was something quite different.

Lucy Babey, head of science and conservation for the animal charity Orca, identified the creature to be simply a whale or a manatee that had been dead for two weeks.

“It’s definitely a very decomposed sea creature in the later stages of decomposition,” Babey told Newsbeat. “The carcass is about six meters long, but that’s obviously not the whole carcass—there’s no tail so it would have been bigger than that,” she added. “That would suggest that it was probably a whale.”

Babey shared that in the Philippines, there live numerous whale species “such as the blue whale, fin whales and humpback whales as well as smaller whales such as minke whales.” She continued: “But they also have manatees out there, so it could be a manatee.”

Unfortunately, the carcass, which had turned white, was way too decomposed for scientists to give a definite answer on what the animal was.

The “hair” seen on the creature was probably decomposed muscle fiber, Babey explained.

Most marine animals that die at sea do not turn up on beaches. But it’s possible that such remains were more likely to be washed up on beaches at that time due to the 6.7-magnitude earthquake that hit the Philippines in February 2017.

The quake, which killed six people, injured at least 120, damaged buildings, including an airport, and could have “caused pressure on the seabed,” resulting in the carcass being washed up onto the shoreline.

“It could have shifted the carcass, it could have caused differences in the tides and the strengths of the waves which would have washed it up on the shore,” Babey said.

This wild guessing game could finally be put to rest with this detailed explanation from the expert!