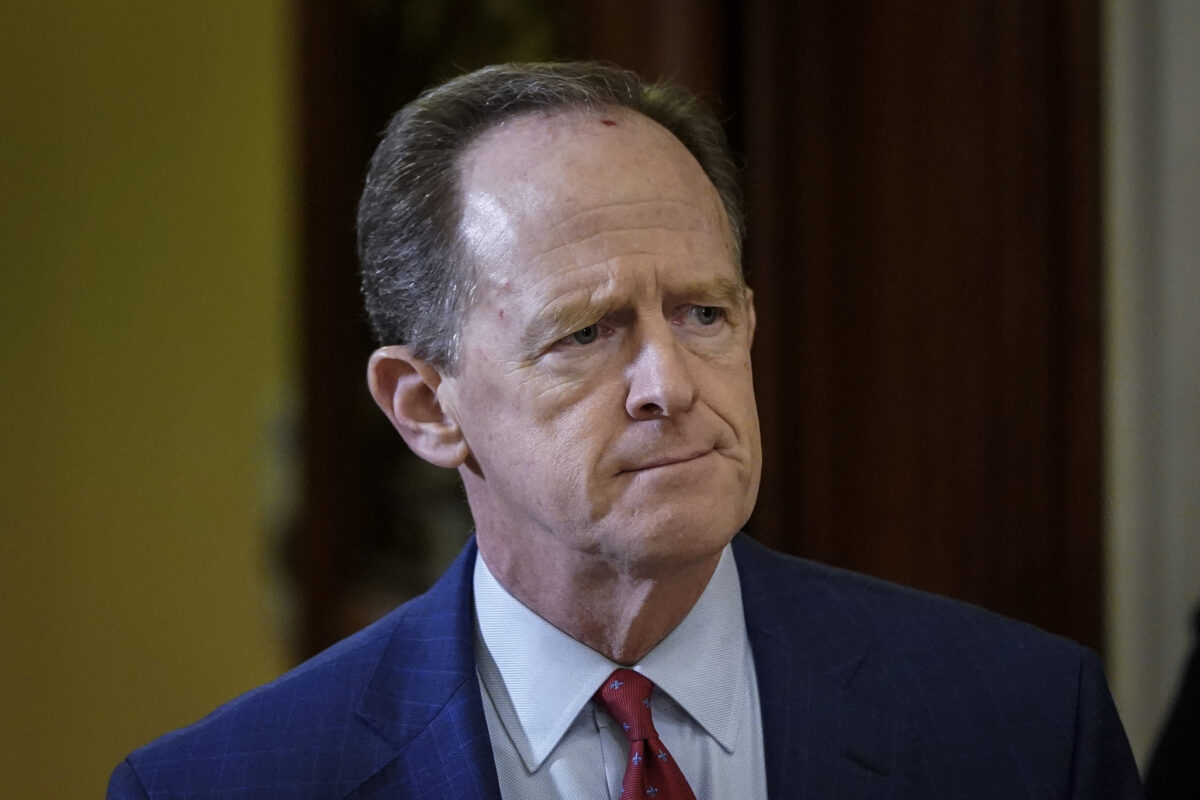 WASHINGTON—A “dramatic increase in unemployment benefits by about $600 per person” is included in the nearly $2 trillion CCP virus economic relief package agreed upon by negotiators in the early hours of March 25, according to Sen. Pat Toomey (R-Pa.).

The $600 boost is “on top of whatever their state provides … so this is a very, very significant increase, typically more than doubling of peoples’ unemployment insurance benefits,” Toomey told reporters during an extended teleconference.

Toomey was one of the main Republican negotiators on the critical fourth section of the massive package dealing with financial assistance for individuals, small businesses, and corporations.

“We are going to have a staggeringly large number of people applying for unemployment in coming weeks,” he said.

Individuals will receive $1,200 in direct financial assistance, while married couples will receive $2,400; there will also be payments of $500 per child.

“So, if you are a married couple with two kids, it is $3,400 that you are going to be receiving in a matter of a couple of weeks,” Toomey said. “This will be a big help to individuals who are out of work.”

Toomey said the package’s priority for small businesses and large corporations is to “encourage and to enable businesses to keep workers on their payroll, to keep people employed.”

To that end, the package includes multiple provisions aimed specifically to help both sectors of the economy.

For small businesses, the package includes “a small business loan program, an extremely generous program that is meant to be run through the Small Business Administration,” working through local banks and with federal guarantees. Businesses with up to 500 employees would be eligible for loans of up to $10 million each.

“Here’s the big thing, the amount of the loan that is used to pay for payroll and interest on the mortgage and rent is going to be forgiven, so a company that keeps its workforce and has these ongoing expenses, the government is going to be picking up the tab for that in the form of a loan that will not have to be paid back,” Toomey said.

In addition, Toomey said the package suspends the employer’s share of payroll taxes for two years.

“The biggest single piece in this whole thing is the money that we are going to be using to provide a credit facility for businesses that need access to credit,” he said.

The two components of the business aid part of the relief package includes, first, $46 billion in highly structured aid for specific industries, including the airlines, firms judged to be critical to national security, and cargo carriers. Toomey doesn’t expect defense contractor Boeing to receive such assistance.

The package doesn’t include new airline emissions standards that were demanded by Speaker of the House Nancy Pelosi (D-Calif.).

Second, there is $454 billion for the Treasury Department to capitalize lenders through the Federal Reserve as government sponsored entities.

“We hope to stand up a very broad base of lending facilities that could be leveraged up to 2 or 3 trillion dollars,” he said, adding that “we’re hoping this is a mechanism to keep business alive for a few weeks or months until our economy can resume.”

Toomey said Treasury Secretary Steven Mnuchin “has a tremendous amount of latitude” on how a $25 billion portion of the $46 billion will be provided. He expects the funds to be allocated on some basis among the airlines, with the government receiving equity in return.

But the federal government will not take an active equity stake in any of the firms receiving loans via the package. Toomey expects the stake to most likely be some form of options feature like a warrant.

“We’ve made it very clear that if the federal government ends up with stock of any kind in any of these companies, it may not vote the stock, it cannot exercise any voting rights,” Toomey said.

“The thing that took a long time is that while the Democrats went down to the Senate floor and attacked Republicans for creating this ‘big corporate bailout slush fund,’ which we insisted all had to be paid back. Meanwhile, behind closed doors, they were insisting that we give away money to airlines,” he said.

Asked by The Epoch Times if he expects Pelosi to seek additional negotiations, Toomey said, “No, I certainly don’t think so,” because she was involved in the negotiations from March 22 on.

“I will be surprised if she doesn’t find a way to expedite passage of this bill in the House,” he added.