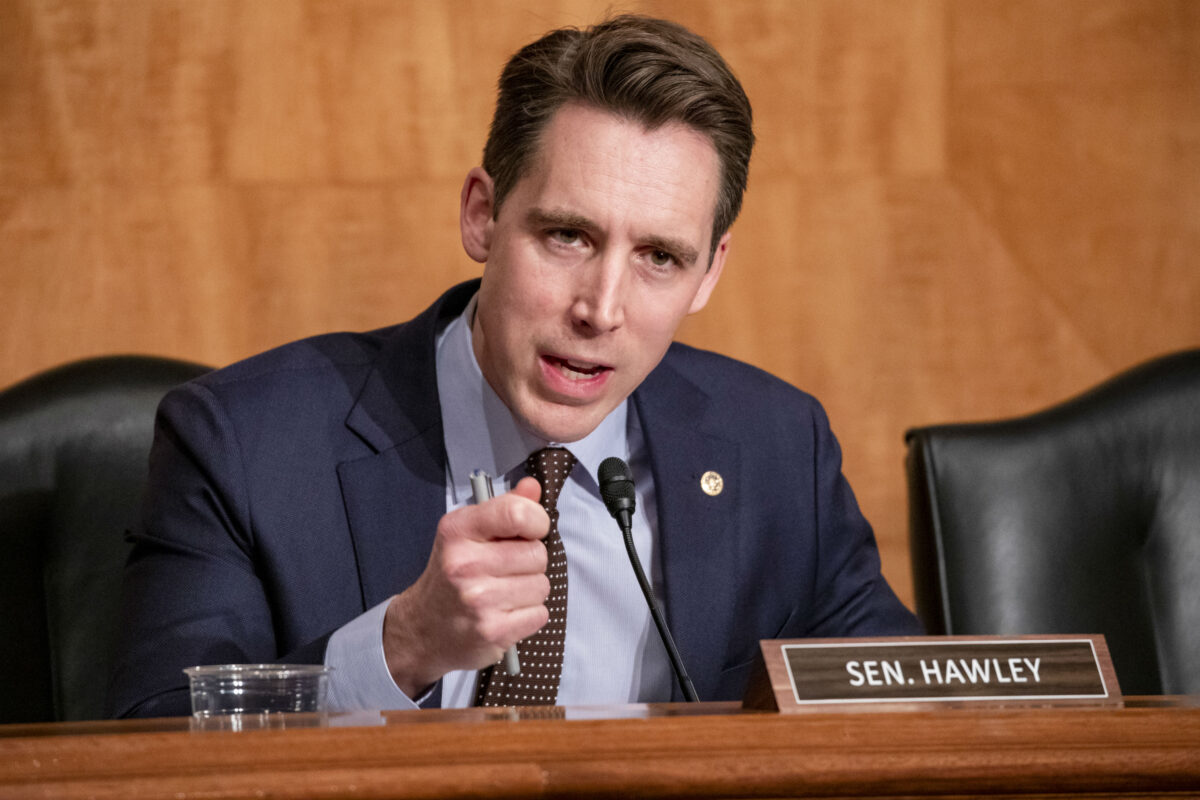 Two senators have called on NBC to “put human rights over profits” by not airing the 2022 Olympic games to be held in communist China, citing the regime’s “abysmal record on human rights.”

“Communist China is one of the great human rights abusers in the world, and it presents a threat to the safety and security of every athlete and tourist who will travel to Beijing,” Sen. Rick Scott (R-Fla.) and Sen. Josh Hawley (R-Mo.) wrote in a letter (pdf) on Dec. 19.

The senators asked the heads of NBC Universal and the NBC Olympics to either request the International Olympics Committee (IOC) to find a new home for the 2022 Olympics, or refuse to air the games—which would be “ensuring that China can be accepted into the international system even as it violates its basic rules and tenets.”

NBC Universal has the exclusive U.S. broadcast rights for all summer and winter Olympic Games through 2032.

The senators pointed to the pervasive surveillance system that the Chinese regime has built, including artificial intelligence-powered cameras, to track its citizens’ activities and whereabouts, and “to spy on and persecute those who criticize the regime.”

“The 2022 Olympic Games in Beijing will provide the Chinese government access to a global array of dignitaries, athletes, corporations, and government entities, a risk that should be avoided at all costs,” they said.

In the letter, the two officials made special mention of the mass surveillance in Xinjiang, a region in China’s far west, where the Chinese government imprisoned an estimated over one million Muslim minorities for their belief.

The Secretary of State, Mike Pompeo, in a June 21 speech at the release of the department’s annual religious freedom report, also condemned the regime’s “intense persecution of many faiths,” including Falun Gong practitioners, Christians, and Tibetan Buddhists.

On Dec. 18, the State Department re-designated China as a “Country of Particular Concern” under the International Religious Freedom Act of 1998 for its “systematic, ongoing, [and] egregious violations of religious freedom.”

“If Communist China continues to persecute religious minorities, forcibly harvest organs of innocent civilians, oppress the people of Hong Kong, spy on civilians, and imprison political dissidents, they should forfeit their rights to host an event that is supposed to bring the world together,” the senators wrote.

Both senators have written to the IOC relaying similar concerns and urging the committee to hold the Chinese regime accountable for its human rights abuses.

In a Dec. 6 letter signed by Hawley, Scott, and eight other senators, they asked the committee to implement its Host City Contract requirements before 2022, rather than the scheduled timeline of 2024. The requirements include protections for human rights and labor-related rights.

Scott, on Oct. 17, called on the IOC president to not allow Beijing to host the 2022 games. The organization, in response, said that the IOC’s mission is to “unite the entire world in peaceful competition,” which is “very different from national governments,” and that it hoped the senator could support their “political neutrality.”

Scott slammed the IOC response as “shameful and embarrassing.”

“Are they naïve enough to think Communist China wants to unite the world?” he asked, adding that the regime’s conduct, such as intellectual property theft and human rights violations, are “the opposite of unity.”

“The Committee claims to be politically neutral, but the fight for human rights transcends politics. It’s sad they cannot see this,” Scott said in a statement.

Expressing disappointment over the IOC’s “woefully lacking” response, the two senators hoped that NBC could make a different decision, and take up its “moral responsibility to inform the public.”

“By overlooking China’s human rights record, you betray your viewers in misleading them about the most important threat facing our values and our way of life,” they said.