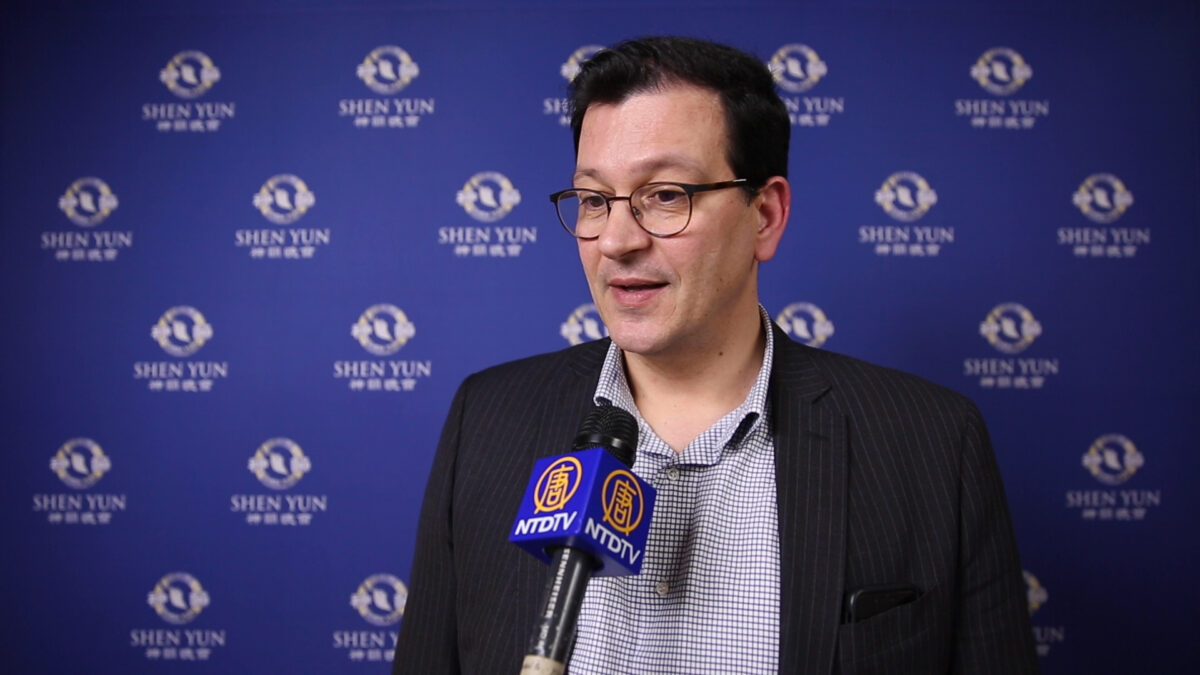 TOURS, France—The artists of the famous company Shen Yun Performing Arts gave their first and long-awaited performance of the year in France last night on Feb. 18, 2020.

The French tour was initiated in Tours, the City of Art and History, at the Palais des Congrès de Tours.

The city of nearly 2,000 years of history was thus overjoyed to welcome the ambassadors of the very rich traditional Chinese culture.

Local people in attendance were impatient to enjoy the show now that Shen Yun is touring the world. From New York to Tokyo, via Mexico City, London, Berlin or Sydney and, of course, Paris, the artists of Shen Yun perform in the world’s best theaters.

There were no empty seats in the theater as Bernard Lauzier, general insurance agent, was swept away and traveled through the dynasties and China’s ethnic groups of the last 5000 years.

Lauzier describes the show as a being “full of poetry, Chinese poetry! The music is beautiful, the dance scenes are perfectly executed … It’s real moments of happiness!”

But beyond the purely aesthetic aspect of classical Chinese dance and music, Lauzier was most impressed by what he saw as the message that Shen Yun carries through his dance scenes.

“What I like is that they are not afraid to show who they are, to talk about the Chinese soul and Chinese culture, Chinese spirituality! And that resonates with me, because in our civilization—I am Catholic and French—today, we in France are afraid to say who we are, and to claim our roots a little! You can see that in the show, they are completely talking about it, being proud of these roots and it feels good! It’s good to see that somewhere along the way they’re making it into a show and it’s beautiful!”

Indeed, the Shen Yun website states that “The company’s mission is to use performing arts to revive the essence of Chinese culture—traditionally considered a divinely inspired civilization.”

The artists of Shen Yun have therefore set themselves the task of reviving this traditional Chinese culture which, in just 70 years, has almost disappeared since the Chinese Communist Party came to power.

Indeed, the company’s website explains that “the communist regime has treated traditional Chinese values—centered on the idea of harmony between heaven and earth—as a threat to its existence. And the regime’s systematic campaigns like the Cultural Revolution, it has uprooted traditional beliefs and destroyed ancient treasures—bringing traditional 5,000 years of civilization to the brink of extinction.”

Shen Yun’s challenge then became at odds with one of the most powerful governments in the world, to show the whole world what the real Chinese culture was and still is.

Shen Yun reminds us that we are, of course, beings of flesh, but also, spiritual beings, therefore composed of a body and a soul.

For Lauzier, this seemingly immense challenge has been achieved. “Shen Yun reminds us that we are, of course, beings of flesh, but also, spiritual beings, therefore composed of a body and a soul … And it reminds us that we must not let go of this spirituality that we have within us and which makes us men, in our own right, with this body and soul. It transcends us!”

According to him, this spirituality is present throughout the show and is accompanied by a particular energy felt by the audience, “It is at the same time a display of slow and fast pace, strength and gentleness, it’s all that at the same time, it’s perfectly executed, it’s really very, very beautiful to see!”

“Something to discover absolutely!” said Lauzier.

With reporting by NTD Television.