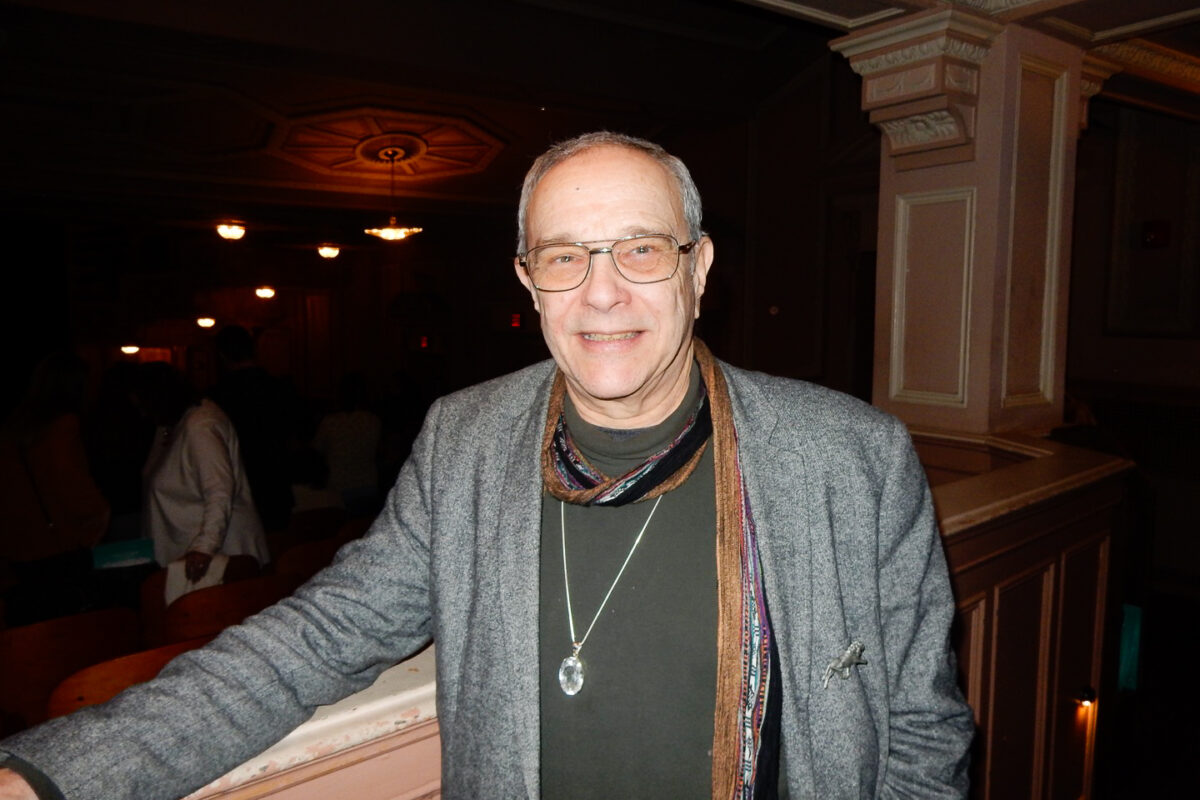 PHILADELPHIA—Shen Yun Performing Arts has been inspiring even the most discerning audiences around the world for 13 years with its beautiful, soul-stirring revival of traditional Chinese culture. This year, however, the public’s hunger to see the New York-based classical Chinese dance performance seems to have reached a new high water mark as professional artists and those who have wanted to see it for years are flocking to places such as the Merriam Theater in Philadelphia where the production has been delighting audiences since Feb. 12 and will continue through March 1.

Mark Blaschke is a classical pianist who makes his living performing Mozart, Beethoven, Chopin, and other famous composers’ works. To him, Shen Yun’s musicians and dancers perform at a very high technical level, and he felt admiration and joy at being able to take in the entire production, complete with a live orchestra.

“Oh, I love the orchestra,” Blaschke said seeing a performance on Feb. 23, 2020. “Yes, I’m familiar with the Chinese stringed instruments, the erhu, and I think sometimes they sound better than Western violins.”

“The erhu is one of the most important Chinese instruments,” Shen Yun’s website states, “with a history of over 4,000 years. Though it has only two strings, it can convey a wide range of emotions.”

Kai Xi was the erhu soloist who played a piece titled “Roaming Without a Care” for Blaschke and his fellow theatergoers. The simple construction of the erhu allows it to create amazingly diverse and even human-like sounds. “In its lowest and middle range, the erhu is especially stirring and somber, a quality eminently suitable for conveying the grand pageant of China’s history and the emotions of its people,” Shen Yun’s website adds.

In addition to the solo erhu instrumentalist, Blaschke enjoyed Shen Yun’s live orchestra which accompanies its cast of male and female dancers and provides a sonorous backdrop for Shen Yun’s roughly 20 vignettes. In fact, Shen Yun’s orchestral compositions are all written by the company’s artistic director anew for each year’s performance.

“The compositions seem to be a little bit Western in harmonies and melodies, but with a Chinese motif,” he noted.

Blaschke felt the performers gave a top-notch presentation. “Oh, wonderful, wonderful. Very high level,” he said, thinking back to the musicians he had just watched. “Years of practice, I’m sure.”

That’s when he added that their efforts filled him with admiration and joy.

“I’m very interested in the ancient Chinese culture, and it’s lovely to see this today. … The choreography, and the costumes and the setting, the ideas behind each one are very invigorating and inspiring.” And to the artists themselves, he said, “Thank you.”

Shen Yun’s mission is to bring back traditional Chinese culture, a civilization that was once almost lost. It’s a deeply spiritual culture at essence, so themes of the divine, forgiveness, and faith run through Shen Yun’s performance.

“I appreciate that element of it,” Blaschke said, about the divinely-inspired elements in Shen Yun. “I love ancient Chinese philosophy, the Tao Te Ching. I’ve read Mencius, I’ve read Confucius, I love the ancient Chinese poetry from the 9th, 11th century. … As a child, I fell in love with Chinese art and history.”

I liked the text that he sang. It was a very high spiritual, meditative, compassionate.

The professional musician commented on another musical soloist, Peng Huang, the bel canto singer, but it wasn’t only his vocal performance that stood out to Blaschke.

“I liked the text that he sang. It was a very high spiritual, meditative, compassionate,” Blaschke said.

The title of the bass singer’s piece was “For Your Deliverance” and touched on themes of the Creator helping people return to heaven and how goodness brims in the hearts of many, despite these turbulent times. For millennia, Chinese people have passed down a legend about the Creator of the world and his eventual return to aid mankind.

“I liked the compassion that was mentioned in that song, yes. I’m glad that was included,” Blaschke said.

“I didn’t realize that this is the Chinese culture that is not free to be expressed in China at the moment. So it’s wonderful to see that it is thriving out here. The authentic cultural identity is still out here to show us a different side of Chinese culture.”

With reporting by Weiyong and Brett Featherstone.