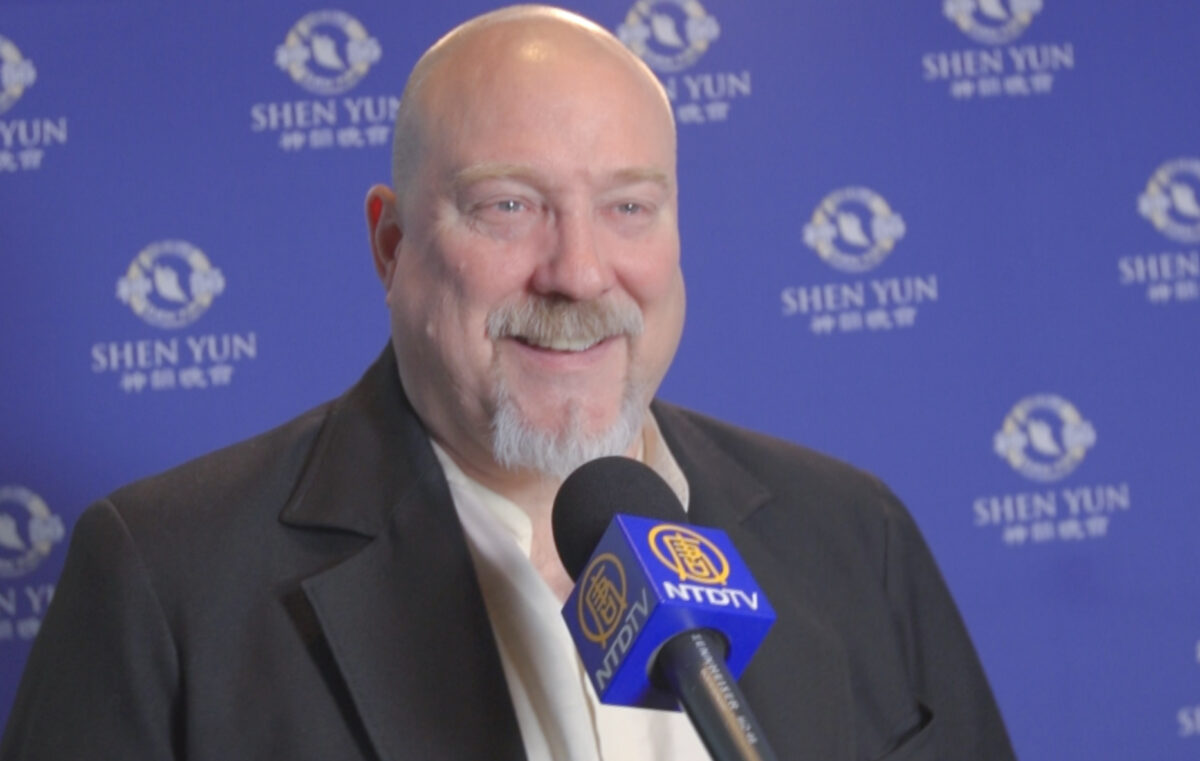 DALLAS—Few experiences in today’s world are as thoroughly enjoyable for parents as they are for their children. Even fewer are truly thrilling for the adults while entertaining and educating the children.

But today, Will Duff, a crisis manager for a leading international computer company, said that he felt “ecstatic, thrilled, and harmonious” watching Shen Yun Performing Arts and said that his kids “absolutely enjoyed it, really loved it.”

“I loved it. I thought it was wonderful. It was good to see old stories and legends and things like that brought to the stage, great dancing, and wonderful athleticism by the performers,” Duff said.

According to Shen Yun’s website, “Through the universal language of music and dance, Shen Yun weaves a wondrous tapestry of heavenly realms, ancient legends, and modern heroic tales, taking you on a journey through 5,000 years of Chinese culture. A Shen Yun performance features the world’s foremost classically trained dancers, a unique orchestra blending East and West, and dazzling animated backdrops—together creating one spectacular performance.”

Duff couldn’t pick out just one aspect of the show that amazed him—the entire experience did.

“Honestly, all of it. It’s a spectacle and it was broad scope and lots of different things from all over and it was just amazing,” he said.

Duff said Shen Yun’s performers were “wonderful and amazing and I’m glad we got to see it and glad I was able to bring my kids to see it, too. I thought it was wonderful for the kids. They really loved it.”

Shen Yun cannot perform in China today because the country’s current communist regime has attempted to eliminate traditional Chinese culture since it first came to power. Not only have they banned the group, they attempt to interfere with Shen Yun shows around the world. Shen Yun also depicts on stage true stories of the regime’s persecution of Falun Dafa, an ancient spiritual discipline.

“I think it’s wonderful, I think it’s time, I think it’s long overdue, and too often it’s been nooks and crannies little small places around the country, around the world, only little bits, and it’s nice to see a big epic effort like this,” said Duff, who has had a deep love for traditional Chinese theater and dance since childhood.

“I just love the history of people all over the world, the most magnificent cultures in the world on display, let’s see them all,” he added.

He said Shen Yun, with its depictions of divine realms and the story of the Creator coming from heaven down to earth, left him feeling enlightened.

“[Shen Yun] is just such a spiritual thing and it’s also a physical appreciation of the spiritual as well. It’s magnificent. You know that’s one of the great stories of all mankind’s cultures is the Creation. Myths we all share, and the stories we all share and the lessons we take from those things, and the virtues that we gain from them, it’s always wonderful to see them.”