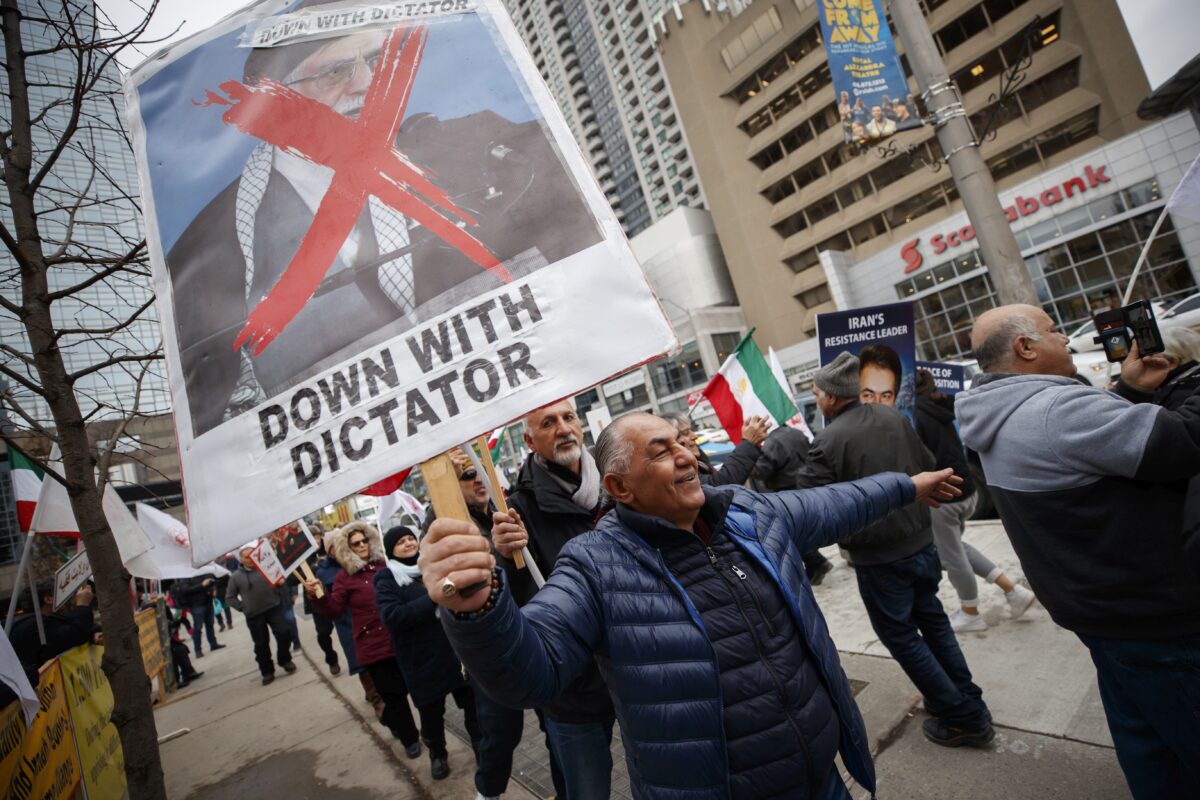 The killing of a top Iranian general by a U.S. airstrike has reignited debate over Canada’s engagement with Iran and renewed calls to designate the Islamic Revolutionary Guard Corps as a terrorist organization.

Qassem Soleimani, leader of Iran’s Quds Force, was killed by a missile fired at his convoy as it left Baghdad airport in Iraq on Jan. 2. His death has elevated tensions in the Middle East and prompted threats of retaliation from Iran.

The increased tensions are a concern for Canada, which has almost 850 troops as part of NATO’s contingent in the region, including 500 in Iraq.

Minister of Foreign Affairs François-Philippe Champagne has called on all sides “to exercise restraint and pursue de-escalation,” while noting that Canada “has long been concerned by the Islamic Revolutionary Guard Corps’ Qods Force, led by Qassem Soleimani, whose aggressive actions have had a destabilizing effect in the region and beyond.”

Canada declared the Qods Force to be a terrorist organization in 2017. A year later, the Liberals supported a Conservative motion to designate the entire Islamic Revolutionary Guard Corps (IRGC) as terrorist, but that has not happened.

“The Conservative Opposition once again calls upon the Trudeau government to finally list the IRGC as a terrorist entity after 18 months of foot-dragging,” says a joint statement by Conservative MPs Erin O’Toole and James Bezan issued after the airstrike.

“The Liberals voted for the measure, yet have done nothing to recognize the destructive and destabilizing influence of the IRGC.”

Bahrain and Saudi Arabia denounced the IRGC as a terrorist organization in 2018. The United States made the same designation in 2019 and asked its allies to do the same.

He says the designation “would severely increase pressure on Iran’s dictatorial government, putting every person and business on notice that they will face serious terrorism charges in Canada for engaging in any relationship that assists the IRGC.”

Last November, the Ayatollah ordered a crackdown on protesters against his regime. As a result, the IRGC killed as many as 1,500 of Iran’s own citizens.

“They are an incredibly repressive and violent and deeply corrupt organization,” says Shahrooz. “This is a really nefarious, malevolent force that Canada ought to oppose.”

It’s unclear why the government has not yet made the designation. Fear of reprisals from Iran might be one reason. Another could be Canada’s quest for a U.N. Security Council seat, given that one-quarter of the countries that vote are majority Muslim nations.

“That’s the elephant in the room now,” Shahrooz said. “And perhaps the calculation is that perhaps if we don’t antagonize Iran, we may be able to either get their support or at the very least not have them actively oppose us in that quest.”

Retired Maj.-Gen. Denis Thompson wonders whether Canada can legitimately designate the IRGC as terrorist, given its official role in a sovereign country.

“I would say that it isn’t the Canadian government’s position to declare the Iranian Revolutionary Guard a terrorist organization, nor for that matter most organizations even if they’re perceived as evil … if they are linked to a legitimate government. And that to me is where the issue lies.”

Under the Iranian constitution, the IRGC defends the Islamic regime, and the national army defends the citizens and country. The IRGC was put in place by Ayatollah Khomeini in 1979 to prevent a military coup from forces that might be loyal to the deposed shah.

As Shahrooz put it in a column he co-authored in 2019, “It’s a fighting force devoted solely to imposing the Iranian theocracy at home, exporting it abroad, and lining its own pockets.”

Following Soleimani’s death, Iran offered an $80 million bounty for Trump’s assassination. The president has said he ordered the airstrike because Soleimani was plotting to kill American diplomats and military personnel.

Soleimani was the architect of almost every significant intelligence and military operation that Iran conducted for the past two decades. This included the backing of militias in Iraq, Syria, and Lebanon, as well as terrorist attacks and plots in many countries around the world.