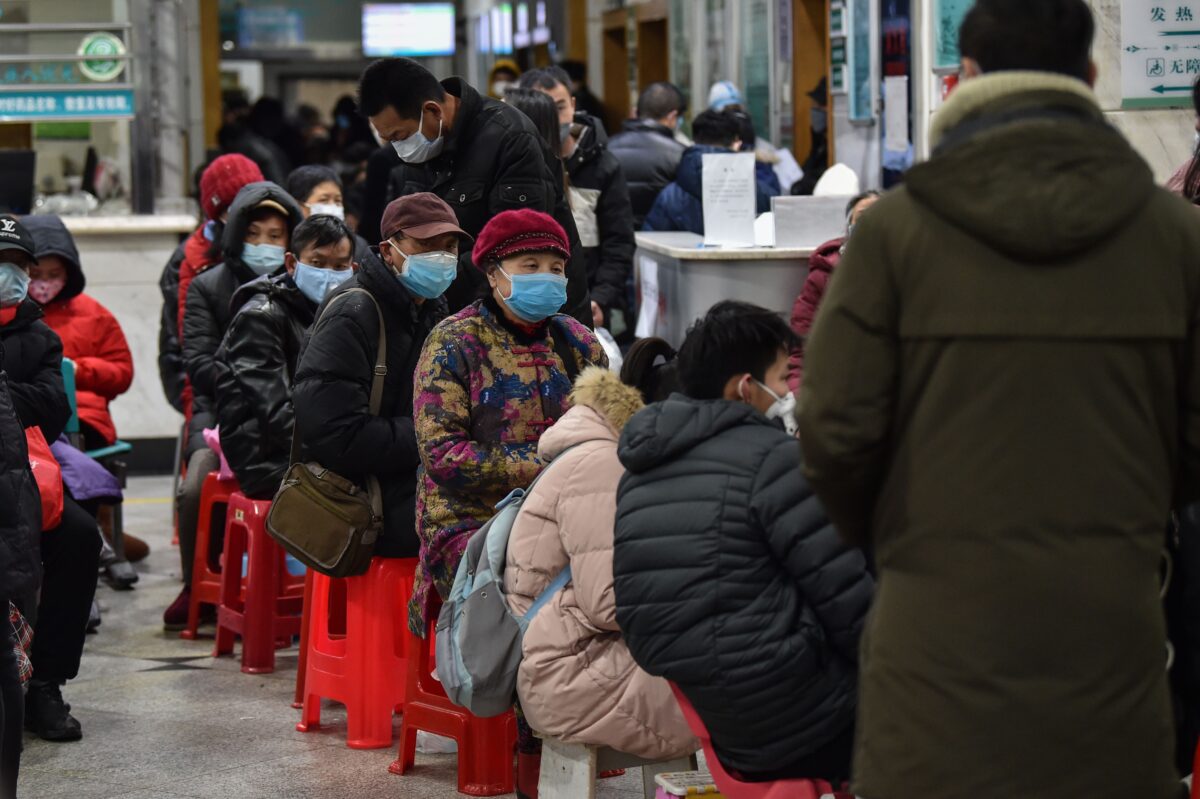 A woman connected to a source with knowledge of the situation at a hospital in the city of Wuhan, the coronavirus epicenter, recently told the Chinese-language Epoch Times that many medical staff have become infected after treating patients.

Her source provided a name list of those who are ill.

Jiang is from Wuhan, the capital of Hubei province. Her family is still there, and knows well the situation in Wuhan University Renmin Hospital, named Hubei General Hospital.

Jiang currently lives outside of China, and had planned to go back to Wuhan on Jan. 24. On Jan. 23, the city government announced a lockdown, whereby all transportation in and out of the city was banned. Jiang had to cancel her flight tickets.

Jiang continues to communicate with her family in Wuhan.

The family, who has connections to the Wuhan University Renmin Hospital, told Jiang that more than 500 medical staff and their relatives who live on the hospital campus have been diagnosed with the coronavirus.

According to Jiang, the virus outbreak occurred at two campuses of the hospital: the headquarters in Wuchang district, and the eastern campus at Optics Valley in Hongshan district.

“On the campus of the headquarters, there are living quarters, which have about 20 residential buildings. This is where the medical staff stay,” Jiang said.

As one of the best hospitals in the city, the Wuhan University Renmin Hospital started to receive coronavirus patients in early January.

“Since the middle of January, the whole outpatient department of the hospital has been full of patients waiting for treatment. They are sitting and lying around in the corridors and in all rooms,” Jiang explained. “The hospital is like a coronavirus active zone, and medical staff can’t guarantee their safety, although they wear protective suits, goggles, masks, and so on.”

In some cases, the medical staff then transmitted the disease to their family members. Jiang has a former classmate who works at the hospital and lives on campus. “All six members of my classmate were infected.”

According to Jiang, diagnosed medical staff and their family members are being treated at the top five floors of the hospital’s ophthalmology building and the whole surgery building.

Jiang added that authorities have been underreporting the numbers of infections and deaths, as her family and friends have told her that many people died in nearby residential areas.

Jiang also said that more than 1,500 medical staff work at the headquarters.

But since the outbreak, the hospital has shut down most non-virus-related departments. All the staff at the cardiology and respiratory departments are working to treat virus patients.

But “because so many medical staff have been infected [in the past weeks], medical staff from the Sichuan University West China Hospital and hospitals in Xiangtan City of Hunan province have arrived at the hospital and supported the treatment of patients,” Jiang said.