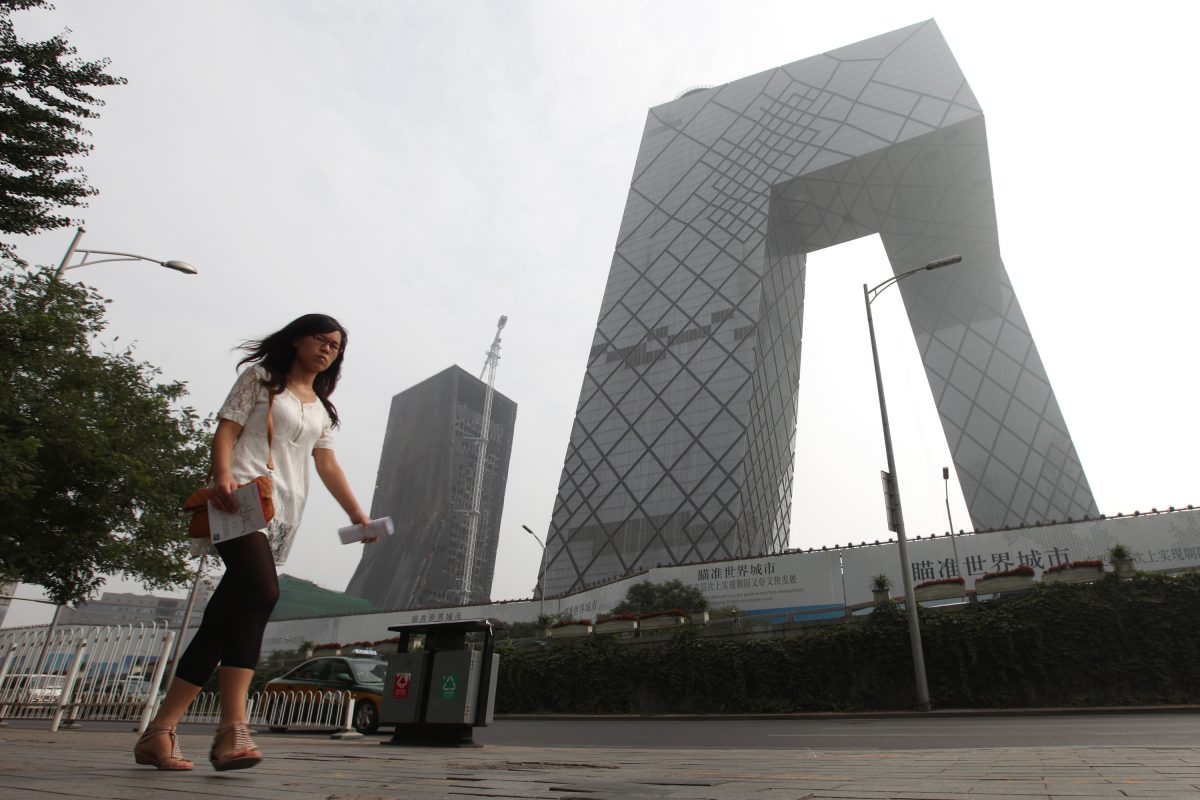 The U.S. State Department recently required five Chinese state-owned media outlets in the United States to be registered as foreign missions. However, it did not require China Central Television (CCTV) to do so.

CCTV is a Chinese state-owned media outlet and official propaganda mouthpiece of the Chinese Communist Party (CCP). CCTV has 50 channels, and its Channel 9 (CCTV-9) was rebranded as CGTN (China Global Television Network) in 2015. CGTN is owned and operated by CCTV.

While the U.S. State Department required CGTN to be registered as a foreign mission, CCTV itself has not had to undergo this registration.

The Chinese communist regime has long been known for imposing media censorship. Reporters Without Borders (RSF) in 2019 ranked China 177 out of 180 in the RSF World Press Freedom Index.

The CCP has been making rigorous efforts to expand its propaganda to international society in recent years.

In March 2019, RSF published a report titled “China’s Pursuit of a New World Media Order.” The report states: “China has been going to great lengths for the last decade to establish a ‘new world media order’ under its control, with the aim of deterring and preventing any criticism of itself.”

The report adds that this expansion “poses a threat to press freedom throughout the world.”

“Chinese state TV channels have broadcast at least 83 forced confessions since 2013—19 of them involving journalists or bloggers,” the report states.

RSF is a leading international nonprofit and nongovernmental organization with the mission to safeguard the right to freedom of information.

In January 2020, Freedom House (FH) published a report titled “Beijing’s Global Megaphone: The Expansion of Chinese Communist Party Media Influence Since 2017.” The report states that as the Chinese regime expands its influence on overseas media, the regime performs “activities that undermine democratic norms, reduce national sovereignty, weaken the financial sustainability of independent media, and violate the laws of some countries.”

The FH report outlines three goals of the CCP’s global media influence: “1) to promote a positive view of China and of the CCP’s authoritarian regime; 2) to encourage foreign investment in China and openness to Chinese investment and strategic engagement abroad; and 3) to marginalize, demonize, or entirely suppress anti-CCP voices, incisive political commentary, and exposés that present the Chinese government and its leaders in a negative light.”

On Jan. 1, CCTV reported that the Wuhan police department was taking action to stop rumors about an undiagnosed pneumonia, and eight “gossipers” who had spread the rumor were facing legal consequences.

One of these eight whistleblowers was Dr. Li Wenlian, who later became known as a hero because he tried to give an early warning to the public about the spread of the virus that causes COVID-19.

Li died in February after being infected by the virus. Before he died, he posted on social media a picture of himself on his deathbed, holding the paper that the police had forced him to sign to admit to spreading rumors.

CCTV has played a major role in covering up the seriousness of the COVID-19 epidemic in the city of Wuhan and the rest of China. To prevent factual reports about the virus from becoming available to the international community, the regime has used a number of tactics, including recently expelling three Wall Street Journal reporters.

In another example, on Dec. 30, CCTV broadcast a program that showed how a reeducation camp in China’s Xinjiang Province converted a Uyghur “Muslim extremist.” The program called the reeducation camp a “Vocational Education and Training Center.”

The Uyghurs are a predominantly Muslim ethnic group living mainly in Xinjiang. Reeducation camps in Xinjiang have reportedly operated outside the legal system since 2017 for the purpose of indoctrinating Uyghurs.

Local authorities have been holding hundreds of thousands of Uyghurs captive for the purpose of “countering extremism and terrorism and promoting sinicization.”

On Aug. 9, CCTV published a news report that accused U.S. CIA agents of providing training for Hong Kong protesters to engage in violence against the local authorities.

On April 15, CCTV uploaded to YouTube a two-episode documentary program called “Tibet’s New Life in Prosperity” (translated from Chinese). The program, originally produced by Beijing TV (BTV), describes how the Dalai Lama “lied” to Chinese military officials in order to flee China, and “openly betrayed his motherland” in 1959.

The Dalai Lama was the recipient of the Nobel Peace Prize in 1989 and the U.S. Congress Gold Medal in 2006. He is one of the spiritual leaders of Tibetan Buddhism, and he fled to India in 1959 to escape from the CCP’s political and religious persecution.

On July 15, CCTV broadcast news defending the regime’s efforts to build new islands in the South China Sea. The news report stated that the U.S. Defense Secretary’s criticism of China’s island-building effort was a smear attack on China.

China had built at least seven artificial islands by filling up reefs in the South China Sea by mid-2015. The total size of these man-made islands is about 2,000 acres. One of the islands has a runway for the possible use of military aircraft.

In 2016 an international tribunal in the Hague ruled against China’s territorial claims in the South China Sea.

On Nov. 22, CCTV reported that the Chinese navy had expelled American navy ships from China’s territorial waters in the South China Sea.

Since October 2015, U.S. Navy warships have conducted freedom of navigation operations in the South China Sea. The U.S. government has stated that these operations only challenge excessive maritime entitlement claims and not territorial claims.

The Epoch Times emailed and made phone calls to the U.S. State Department, asking why CCTV is not required to be registered as a foreign mission, but had received no response by press time.

CCTV-4 has been selected by the U.S. Census Bureau as one of its media partners and has received U.S. taxpayers’ money from the 2020 Census outreach program.