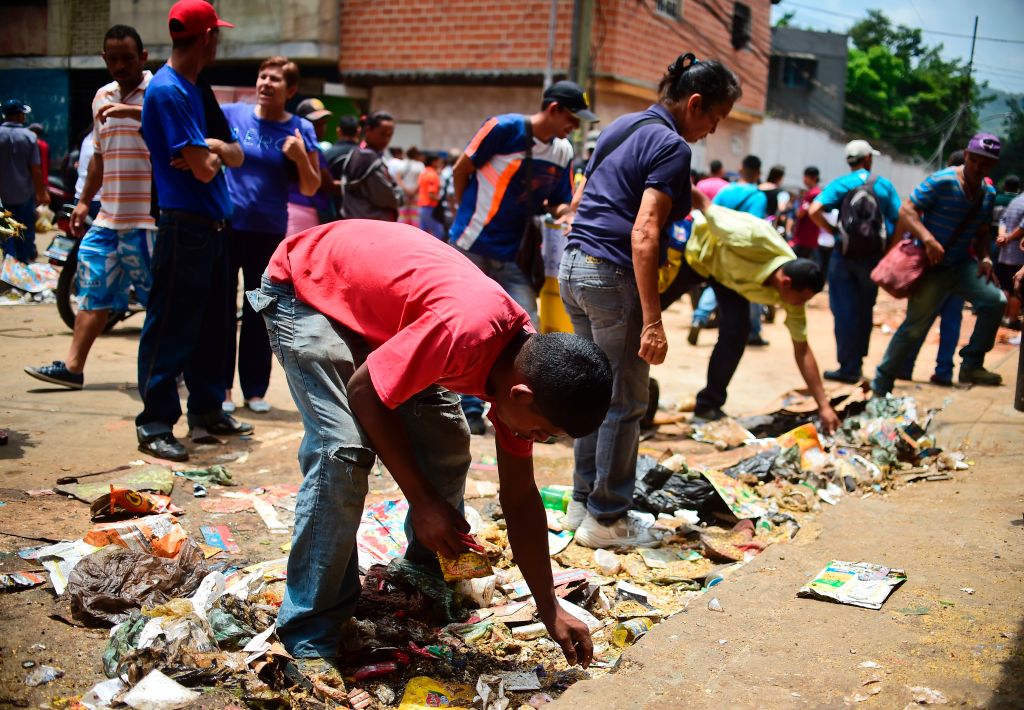 Children attending schools across Venezuela are regularly fainting due to a lack of food, The New York Times reported.

The publication cited an incident at the Augusto D’Aubeterre Lyceum primary school in which five children fainted and two more were taken to hospital during a 15-minute prayer ceremony led by a local Catholic bishop.

Many of the students at the school attend class without having eaten breakfast or dinner the night before, amid the country’s devastating six-year economic crisis, according to the publication.

Meanwhile, children are reportedly basing their decision to attend school on whether or not food will be provided to students.

Venezuela, which is home to the world’s largest crude oil reserves, had previously maintained relative stability and had one of the fasting-rising economies in Latin America.

However, it has witnessed a catastrophic economic crisis since 2014 when the global price of oil dropped along with the demand for Venezuelan oil. The South American nation’s gross domestic product plummeted and inflation quickly skyrocketed.

The country’s economy relied heavily on oil exports, which made up roughly 90 percent of its earnings, and with those earnings, the socialist government, led by Hugo Chávez from 1999 to 2013, paid for numerous social programs.

They intended to combat poverty and inequality throughout the country, while subsidies were also provided to individuals on low incomes for health services.

Meanwhile, schools across the nation provided students in even remote areas with an education, however the government’s spending obligations grew dramatically.

As a result of its economic turmoil, nearly 32 million Venezuela citizens have been left unable to buy food and medicine, while power cuts and shortages have become a regular occurrence.

As political discontentment steadily grows within the nation, a reported four million Venezuelans have left the country in recent years, depleting it of both students and teachers alike.

For those teachers who remain, wages are next to nothing, while some schools barely see 100 students as opposed to the thousands that previously attended due to the high cost of uniforms, school utensils, and bus fares.

Experts have now warned of the danger Venezuela’s collapsed education system poses to its citizens, which could potentially stunt the country’s development.

“An entire generation is being left behind. Today’s education system doesn’t allow children to become meaningful members of society,” Luis Bravo, an education researcher at the Central University of Venezuela in Caracas, told the publication.

Many schools are now reportedly closing down in the formerly wealthy nation, in contradiction to President Nicolás Maduro’s socialist government’s long-preached ideology of social inclusion.

Earlier this week Maduro’s government appeared to loosen its control over the country’s strict enforcement of price controls by allowing the first Black Friday discounts in recent years.

Malls and small retailers across the country advertised discounts of up to 80 percent on a range of goods, in the hope that it would encourage an influx of Christmas shoppers and compensate for weak sales, which dropped by 50 percent this year, Reuters reported.