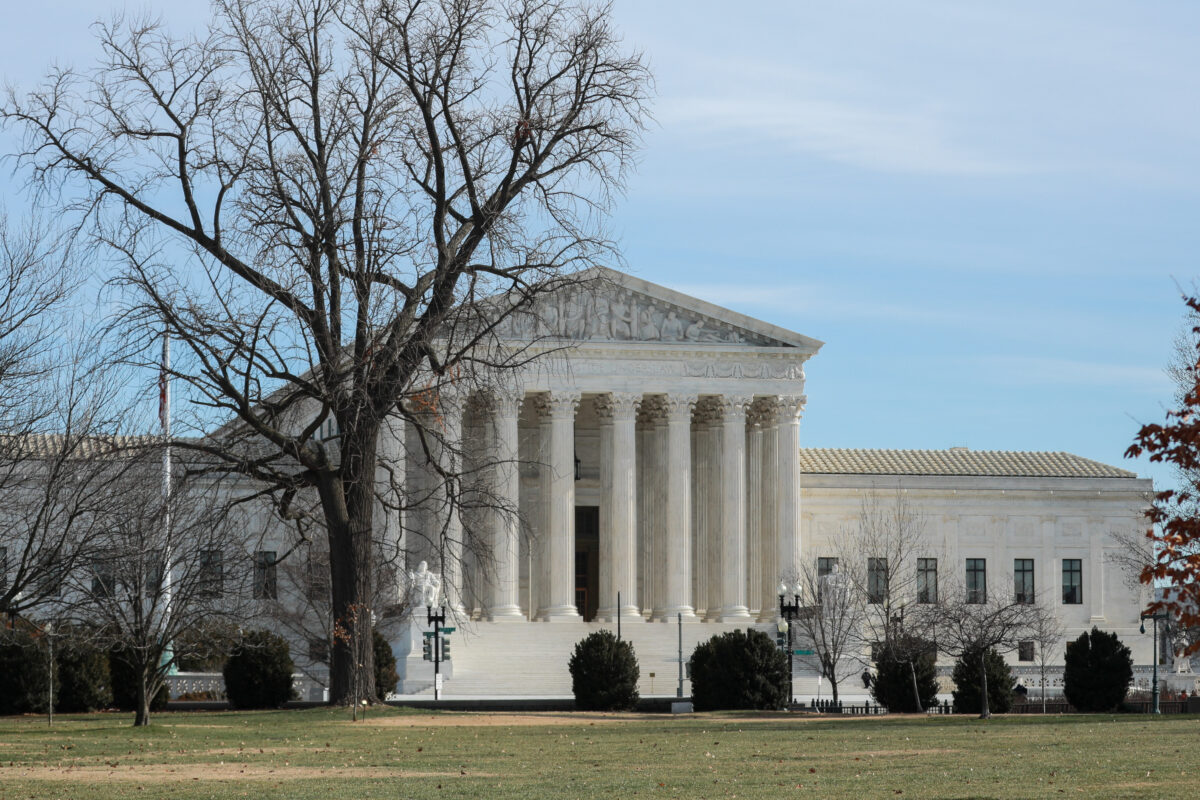 The Supreme Court ruled on Tuesday that the family of a Mexican teen who was shot and killed by a border patrol agent outside the country cannot pursue a claim of damages against the officer.

The top court justices ruled 5-4 that a Bivens claim cannot be extended to this case where there would be serious foreign affairs and national security consequences. The Bivens doctrine gave private citizens the implied right to sue a federal officer, acting under federal authority, who had violated the Constitution for damages. The doctrine came out of the 1971 Supreme Court case Bivens v. Six Unknown Named Agents.

In the case at hand, cited as Hernandez v. Mesa, U.S. border patrol agent Jesus Mesa shot and killed Sergio Adrián Hernández Güereca, a 15-year-old Mexican national, in June 2010. The family and Mesa have disputed what the 15-year-old was doing at the time that led to the shooting. According to the family, Hernandez was playing with a group of friends on the Mexican side of a cement culvert that separates El Paso, Texas, from Ciudad, Mexico. The game that they were playing required the teens to run up the embankment on the United States side, touch the fence, and run back down to the Mexican side.

In Mesa’s version of the facts, Hernandez and his friends were allegedly part of an illegal border crossing attempt. After Mesa arrived at the scene, he detained one of Hernandez’s friends, while the rest of the youth, including Hernandez, fled back to the Mexican side. An FBI investigation found that the group of teens then began throwing rocks at Mesa. Mesa gave verbal commands to the teens to “stop and retreat” but they continued to throw rocks at the agent. While on the U.S. side, Mesa then fired his weapon at least twice across the border, striking and killing Hernandez, who was in Mexican territory.

The Justice Department also conducted an investigation finding that there was insufficient evidence to prosecute Mesa for homicide offenses and that he “did not act inconsistently with CBP policy or training regarding use of force.”

Mexico was not satisfied with the U.S. investigation and had requested Mesa to be extradited to face criminal charges in a Mexican court. The United States has denied that request.

Hernandez’s parents subsequently sued for damages at the district court claiming that Mesa had violated their son’s Fourth and Fifth Amendment rights. The district court dismissed the case, and the 5th U.S. Circuit Court of Appeals affirmed the decision. The family then appealed the decision to the Supreme Court.

This court then vacated the lower court’s decision and sent the case back to the lower courts for further consideration, in light of a related case about governmental immunity. The 5th Circuit affirmed the decision to dismiss the case, refusing to recognize a Bivens claim for the cross-border shooting.

In May, the Supreme Court again agreed to take up the case to consider whether the family could make a claim of damages against Mesa under a Bivens claim.

In the majority opinion (pdf), Justice Samuel Alito wrote that the Bivens doctrine cannot be expanded to a new context of a cross-border shooting that impinges on foreign relations.

“A cross-border shooting is by definition an international incident; it involves an event that occurs simultaneously in two countries and affects both countries’ interests. Such an incident may lead to a disagreement between those countries, as happened in this case,” he wrote.

He said the Executive Branch, who plays the lead role in foreign policy, had already taken the position that Mesa should not face charges in the United States nor be extradited to stand trial in Mexico. Meanwhile, Mexico has taken a different approach and has asked for Mesa’s extradition.

“Both the United States and Mexico have legitimate and important interests that may be affected by the way in which this matter is handled,” he continued. “It is not our task to arbitrate between them.”

“In the absence of judicial intervention, the United States and Mexico would attempt to reconcile their interests through diplomacy—and that has occurred,” he wrote.

The court also found that the extension of the Bivens doctrine could risk border security, where applying the principle could “interfere with the system of military discipline created by statute and regulation.”

Ginsburg wrote that the suit the family bought was “no different from one a federal court would entertain had the fatal shot hit Hernández before he reached the Mexican side of the border.”

Justice Thomas, with Justice Gorsuch joining, also wrote a concurring opinion, saying that he thinks “the time has come to consider discarding the Bivens doctrine altogether.”

“Federal courts lack the authority to engage in the distinctly legislative task of creating causes of action for damages to enforce federal positive law,” Thomas wrote. “I see no reason for us to take a different approach if the right asserted to recover damages derives from the Constitution, rather than from a federal statute. Either way, we are exercising legislative power vested in Congress.”

The Trump administration had been watching this case closely, with the Justice Department filing a friend-of-the-court brief in support of the officer in September (pdf).

Matthew Vadum contributed to this report.