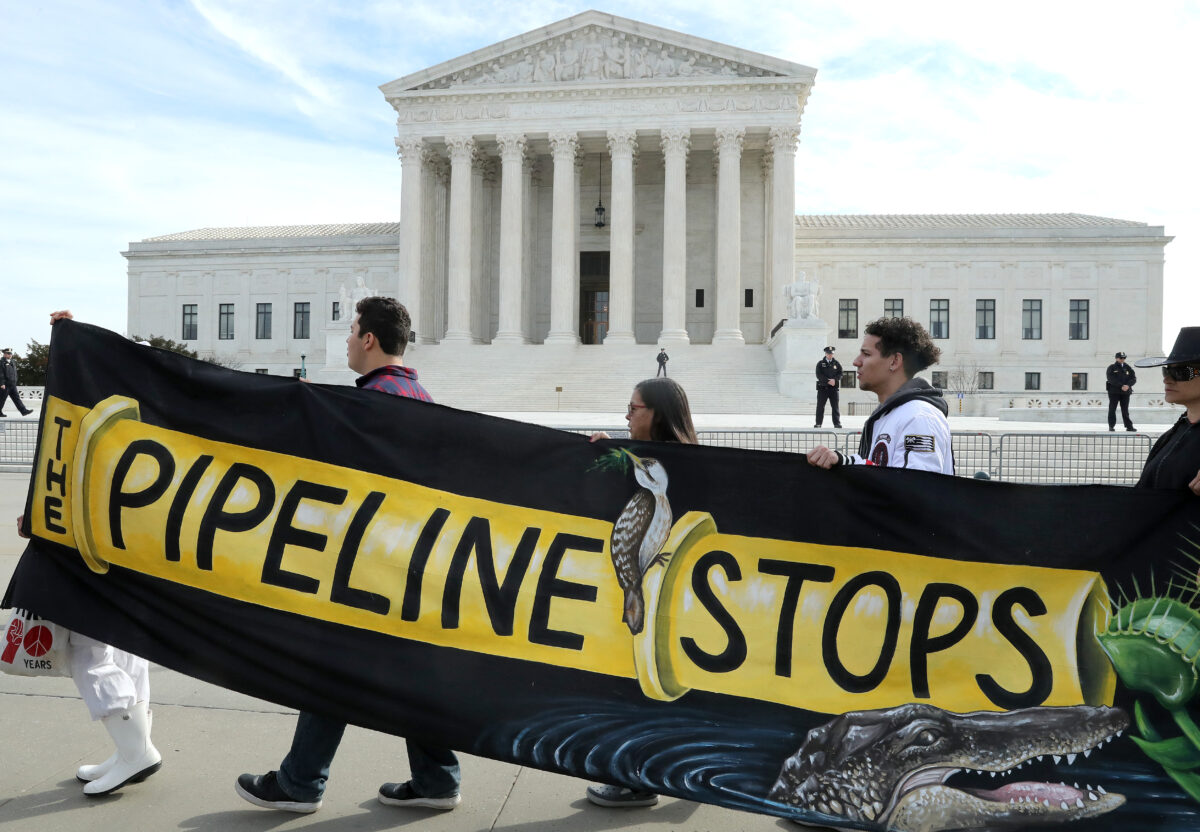 The Atlantic Coast Pipeline proposed by Richmond, Virginia-based Dominion Energy Inc. is supposed to run 604.5 miles, bringing fracked natural gas from the Marcellus Shale basin in West Virginia to Virginia and North Carolina. With a diameter of 42 inches, the pipeline would have a capacity of up to 1.5 billion cubic feet of gas per day.

Dominion is developing the pipeline with Charlotte, North Carolina-based Duke Energy Corp., and hopes to get construction started mid-year and finished by late 2021. A regulatory review of the impact of the project on endangered species is not yet complete.

After other regulators approved the project, the U.S. Forest Service, which is part of the U.S. Department of Agriculture, decided to allow the pipeline to cross underneath a portion of the nearly 2,200-mile Appalachian National Scenic Trail that winds through 14 states stretching from Georgia to Maine, but the 4th Circuit Court of Appeals sided with environmentalists and overruled the agency.

Supporters of the pipeline say the appeals court incorrectly substituted its judgment for that of Congress and the executive branch. They say the appeals court was wrong to find that the Forest Service lacked authority under the federal Mineral Leasing Act to approve a right-of-way for a pipeline that crosses the Appalachian Trail.

Anthony A. Yang from the U.S. Solicitor General’s Office said during oral arguments Feb. 24 that without the right-of-way, “the whole enterprise is done,” adding the parties involved would “have to start over.”

“If a tree falls on forest lands over the trail, it’s the Forest Service that’s responsible for it,” Yang said. “You don’t call the nine Park Service employees at Harpers Ferry and ask them to come out and fix the tree.”

The environmentalists’ “theory is inconsistent with the [National Trails Systems] Act and would dramatically change the national trail system,” he said.

Dominion Energy and the Trump administration take the position that even though the National Park Service manages the Appalachian Trail, the land on which it sits is part of a national forest, which means it is within the jurisdiction of the Forest Service.

Justice Elena Kagan seemed perplexed, telling Yang that separating the trail from the land was “a difficult distinction to wrap one’s head around.”

Chief Justice John Roberts differed, comparing the trail to an easement, in which someone owns the land itself, but others have the right to cross it.

This “just doesn’t strike me as that unusual a concept,” he said.

Roberts also seemed incredulous at the arguments advanced by Michael K. Kellogg on behalf of the association.

The jurist asked Kellogg if it was his position that the Appalachian Trail constituted an “impermeable barrier” between the natural gas pipeline and the communities to its east that need the energy it would bring.

“Absolutely incorrect, Your Honor,” the lawyer replied, saying that there are “55 pipelines currently running under the Appalachian Trail,” 19 of which are on federal land by virtue of permanent easements, and two of which are on state and local lands.

Justice Sonia Sotomayor told Kellogg he didn’t appear to have proven “the parade of horribles that have been put forth.”

She said her “most serious” concern was the view that “the entire trail” can be used to “stop pipelines or other things across the country.”

Kellogg said that in the past 50 years, “there has not been a single new pipeline right-of-way through federal lands under the Appalachian Trail,” though some have been granted on “state, local, and private lands.”