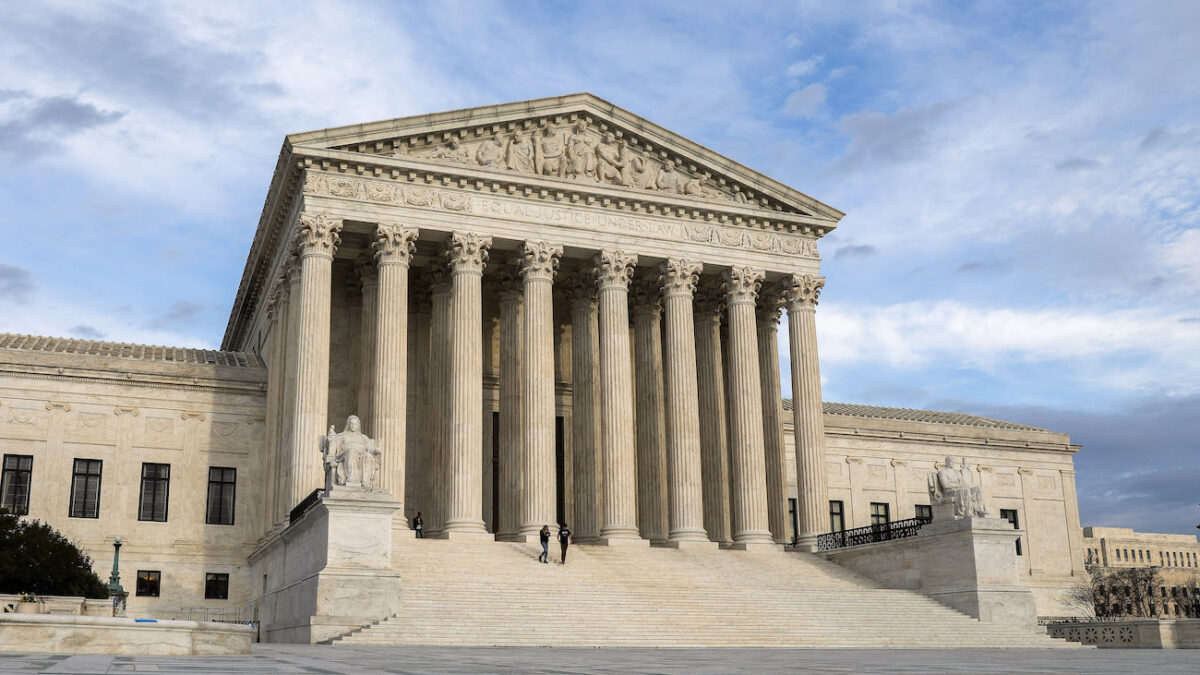 The U.S. Supreme Court has temporarily blocked a lower court ruling that would have waived some requirements for absentee ballots and allow some Alabama counties to set up curbside voting.

The 5-4 vote along ideological lines allows Alabama to enforce its usual rules in holding an election at least until an appeals process is resolved. The state has a runoff election on July 14.

Alabama requires voters to submit photo ID when they apply for an absentee ballot, and for the ballot to be returned along with the signature of two witnesses or a notary.

Abdul Kallon, a district court judge in Birmingham, Alabama’s largest city, issued a preliminary injunction on June 15 that would have effectively freed voters from the photo ID requirements in three of the state’s large counties if they are 65 or older, have a disability, or underlying health conditions. Such voters could also bypass the requirement of having their ballots signed by a witness under the ruling.

Alabama Secretary of State John Merrill had earlier appealed to the 11th Circuit Court of Appeals to stay Kallon’s ruling. But the 11th Circuit denied his request. On June 30, Merrill turned to the U.S. Supreme Court for a stay.

The court’s five conservatives—Justices John Roberts, Clarence Thomas, Samuel Alito, Neil Gorsuch, and Brett Kavanaugh—ruled in favor of Alabama’s application for a stay (pdf). The justices did not issue an opinion. The other more liberal justices denied the application.

Kallon’s order will now remain stayed while the court decides whether to hear Alabama’s appeal.

Merrill announced on Twitter late Thursday, “With the news that we have received a stay in this process, I am excited that the United States Supreme Court has ruled in favor of those who believe in strict interpretation of the Constitution and has decided to grant the stay and not endorse legislating from the bench.”

With the news that we have received a Stay in this process, I am excited that the United States Supreme Court has ruled in favor of those who believe in strict interpretation of the Constitution and has decided to grant the Stay and not endorse legislating from the bench. pic.twitter.com/qwTg5skBs0

Alabama had argued against Kallon’s ruling, saying that the rules are needed to combat any chances of voter fraud. The state also argued that it would be confusing to change absentee ballot rules in three of Alabama’s 67 counties and that curbside voting would be a major change done right before the election.

Merrill’s office said that no counties have expressed a wish to offer curbside voting as of early Thursday, reported AL.com.

Lawyers for the state wrote in their petition to the Supreme Court: “But this dichotomy between voting and safety is false, even during COVID-19. The individual plaintiffs in this case regularly see at least one other person. Can they really not find a safe way to have a second person watch them sign a piece of paper?”

The court rulings stem from a lawsuit filed by the NAACP (National Association for the Advancement of Colored People) Legal Defense and Educational Fund, the Southern Poverty Law Center, and the Alabama Disabilities Advocacy Program.

The lawsuit contended that Alabama’s rules force people to choose between voting and protecting their health. The three counties to which Kallon’s ruling applies are where plaintiffs in the lawsuit live.