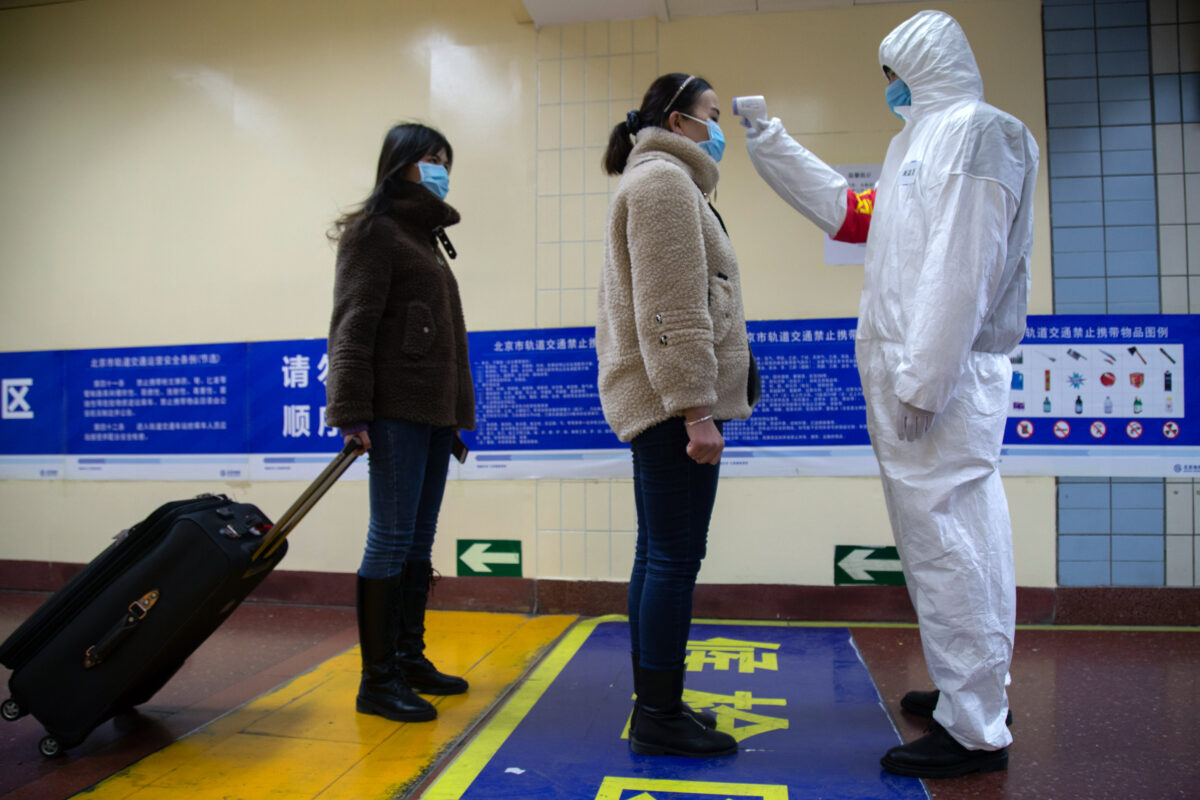 WASHINGTON—The United States faces a stealth war in which a fascist regime turns the openness of the West’s institutions against it.

This was the diagnosis of the threat posed by China by Air Force Brigadier General Robert S. Spaulding (Ret.), speaking at the Global Taiwan Institute on Feb. 12. Spaulding is the author of the recently released “Stealth War, How China Took Over While America’s Elite Slept.”

Spaulding framed his remarks by noting that at this particular moment the Chinese regimes faces grave danger, as it attempts to deal with three black swan events at the same time. A black swan event is a rare, unpredictable event that has potentially severe consequences.

The three black swans are the Trump administration, the Hong Kong protests, and the coronavirus. The combination of these crises is putting “extreme pressure on the regime,” Spalding said. He made his remarks in a discussion with GTI Executive Director Russell Hsiao.

The United States has provided the Chinese Communist Party (CCP) with the opportunity to exploit the strengths of America’s free and open society by turning those strengths into weaknesses, Spalding said.

That is “stealth war,” he added.

Americans, despite constitutional First Amendment freedom of speech rights, help the CCP by “self-censoring in violation of our own freedoms,” Spalding said.

To illustrate, Spalding suggested that American discourse shies away from criticizing or questioning the motives and behavior of Chinese students in the United States.  Americans will deny themselves that right rather than speak out against a potential risk, Spalding said.

Knowing the American unwillingness to say something that could be construed as racism, “the CCP uses this as a tool to get what it wants.”

Thus, the American strength of freedom of speech becomes a weakness in practice, making most Americans reluctant to point a finger at a Chinese student and suggest that he or she “might be taking something sensitive back to China,” Spalding said.

The China model has been described as an authoritarian capitalistic model, but Spalding asserts that “it’s far more apt to call it fascism.”

Saying that “the means of production are owned by the state,” Spalding asserts that even private business in China is co-opted by the CCP because the Communist Party is “the sovereign of the people.”

The retired B-2 pilot urges his audience not to forget that China has not one, but two, constitutions.

The constitution of the state is for public consumption, and is similar in structure to the American and other constitutions from around the world.

The CCP constitution, however, is the one that matters, Spalding said, describing it is “a layer” of power that sits over the state structure of the People’s Republic of China.

Indeed, it is the CCP constitution, not the state constitution, that declares that the people of China are led by the Chinese Communist Party, not by the state or its republic.

Our companies have played a role in developing the risk that China is today, Spalding asserts.

“We have given the CCP the means to control their population in a way that no authoritarian power has ever been able to do”, he states.

Hsiao asked Spalding what advice he had for Taiwan.

“As goes Taiwan, as goes the free world,” Spalding replied.

Elaborating on that idea, Spalding continued, “TSMC [Taiwan Semiconductor Manufacturing Company] is the most advanced chip company in the world.”  They also have a “tight relationship with Huawei.”

Thus, Spalding reasoned, companies like TSMC “are allowing the CCP to attain power.”

“If we don’t break the cycle” of Taiwanese and American companies being incentivized by the economy and by Beijing, then there’s “no hope for Taiwan or for the United States.”

Indeed, TSMC is in a difficult position, according to Tim Culpan, writing in Bloomberg Opinion.

Culpan, who says he has been reporting on TSMC for twenty years, reports that “TSMC is Taiwan’s largest company. It’s publicly listed, [and] has…an impeccable reputation for corporate governance. As a chipmaker to the stars, there’s no other company in the world that can do what TSMC does in terms of technological prowess or sheer capacity.”

Specifically, in terms of Taiwan, Spalding warned, to be “completely connected to Beijing is to lose what Taiwan is.”

In issuing the U.S. National Defense Strategy, the United States is saying “no.”  “We have to protect our society,” Spalding said.

Asked if the United States would consider decoupling from China, Spalding replied, “we are already involved in a decoupling” from China.  “Decoupling is happening.”

“We are in a bipolar world…and executing a decoupling because the Chinese refuse to play by the rules,” Spalding said.

It’s not only rule-breaking, Spalding said.  Domestic political involvement, influence, and interference in the United States is also part of the CCP’s playbook.

“Look at what Pompeo said at the Governors’ conference,” referencing comments made by Secretary of State Michael Pompeo at the recent National Governors Association Winter Meeting in Washington.

“Last year, a Chinese Government-backed think tank in Beijing produced a report that assessed all 50 of America’s governors on their attitudes towards China. They labeled each of you ‘friendly,’ ‘hardline,’ or ‘ambiguous.’

“I’ll let you decide where you think you belong. Someone in China already has. Many of you, indeed, in that report are referenced by name…

Echoing Spalding’s theme of the “stealth war” which China is visiting on the United States, Pompeo told the governors that China has “decided to exploit our freedoms to gain advantage over us at the federal level, the state level, and the local level.”

He cited a Chinese diplomat’s letter to a state legislator pressuring him to avoid any official contact with Taiwan; threats to a governor to cut off a Chinese investment if that governor visited Taiwan; and recruitment of professors through “Thousand Talent Plans” to lure them with huge paychecks into transferring key technologies, to name but a few of the many often seemingly-benign methods that the CCP is using to influence governance in the United States.

Spalding, who has seen active service in Iraq, chalks these measures up to fundamental differences between the United States and China in both philosophy and strategy.

“Clausewitz,” he said, referring to the Prussian military theorist Carl von Clausewitz, “said that war is politics by other means.”

“But there’s a whole different way of looking at competition,” Spalding said, referring to Chinese stealth war.  “Politics is war by other means.”