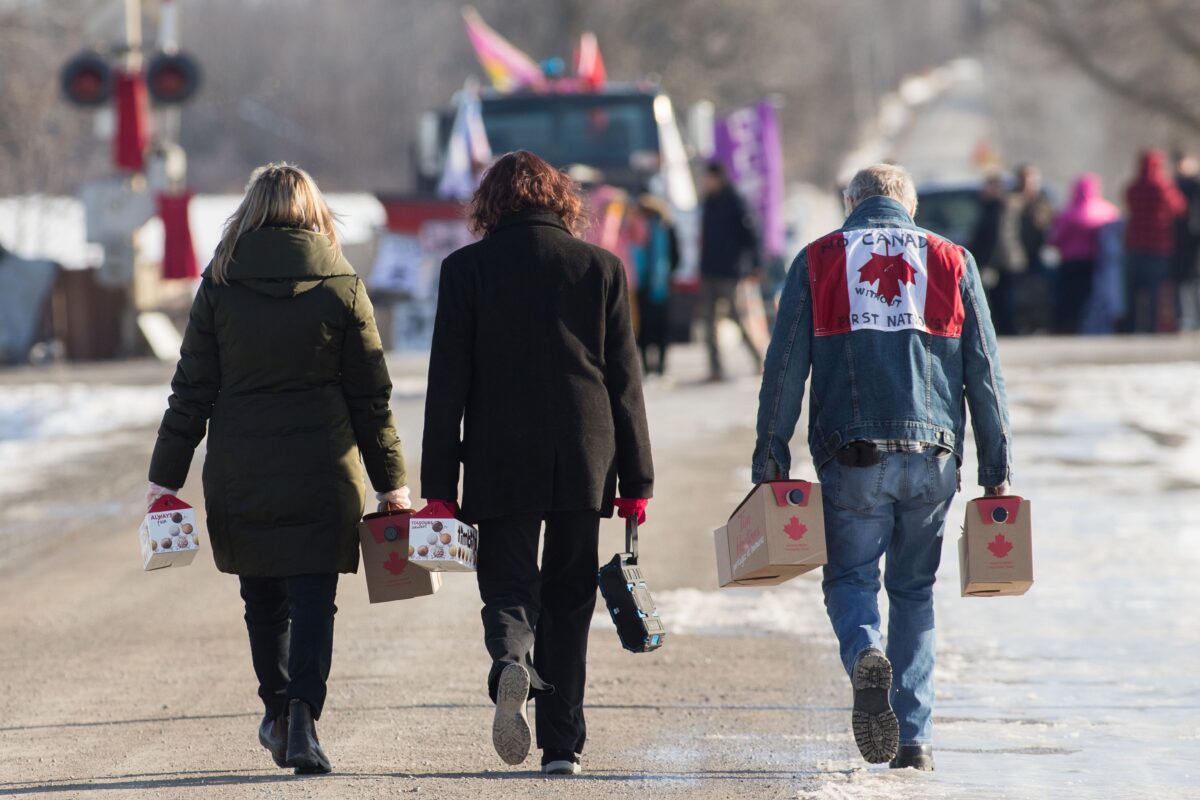 Visit the British Columbia Teachers’ Federation’s website and you’ll have no trouble finding its statement supporting the illegal rail blockades paralyzing our country’s economy. It’s right there on the homepage.

Under the headline, “Solidarity Statement in support of Unist’ot’en Camp and the Wet’suwet’en First Nation,” the BCTF calls on the federal and provincial governments to “respect the position taken by the Wet’suwet’en Hereditary Chiefs.” Since these hereditary chiefs want the Coast GasLink LNG pipeline project cancelled, the BCTF has aligned itself firmly against the project.

However, all 20 of the elected band councils along the pipeline’s route, including the Wet’suwet’en First Nation, have signed letters in support of the project. Opposition comes from five of the Wet’suwet’en hereditary chiefs. Interestingly, two of these hereditary chiefs were resoundingly defeated last year when they ran for elected positions on the band council. Add to this the many Wet’suwet’en community members who have publicly expressed their support for Coastal GasLink and it certainly appears that most Indigenous people in northern B.C. support the pipeline.

This should hardly come a surprise, since the economic benefits that will flow to the First Nations from the pipeline are going to be very significant. Thus, it is more than a little misleading for pipeline opponents to proclaim their “solidarity” with the Wet’suwet’en First Nation when the elected leadership strongly supports the pipeline because of the well-paying jobs their members will get from it.

Given these facts, it is bizarre that the BCTF would publish such a tone-deaf and misleading “solidarity statement” on its website. Sadly, BCTF is not the only teachers’ union to involve itself in this issue. The Ontario Secondary School Teachers’ Federation published a similar solidarity statement expressing support for the hereditary chiefs. In addition, the Elementary Teachers Federation of Ontario posted a solidarity message on social media and even provided a link to a donation page to help finance the protesters.

Considering that unions are formed for the express purpose of providing its members with the best working conditions possible, it is odd that teachers’ unions would endorse a blockade that has the potential to seriously cripple the Canadian economy. When people lose their jobs, they often have no choice but to move elsewhere to find work. Resource-based communities, such as those in northern B.C., feel the impact particularly hard. Fewer students in community schools inevitably leads to teacher layoffs.

Right now, Ontario teachers are in the midst of a protracted labour dispute with the provincial government. The province is offering a one percent increase in salaries while the unions insist teachers need a two percent increase to keep up with inflation. However, blocking railroads and forcing the cancellation of major infrastructure projects will lead to governments, including the province of Ontario, having less money available to pay for things such as salaries for teachers. One wonders why teachers’ unions seem to be unable to understand this basic economic principle.

The problem is that teachers’ unions are often far too eager to become involved in controversial social issues, especially left-wing causes. In Canada, the BCTF is one of the worst offenders. For example, the first link on its “Peace and Global Education” website page is to Press TV, an Iranian-owned TV station controlled by Supreme Leader Ayatollah Ali Khamenei. This station is notorious for its its anti-Western bias and hostility to Israel, and was sanctioned in the U.K. for broadcasting an interview conducted under forcible conditions in Iran. Frankly, it’s shocking that such a disreputable station would be recommended by the union as a beneficial resource for classroom teachers.

Ironically, the BCTF homepage currently has a “statement of solidarity with Iranian-Canadians” expressing condolences to all those who are grieving the loss of the passengers on Ukrainian International Airlines Flight 752. What’s mind-boggling is that nowhere in the five-paragraph statement is there any mention of the fact that the plane was shot down by Iranian missiles or that the Iranian government did everything it could to cover up its involvement. In fact, it appears the union went out of its way to avoid offending the Iranian government.

If we had to rely on the BCTF website as our guide, we would have no choice but to conclude that all B.C. teachers are radical social justice activists who block natural resource development, oppose capitalism, despise Israel, and support the Iranian government. Nowhere does the union give the slightest hint that its 45,000 member teachers might have different viewpoints on these, and many more, controversial issues.

Fortunately, grassroots teachers are far more thoughtful and diverse in their opinions than their union leaders. Teachers can be found across the political spectrum and in all major political parties. Union leaders do a disservice to teachers when they take a one-sided stand on controversial social issues, especially when these issues do not relate to teachers’ salaries, pensions, or working conditions.

Public school teachers have a responsibility to follow the provincial curriculum and deal with controversial issues in as objective and fair-minded way as possible. The last thing teachers need is for their unions to get involved in radical social justice activism.

Teachers’ unions would do well to focus on working conditions, wages, and pensions, and let teachers make up their own minds on social issues.

Michael Zwaagstra is a public high school teacher and author of A Sage on the Stage: Common Sense Reflections on Teaching and Learning.