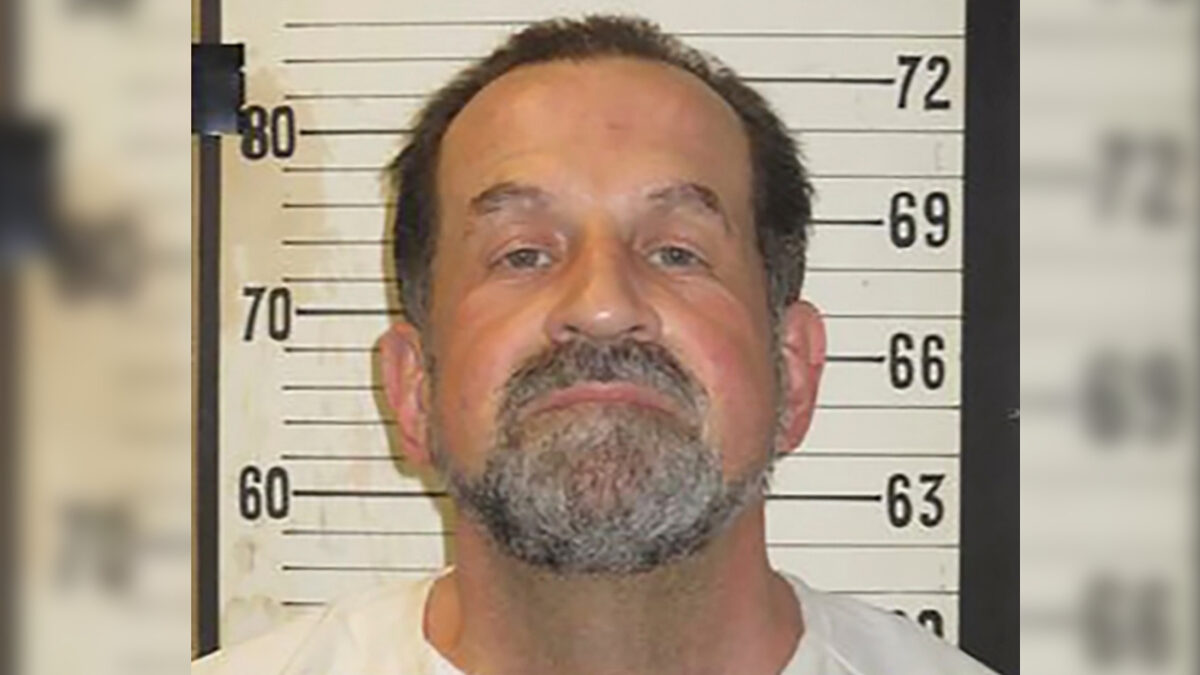 A death row inmate convicted more than three decades ago of stabbing a fellow prisoner to death over a drug deal gone bad was executed in the electric chair in Tennessee on Feb. 20.

Nicholas Sutton, 58, was pronounced dead at 7:26 p.m. at the Riverbend Maximum Security Institution in Nashville.

Sutton was the fourth inmate executed in the United States this year and the first in Tennessee. Since 2018, four other U.S. inmates have died in the electric chair.

Asked if he had any last words, Sutton looked directly into the witness room and spoke clearly.

“I would like to thank my wife for being such a good witness to the Lord, and my family and many friends who loved and supported me and tried so very hard to save my life,” Sutton said.

He also spoke of his Christian faith, saying that Jesus Christ had “fixed him.” He added, “I’m just grateful to be a servant of God, and I’m looking forward to being in his presence.”

Sutton was sentenced to death in 1986 for killing fellow inmate Carl Estep in a conflict over a drug deal while both were incarcerated in an East Tennessee prison, where Sutton had been serving time for the killings of his grandmother and two others when he was 18.

No family members of either Sutton or his victims witnessed the execution. Tennessee Department of Correction spokeswoman Dorinda Carter told reporters that Sutton had asked his family not to be present.

Only relatives of Sutton’s last victim, for whose murder he was sentenced to death, were allowed to witness the execution. None did. However, the sister of one of Sutton’s earlier victims, John Large, was present in the prison.

After the execution, Carter read a statement from Amy Large Cook that said, in part: “John was denied the opportunity to live a full life with a family of his own. My children were denied meeting a wonderful man who would have spoiled them rotten and loved them with all his heart. He suffered a terrible and horrific death, and for that I will never forgive Mr. Sutton.”

Sutton’s supporters, including several family members of his victims and prison workers, had recently asked Gov. Bill Lee to commute the sentence, saying Sutton had rehabilitated himself in prison and was not the same person who first entered prison 40 years ago. His supporters included two prison workers who credited Sutton with saving their lives.

Retired Correction Lt. Tony Eden had stated in an affidavit included with Sutton’s clemency petition that Sutton confronted a group of armed inmates during a prison riot in 1985 and helped get Eden to safety.

“If Nick Sutton was released tomorrow, I would welcome him into my home and invite him to be my neighbor,” Eden wrote.

Gov. Lee said Wednesday that he would not intervene to stop the execution. And two last-ditch appeals to the U.S. Supreme Court were denied Thursday evening.

Sutton was serving time at the Morgan County Regional Correctional Facility for three murders when he carried out the prison slaying in 1985, according to court documents.

On the morning of Jan. 15, Sutton and Thomas Street entered Carl Estep’s cell and stabbed him 38 times in the chest and neck with two homemade knives, prosecutors said.

According to court records, four inmates testified they saw the men enter the cell and heard screaming. One of the inmates said he saw Sutton hold a knife to Estep’s throat during a “physical discussion” two days before.

One of the inmates also said Estep was a marijuana dealer at the facility who had sold the men “bad merchandise” and refused to refund their money.

He testified that after the men took Estep’s watch, Estep had threatened to kill Sutton.

In 1986, a Morgan County Criminal Court jury convicted Sutton of first-degree murder and sentenced him to death. Street was convicted and sentenced to life in prison. A third man who was accused of taking part in the attack was acquitted.

The Associated Press and Reuters contributed to this report