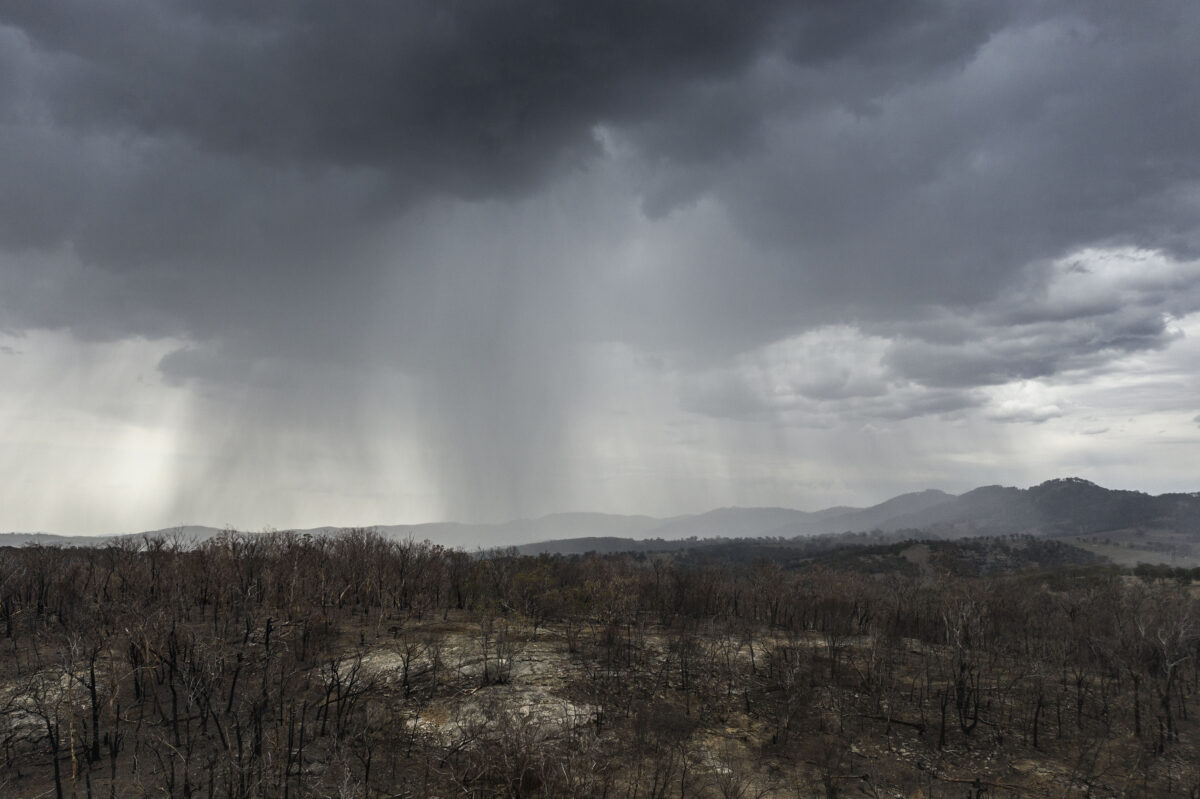 MELBOURNE—Thunderstorms and heavy rain swept across parts of Australia’s east coast on Thursday, bringing hope that some of the fierce bushfires razing the country will be extinguished or at least slowed.

Officials warned, however, that short, intense thunderstorms could lead to flash flooding, while lightning brought the risk of new fires being ignited.

“We’re expecting unsettled weather for the next four or five days or so at least,” Jake Phillips, a senior meteorologist at the Bureau of Meteorology told Australian Broadcasting Corp radio. “The rainfall in some areas might be useful and in other spots it might only be a millimetre or two.”

“There are risks a**ociated with it, so it’s not always necessarily a great thing, particularly if we get the rainfall really quickly. What we really need is soaking, steady rain.”

Australia has been battling its worst bushfire season on record since September, with fires killing 29 people and millions of animals, and destroying more than 2,500 homes while razing bushland across an area the size of Bulgaria.

There were still 85 fires burning across the state of New South Wales on Thursday, with 30 of them yet to be contained, while 19 fires were alight in Victoria, according to fire authorities.

The wet weather brought some respite from the smoke haze that has plagued Australia’s major cities for weeks and has been tracked by NASA circumnavigating the globe. Still, Canberra and Melbourne ranked among the top 30 most polluted major cities worldwide.

Fire and weather officials have also warned the current cool and wet weather change will only be a temporary relief, with the hot weather forecast to return in coming weeks.