How far would you go to prevent tragedy? For Mario Rodriguez of Georgia, it ended up being a whopping 2,800 miles.

After Rodriguez lost his beloved pit bull, King, his wife, Sabrina, noticed a plea for help from the other side of the country that touched her heart. The Animal Care Centers of NYC was appealing for a forever home for a dog named Hickory, a jolly 2-year-old pit bull who looked uncannily like the dog the Rodriguez family had lost. But the shelter was bursting at the seams and Hickory was scheduled to be euthanized. 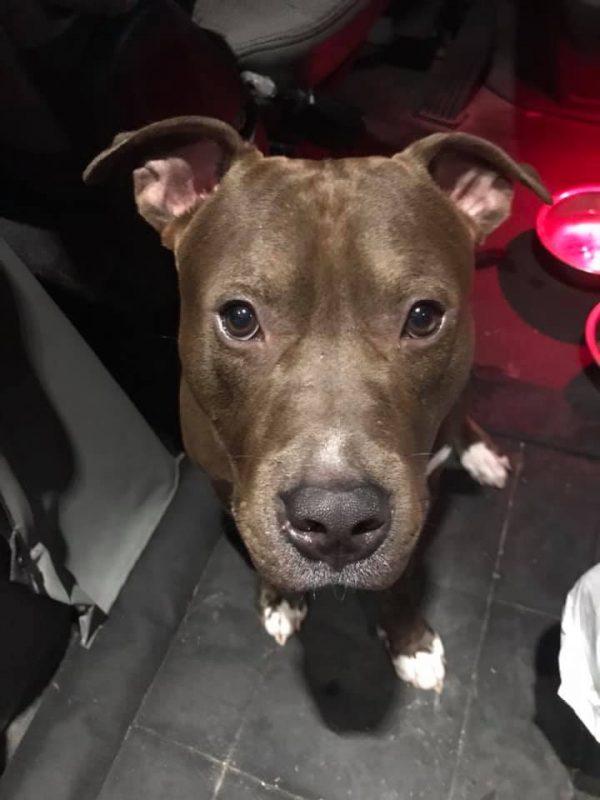 “Everyone in our family grew up with the breed,” Rodriguez told The Dodo. “They are such love bugs.” Rodriguez, a truck driver, was immediately hooked by Hickory’s story but knew he would be driving against the clock; Hickory was all the way across the country in New York. “I told my wife, ‘I need to go get him,’” he said. “‘I’m on a mission to rescue this dog.’”

The forward-thinking truck driver requested a job in the New York State area, and his employer obliged. Rodriguez called the shelter to ask them to hold Hickory for him; he was on his way, and the dog had a home if only they could hold out for a few days. “I was pushing through traffic and calling the shelter every single day,” Rodriguez admitted, terrified that he wouldn’t make it quickly enough. “He’s still here, Mario, he’s still here!” the shelter team responded. 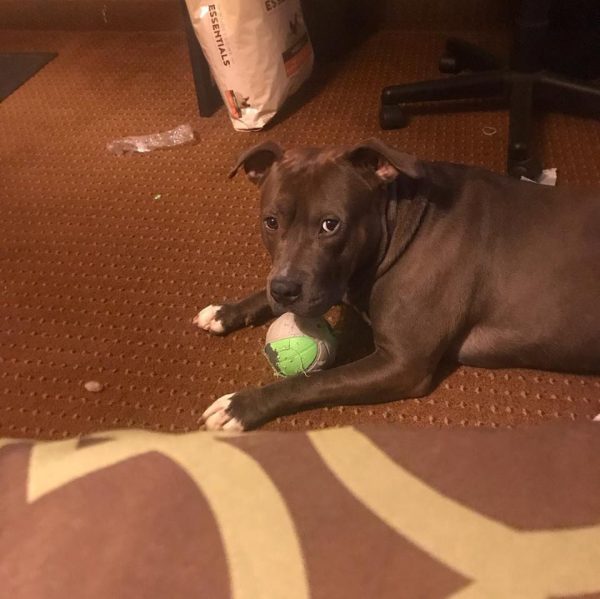 The journey ended up taking the stoic driver six whole days and nights. Rodriguez arrived at the Brooklyn ACC shelter with the weight of a week’s expectation on his shoulders, but he was not disappointed. “I parked my truck and rushed inside,” he remembered, explaining how the excited shelter staff fast-tracked him to the kennels to meet his new friend. “As soon as Hickory saw me, he literally almost jumped through the kennel door,” Rodriguez shared. “I said, ‘That’s it, buddy! We’re going home!’”

“It just looked like he was expecting me […] We had an instant connection.” 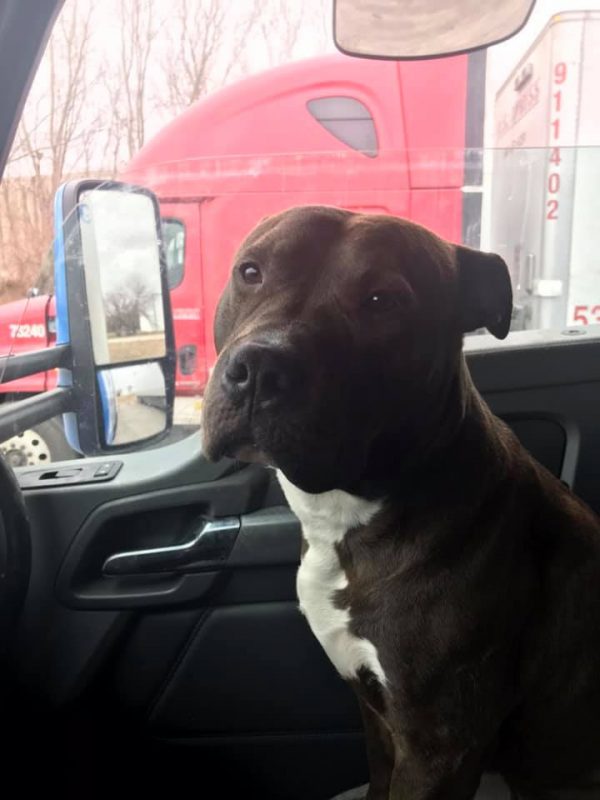 After adoption paperwork was completed and the bond was made official, the pair commenced their epic road trip back to Georgia. But this time, they were going to have fun. Hickory hopped right up into the truck, seemingly eager to meet his new family. When they made it home, Hickory was introduced to his “pit bull brothers,” Cooper and Angel; the three fell in love immediately, playing in the yard like excited children. “It was a sight to see,” Rodriguez said. 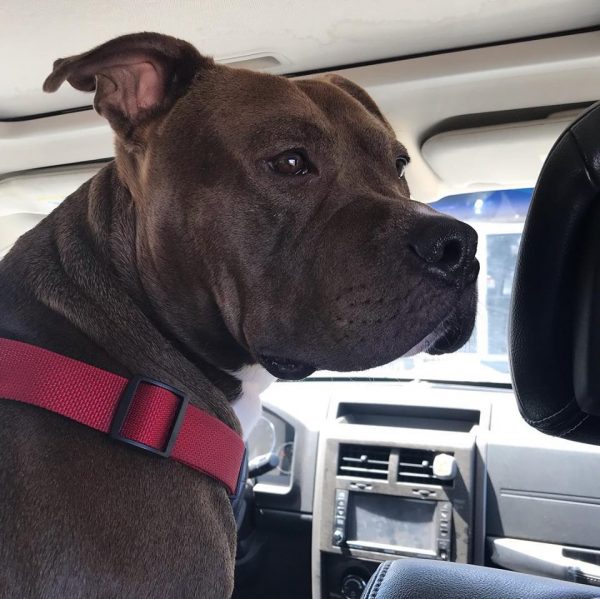 Hickory even played gently with the youngest member of the family, Rodriguez’s baby grandson. But for Hickory, the bond that meant the most was with the man who drove 2,800 miles to rescue him. As such, the family came up with a grand idea; Hickory would be Rodriguez’s permanent road trip buddy! 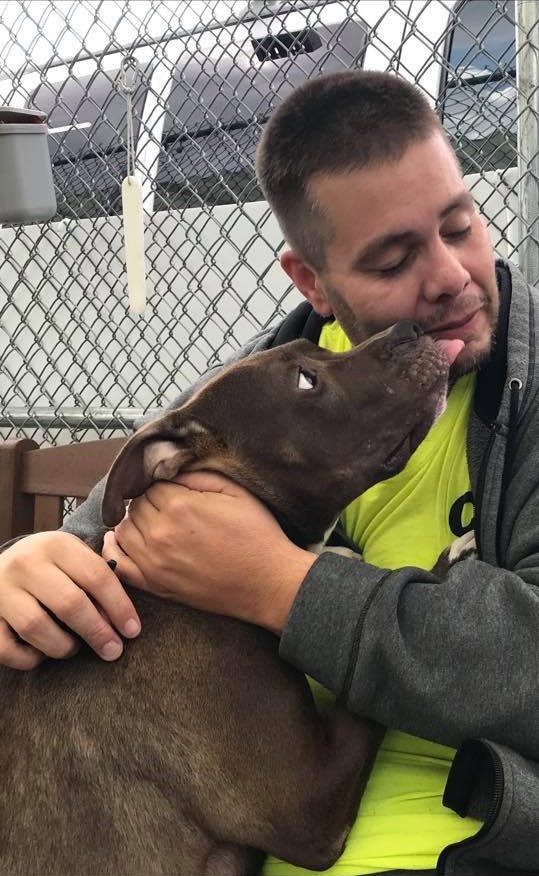 How does life on the road treat the adventurous pair?

Frankly, they love it. “He’s seeing so many things he’s never experienced before,” Rodriguez said of Hickory’s new lease on life, which is lovingly documented on the dog’s own Facebook page for all to enjoy. “We’ve stopped off places all the time, like to the park, or to farms out west where he’s met some horses.” Rodriguez is even saving one cent for each and every mile they drive; the money is being put towards adoption fees for other at-risk dogs like Hickory.

After a few more years of life on the open road, Rodriguez dreams of starting his own pit bull rescue after he retires. “Hickory was worth every one of those miles,” he said.