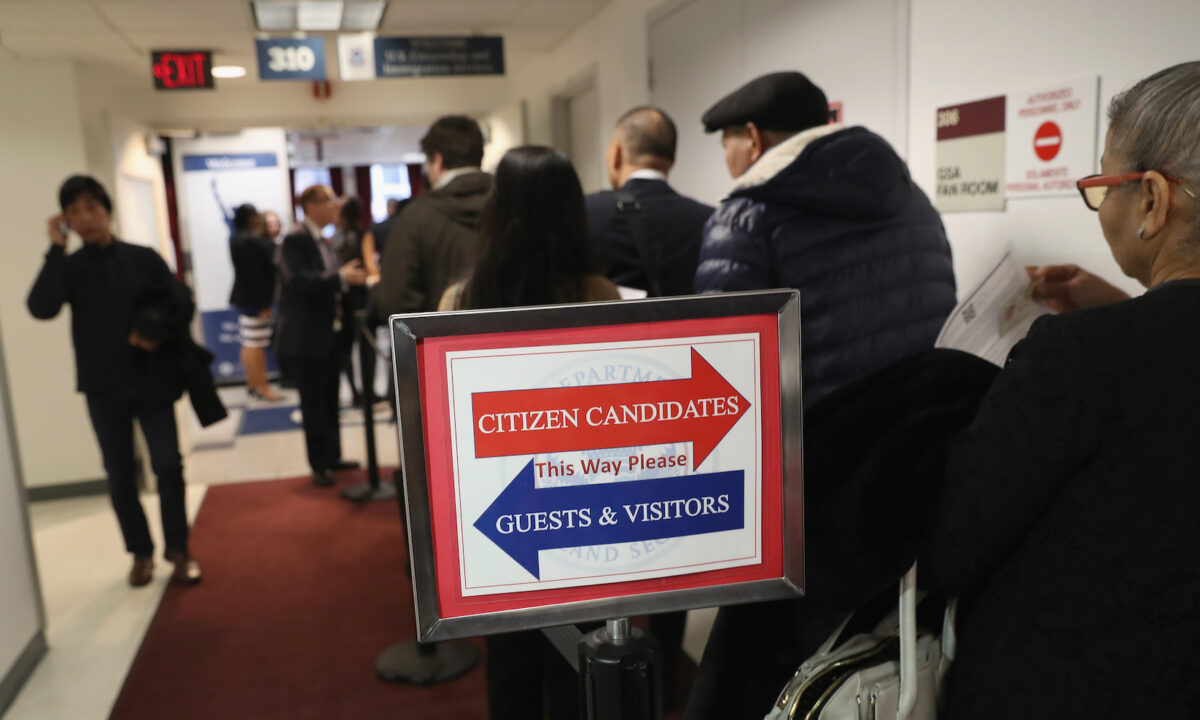 Trump administration will begin denying green cards to aliens who would be dependent on government welfare for extended periods from Monday after the Supreme Court lifted a state injunction on its “public charge” rule in Illinois, the U.S. Citizenship and Immigration Services (USCIS) announced on Saturday.

Based on the rule, which was first introduced on Aug. 14 last year, the Department of Homeland Security (DHS) will determine an alien as inadmissible to the country or ineligible for permanent residency if they are likely to become a public charge at any time in the future.

A public charge refers to an individual who is likely to become primarily dependent on the government for subsistence through assistance such as food stamps or Medicaid. The rule, also known as the Inadmissibility on Public Charge Grounds final rule, will consider a person a public charge if they receive at least one government benefit for more than 12 months in a three-year period.

“This final rule will protect hardworking American taxpayers, safeguard welfare programs for truly needy Americans, reduce the Federal deficit, and re-establish the fundamental legal principle that newcomers to our society should be financially self-reliant and not dependent on the largess of United States taxpayers,” White House Press Secretary Stephanie Grisham said in a statement.

The White House announced the new timeline after the Supreme Court lifted the last obstacle to the nationwide implementation of the public charge rule on Feb. 21.

The top court justices voted 5-4 on Friday to grant the halting of an injunction issued by a lower court in Illinois against the rule, allowing the Trump administration to enforce its policy in the state while an appeal plays out in the 7th Circuit. The oral arguments for the Illinois appeals case are scheduled for Feb. 26.

This comes after the Supreme Court lifted nationwide injunctions issued by a New York District Court that was upheld by the 2nd Circuit Court of Appeals at the end of January.

In January 2020, the Court allowed the Trump administration to enforce its rule across the country except for in Illinois due to a separate injunction ordered by the U.S. District Court for the Northern District of Illinois that applied to only that state.

Grisham said in the statement that The White House was “gratified” by Friday’s ruling.

“We are gratified by the Supreme Court ruling on Friday night lifting the final remaining injunction on the public charge regulation,” she said.”As a result, the Department of Homeland Security will be able to implement its regulation on Monday.”

Janita Kan from The Epoch Times contributed to this report.