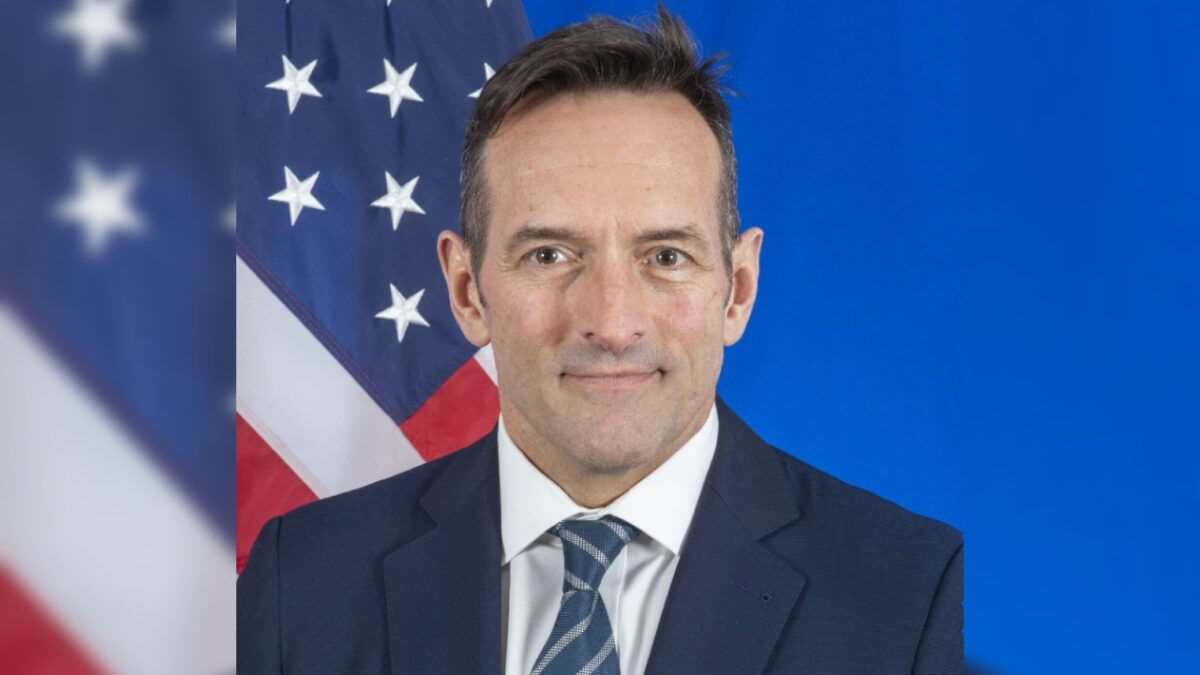 President Donald Trump on Feb. 21 announced his nomination of Roger D. Carstens as the Special Presidential Envoy for Hostage Affairs (SPEHA), according to a White House statement.

Carstens currently serves as Deputy Assistant Secretary in the Bureau of Democracy, Human Rights, and Labor at the Department of State, where he oversees the Bureau’s work in Near Eastern Affairs, Western Hemisphere Affairs, and the Office of Security and Human Rights.

A graduate of the United States Military Academy, he has also worked overseas with international NGOs in Somalia and Jordan, where he provided humanitarian assistance and stability support to Syrian refugees and internally displaced persons.

Carstens retired from the United States Army as a Lieutenant Colonel with 20 years of service, including in the Special Forces, 1st Ranger Battalion, and as Special Assistant for Legislative Affairs in the Office of the Secretary of Defense.

Following the announcement, National security adviser Robert O’Brien said on Twitter that the “appointment of Roger Carstens as Special Presidential Envoy for Hostage Affairs is an important signal reaffirming @realDonaldTrump’s priority of bringing home as many of our wrongfully detained Americans and hostages as possible.”

“It was my honor to serve as SPEHA from May 2018 to October 2019. I know Roger will do a great job implementing the President’s priorities and bringing our fellow citizens home.”

Earlier this week, O’Brien also responded to reports that Russia is interfering in the 2020 election in order to get President Donald Trump reelected.

He said reports that intelligence officials were briefed that the Kremlin is trying to give Trump a helping hand in his 2020 bid were a “non-story.”

“So, look, who knows what happened over at the House and the Intelligence Committee, but I haven’t seen any evidence that Russia is doing anything to attempt to get President Trump reelected,” he told ABC.

“I think it’s the same old story we’ve heard before,” O’Brien said, adding, “Our message to the Russians is stay out of the U.S. elections. We’ve been very tough on Russia and we’ve been great on election security.”

However, O’Brien said that reports that Russia is also interfering to help Democratic candidate Bernie Sanders came as “no surprise.”

“There are these reports that they want Bernie Sanders to get elected president. That’s no surprise. He honeymooned in Moscow,” he told ABC.

Sanders, a 78-year-old self-described Democratic socialist from Vermont, has himself addressed the reports, saying in a statement that he does “not consider Vladimir Putin a good friend.”

“He [Putin] is an autocratic thug who is attempting to destroy democracy and crush dissent in Russia. Let’s be clear; the Russians want to undermine American democracy by dividing us up … I stand firmly against their efforts and any other foreign power that wants to interfere in our election.”