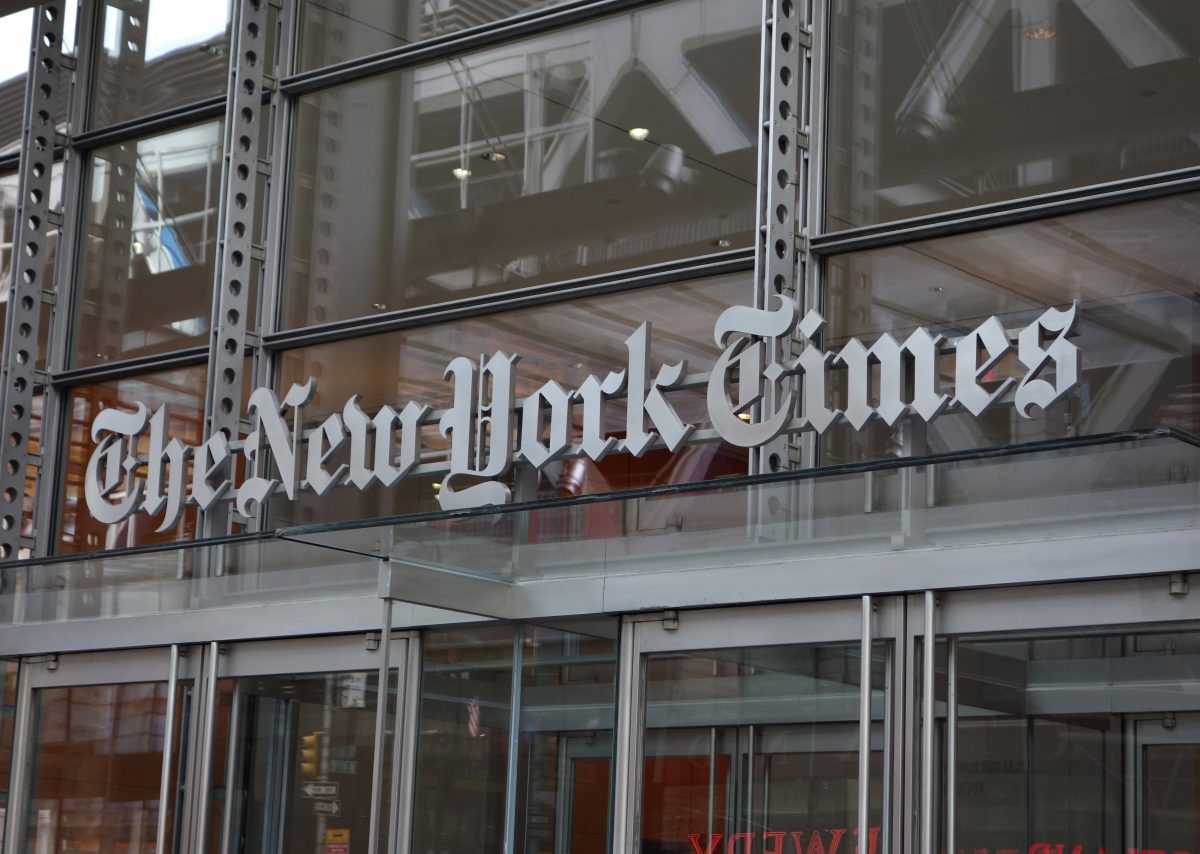 President Donald Trump’s reelection campaign has sued The New York Times for libel, claiming that the newspaper had published “false and defamatory statements” about the campaign in an opinion article last year.

The campaign, Donald J. Trump for President, Inc., filed the libel lawsuit on Wednesday alleging that the newspaper had intentionally published false statements claiming that the campaign had an “overarching deal” with Russia to help the campaign against 2016 Democratic presidential candidate Hillary Clinton for a pro-Russian foreign policy.

“The Times was well aware when it published these statements that they were not true,” the campaign’s complaint stated (pdf).

The campaign asserts that the New York Times’ own reporting had also confirmed the falsity of the statements in the op-ed but published the statements anyway, “knowing them to be false, and knowing it would misinform and mislead its own readers.” It claims that the newspaper published the statement because of its “extreme bias against and animosity toward the campaign” and in an attempt to “improperly influence the presidential election in November 2020.”

The 2019 op-ed in question, titled “The real Trump-Russia quid pro quo,” was written by Max Frankel, who was the newspaper’s executive editor from 1986 to 1994. The article claims that Trump’s campaign and Russia had an agreement in order to defeat Clinton in the 2016 presidential election.

“There was no need for detailed electoral collusion between the Trump campaign and Vladimir Putin’s oligarchy because they had an overarching deal: the quid of help in the campaign against Hillary Clinton for the quo of a new pro-Russian foreign policy, starting with relief from the Obama administration’s burdensome economic sanctions,” Frankel wrote in the op-ed. “The Trumpites knew about the quid and held out the prospect of the quo.”

Former special counsel Robert Mueller, in his investigation into whether the Trump campaign and his associates had colluded with Russia to interfere in the 2016 presidential election, was unable to establish any evidence the Trump campaign had “conspired or coordinated with the Russian government in its election interference activities.”

The complaint also stated that prior to publishing the opinion piece, the newspaper had already confirmed that Mueller would “eventually conclude” that there was no “deal” or “quid pro quo” between the campaign and Russia. It also states that the article does not “allege or refer to any proof” for its claims of a deal. Instead, the article selectively refers to previous reports about contacts between a Russian lawyer and people connected with the campaign.

Jenna Ellis, Senior Legal Adviser to Donald J. Trump for President, Inc., said that the statements in the article were “100 percent false and defamatory.”

“The complaint alleges The Times was aware of the falsity at the time it published them, but did so for the intentional purpose of hurting the campaign, while misleading its own readers in the process,” Ellis said in a statement.

In an emailed statement to The Epoch Times, a New York Times spokesperson said “the Trump Campaign has turned to the courts to try to punish an opinion writer for having an opinion they find unacceptable. Fortunately, the law protects the right of Americans to express their judgments and conclusions, especially about events of public importance. We look forward to vindicating that right in this case.”