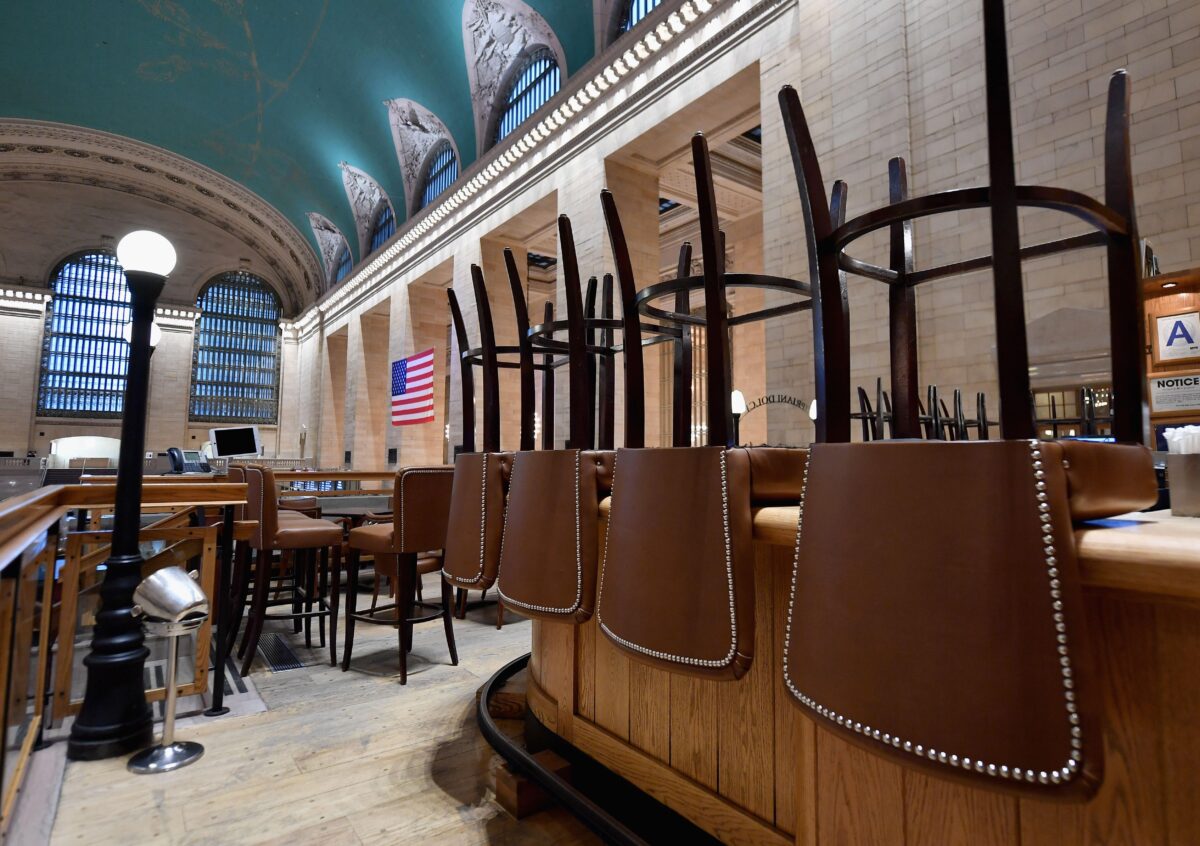 WASHINGTON—President Donald Trump said Wednesday, he would like to reopen the U.S. economy with a “big bang” but that the death toll from the CCP (Chinese Communist Party) virus, commonly known as the novel coronavirus, needs to be on the downslope before that can happen.

At a White House news briefing, Trump said the Centers for Disease Control would release guidance later on Wednesday to ensure critical infrastructure workers can do their jobs after being exposed to the virus.

Trump did not give a timeframe on when he would like to reopen the economy, but his chief economic adviser, Larry Kudlow, said Tuesday that it could happen in four to eight weeks.

Trump wants to get the economy going again as soon as possible. Still, his medical advisers are urging caution out of concern that trying to return to some sense of normalcy too early could lead to a renewed outbreak.

Trump and his team have been heartened by signs that the death toll among Americans may fall far short of projections that he outlined last week, indicating between 100,000 and 240,000 could die.

“We’re ahead of schedule,” said Trump.

He said the economy could be reopened in phases but that “it would be nice to open with a big bang.” But he said, “We have to be on the downside of the slope” of infections and that he will rely heavily on experts in determining how to proceed.

By Jeff Mason and Steve Holland