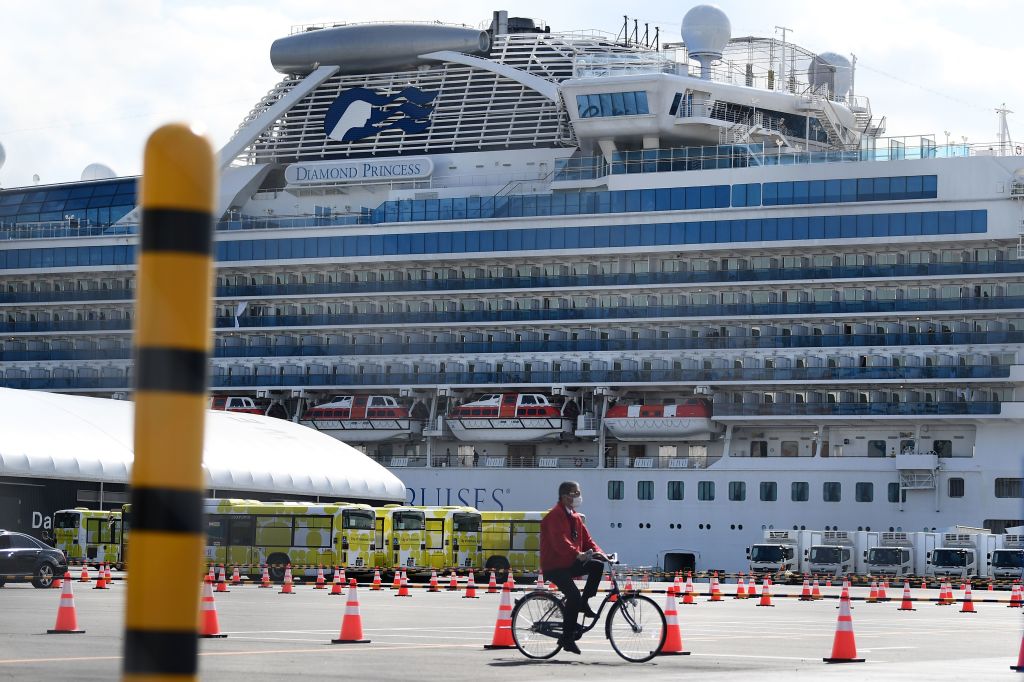 The nation’s chief medical officer says more cases are possible after two people brought back to Australia from a cruise ship in Japan contracted coronavirus.

A 24-year-old woman from South Australia will be transferred to Royal Adelaide Hospital on Friday. The other patient is from Western Australia.

Both remain well and are being housed in a separate isolation unit at Howard Springs outside Darwin.

Public health authorities from their home states are organising medical transfers for the patients and their partners.

Despite clearing multiple screenings for the virus before being taken to the Howard Springs facility, Australian Chief Medical Officer Brendan Murphy says the cases are not surprising.

“There has been ongoing detection of infection on the Diamond Princess cruise ship over the last few days, so it’s not unexpected that some people might have been incubating the virus,” he told reporters in Canberra on Friday.

“It’s possible more people could develop positive tests over the next few days. We don’t know that, but if they do we are completely well set up to detect and manage them and isolate them.”

Professor Murphy said both evacuees were in a clinically “reasonable” condition.

Four other people tested for coronavirus after returning to Australia on Thursday have been cleared and released from isolation back into general accommodation.

All six who had displayed cold-like symptoms were separated from others on the flight.

The two new cases takes the total number in Australia to 17. Of those, 10 people have recovered.
Acting NT chief health officer Dianne Stephens said the pair’s symptoms could slowly worsen over several days.

“Both these individuals will be taken into their hospital systems to watch to see whether or not they’re going to improve or deteriorate,” she told reporters.

“Then their own health systems have systems in place to manage the Covid-19 infected patients.”

Some 170 Australians, most aged in their 60s and 70s, will be quarantined for two weeks after escaping the coronavirus-hit Diamond Princess cruise ship in Yokohama.

Meanwhile, Australia has extended its ban on foreign travellers from China for another week as the number of infections and deaths in the coronavirus epicentre of Hubei province continues to grow.

The government is reportedly considering easing the ban for students.

Murphy said it was up to the government to consider the risks and benefits of doing so.

“At the moment our advice is that it should be maintained and reviewed in the next seven days,” he said.

Prime Minister Scott Morrison has ruled out compensation to tourism operators and universities hit by the travel ban.

“Coronavirus’ impact is right across the country,” he told reporters on Friday. “The taxpayer … is not an insurer for these things.”