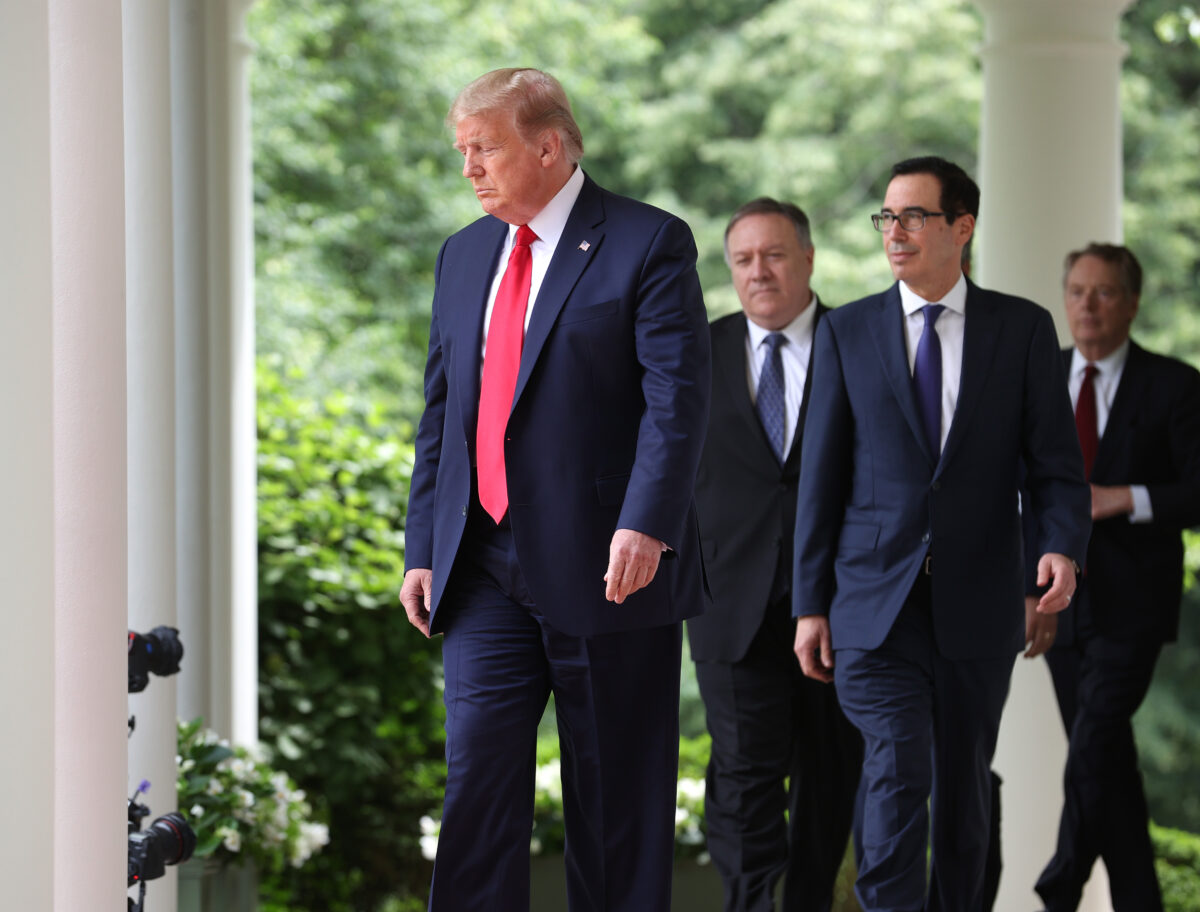 The United States will formally terminate its relationship with the World Health Organization (WHO) on May 29, according to President Donald Trump.

The president had warned the WHO less than two weeks prior that the United States would cut funding to the group unless it takes significant steps to prove independence from the Chinese Communist Party (CCP).

“We have detailed the reforms that it must take and have engaged with them directly but they have refused to act,” Trump said in the White House Rose Garden on Friday. “Because they have failed to make the requested and greatly needed reforms, we will be today terminating our relationship with the World Health Organization and redirecting those funds to other worldwide and deserving urgent global health public health needs.”

The WHO did not respond to a request for comment.

The president said that Chinese officials failed to report the outbreak of the CCP virus, commonly known as the coronavirus, to the WHO and pressured the WHO “to mislead the world when the virus was first discovered by Chinese authorities.”

On May 18, Trump had outlined a host of questionable steps taken by the WHO in relation to the pandemic in a letter to the head of the organization, Tedros Adhanom. The WHO had criticized Trump’s early travel ban on China. The organization also parroted the CCP’s claim that there is no evidence of human-to-human transmission of the CCP virus.

“The world needs answers from China on the virus. We must have transparency,” the president said on Friday.

Trump announced the withdrawal from the WHO alongside a number of actions aimed at China. The president said he will issue an order prohibiting the entry of certain Chinese nationals and sign a proclamation on defending U.S. university research. The president also directed officials to study the practices of Chinese companies listed on American stocks exchanges with the goal of protecting U.S. investors.

The United States provides more than 10 times in funds to the WHO than China.

WHO, an agency of the United Nations, has long been swayed by Beijing’s political preferences. Its current head, Dr. Tedros Adhanom Ghebreyesus, is a former member of a Maoist group in Ethiopia.

Statistical modeling, eyewitness accounts, and documents provided to The Epoch Times have shown that Chinese authorities concealed the true scale of the outbreak in Wuhan and other parts of China.

Tedros, however, repeatedly praised China for “transparency” in its response to the outbreak—something experts and government officials around the world have emphasized as being the most lacking.

Petr Svab contributed to this report.