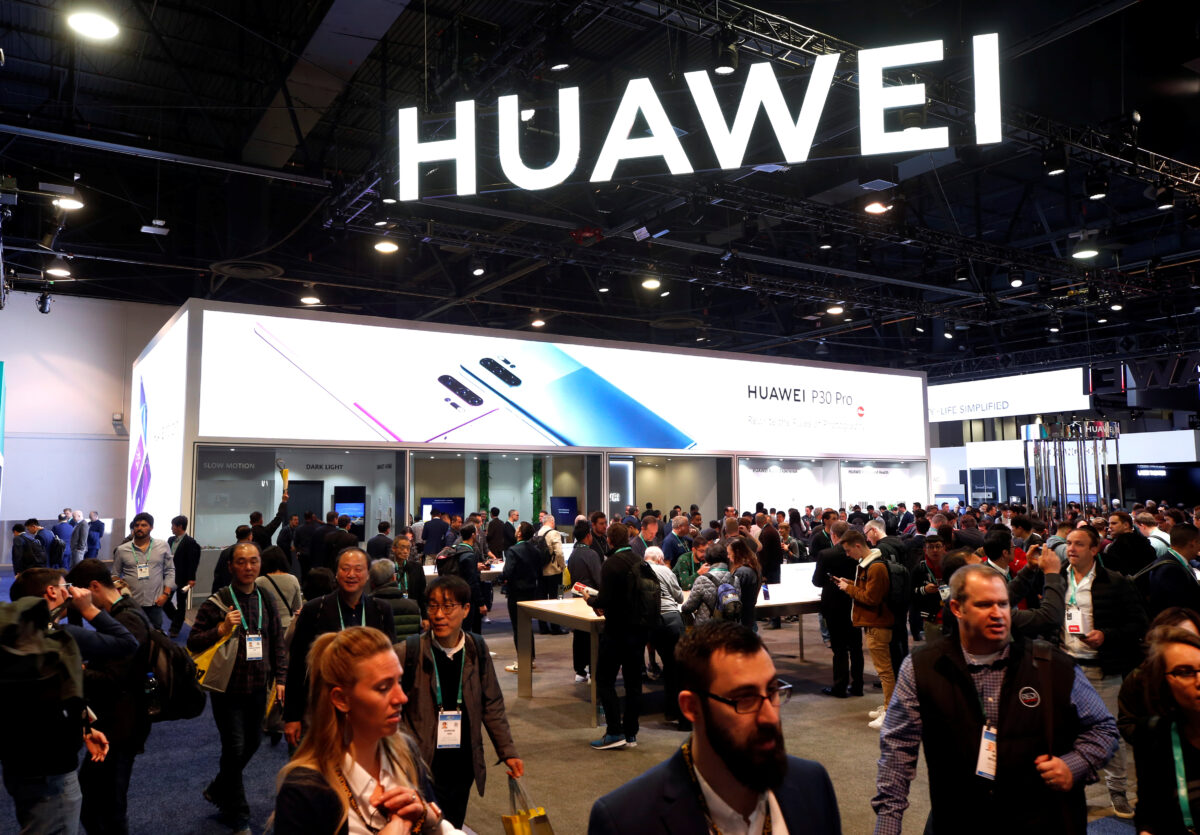 WASHINGTON—The Trump administration is considering changing U.S. regulations to allow it to block shipments of chips to Huawei Technologies from companies such as Taiwan’s TSMC, the world’s largest contract chipmaker, two sources familiar with the matter said.

New restrictions on commerce with China’s Huawei are among several options to be considered at high-level U.S. meetings this week and next. The chip proposal has been drafted but its approval is far from certain, one of the sources said.

The measure would be a blow to the world’s no. 2 smartphone maker as well as to TSMC, a major producer of chips for Huawei’s HiSilicon unit and mobile phone rivals Apple Inc. and Qualcomm Inc.

“What they’re trying to do is make sure that no chips go to Huawei that they can possibly control,” the second source said.

The United States has said it has evidence that Huawei gear in next generation 5G networks can be used for spying by the Chinese communist state. Huawei has repeatedly denied the claim.

To target global chip sales to Huawei, U.S. authorities would alter the Foreign Direct Product Rule, which subjects some foreign-made goods based on U.S. technology or software to U.S. regulations.

Reuters reported possible changes to that rule in November.

Under the draft proposal, the U.S. government would force foreign companies that use U.S. chipmaking equipment to seek a U.S. license before supplying Huawei—a major expansion of export control authority that could anger U.S. allies worldwide.

The U.S. Commerce Department declined to comment on the proposal.

But a Commerce spokesman said recent U.S. charges against Huawei, including conspiring to steal trade secrets, “reaffirm the need for caution in considering license applications. The U.S. continues to have major concerns about Huawei.”

A spokeswoman for TSMC said the company does not answer “hypothetical” questions and does not comment on individual customers.

The United States placed Huawei on a blacklist in May last year, citing national security concerns. That forced some U.S. and foreign companies to seek special licenses from the Commerce Department to sell to it, but those concerned about espionage efforts by the Chinese regime in the U.S. government have been frustrated by the vast number of supply chains beyond their reach.

Others in the U.S. government fear antagonizing Beijing, which just signed a trade deal with Washington. They also worry the restrictions will drive innovation offshore and benefit foreign rivals.

Most chip manufacturers rely on equipment produced by U.S. companies like KLA, Lam Research, and Applied Materials, according to a report last year from China’s Everbright Securities.

“There is no production line in China that uses only equipment made in China, so it is very difficult to make any chipsets without U.S. equipment,” Everbright wrote.

By Alexandra Alper and Karen Freifeld