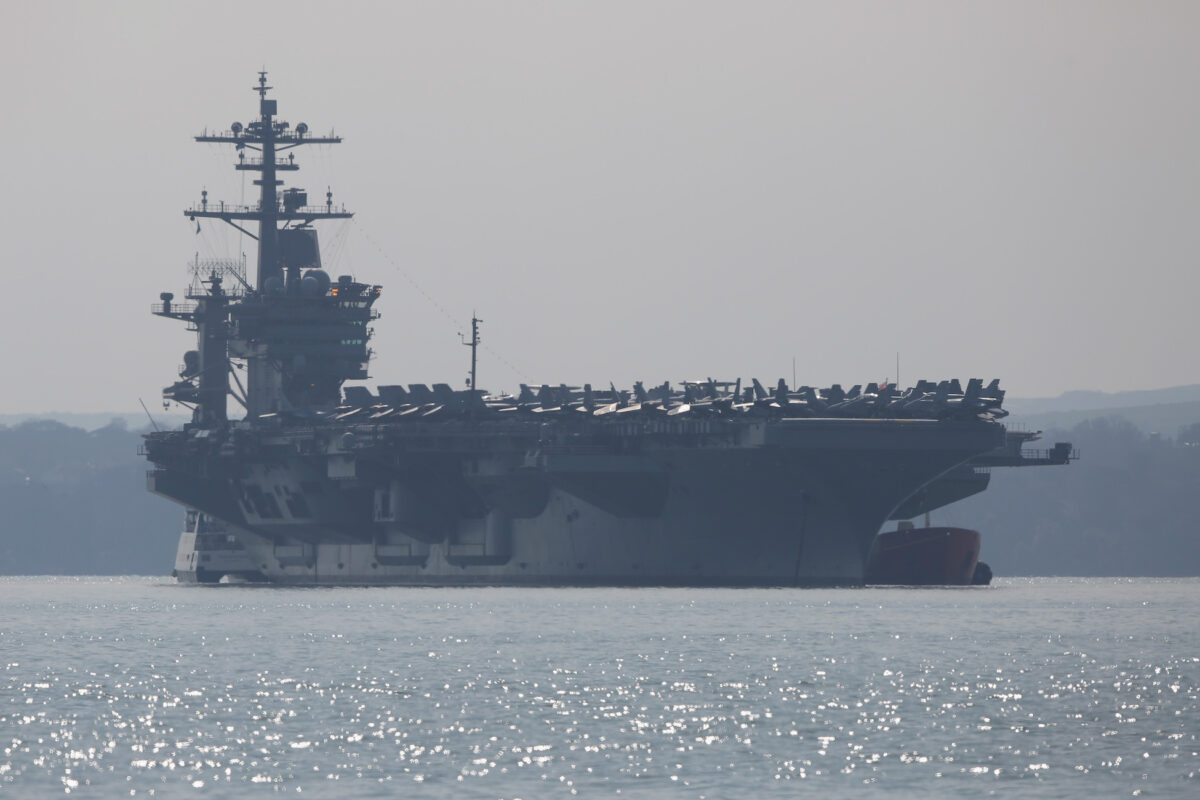 The U.S. Navy said it will evacuate the majority of the USS Theodore Roosevelt (TR), a U.S. Navy aircraft carrier docked in Guam, a day after its commander issued an urgent plea for a**istance to control an outbreak of the CCP (Chinese Communist Party) virus, commonly known as novel coronavirus.

Cases of the CCP virus were first reported on the ship last week but a senior officer on board the ship who remained anonymous reportedly told the San Francisco Chronicle that 150 to 200 sailors had tested positive as of Monday. At least 70 sailors have been infected, confirmed The Wall Street Journal.

Navy Captain Brett Crozier earlier called on U.S. Navy officials to provide resources to evacuate and isolate those onboard the ship as cases of the virus have broken out among the crew of more than 4,000.

In a four-page letter dated March 30 first obtained by the Chronicle, Crozier wrote that only a small contingent of infected sailors have been removed from the ship, while those that remain onboard are following official guidelines for 14-day quarantines. Social distancing is possible but Crozier noted that the “warship’s inherent limitations of space,” made it difficult to do this and that the “spread of the disease is ongoing and accelerating.”

The commander asked for “compliant quarantine rooms” onshore in Guam for his entire crew “as soon as possible.”

“Removing the majority of personnel from a deployed U.S. nuclear aircraft carrier and isolating them for two weeks may seem like an extraordinary measure. … This is a necessary risk,” Crozier wrote. “Keeping over 4,000 young men and women on board the TR is an unnecessary risk and breaks faith with those sailors entrusted to our care.”

Acting Navy Secretary Thomas Modly told CNN on Tuesday that the Navy had been aware of the situation on board the USS Theodore Roosevelt for “about 24 hours,” and had been working over the last week to “move those sailors off the ship and get them into accommodations in Guam,” adding that the Navy was “very engaged in this, we’re very concerned about it and we’re taking all the appropriate steps.”

“The key is to make sure that we can get a set of crew members that can man all those critical functions on the ship, make sure they’re clean, then get them back on while we clean the ship and get the other crew members off,” Modly said. “And that’s the process we’re going through. It’s very methodical. We’re absolutely accelerating it as we go.”

Modly said that the issue is that Guam “doesn’t have enough beds right now,” but that the Navy was “talking to the government there to see if we can get some hotel space, create tent-type facilities.”

“We don’t disagree with the [captain] on that ship and we’re doing it in a very methodical way because it’s not the same as a cruise ship, that ship has armaments on it, it has aircraft on it, we have to be able to fight fires if there are fires on board the ship, we have to run a nuclear power plant, so there’s a lot of things that we have to do on that ship that make it a little bit different and unique but we’re managing it and we’re working through it,” he added.

Crozier confirmed Modly’s comments in a Facebook post on Monday where he said “the TR Team is working with the great folks at Naval Base Guam to get sailors off the ship and into facilities on base to help spread the crew out,” adding that it is an “all-hands, all-day effort,” but that the sailors are in good spirits.

In a phone call with reporters Tuesday, Adm. John Aquilino, the commander of U.S. Pacific Fleet, would not confirm the number of cases among the sailors but said that no one had been hospitalized, no sailors were on ventilators, and none were in a critical condition.