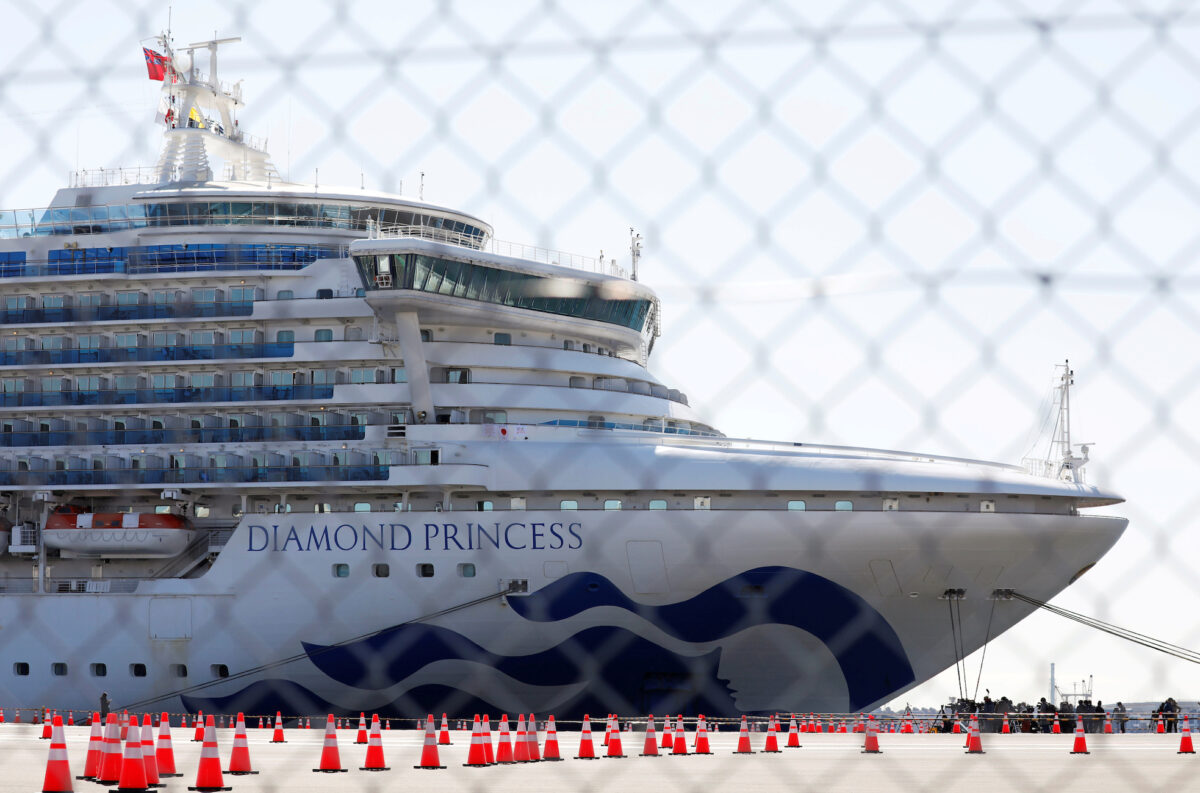 The United States is preparing to evacuate Americans held in medical isolation on a cruise ship off the coast of Japan over an outbreak of Wuhan coronavirus, or COVID-19 virus.

About 380 U.S. citizens and their family members on the Diamond Princess cruise ship docked at Yokohama, Japan, will be offered the opportunity to be evacuated back to the United States via either of two planes organized by the State Department, Henry Walke, director of the CDC Division of Preparedness and Emerging Infections told the Wall Street Journal on Friday.

He adds that a CDC team is to assess the health of the passengers, and those with a fever, cough or other symptoms won’t be allowed on the flights. The evacuees would be transported to Travis Air Force Base near Sacramento in California, Walke told WSJ. Here, the group will go through further health screenings.

The Epoch Times has reached out to the CDC and the State Department for comment.

On Thursday, Japanese health workers confirmed 44 new cases of COVID-19 virus on the cruise ship, bringing the total to 218. The vessel entered the Yokohama port on Feb. 3 and was quarantined for two weeks.

The Department of Defense (DOD) said it has named 11 military bases that could serve as potential quarantine areas for U.S. coronavirus cases after being asked by the Department of Health and Human Services (HHS). In particular, the installations “near 11 major airports that could house additional passengers” could be used if HHS facilities become filled, the DOD said in a recent news release.

The new virus first emerged in the central Chinese city of Wuhan in early December. It is in the same family of pathogens that cause the flu and SARS (severe acute respiratory syndrome). The most common symptoms reported from the new virus are fever, coughing, and difficulty breathing, although Chinese researchers have noted other symptoms, such as fatigue, diarrhea, chest pains, and headaches.

The incubation period—or amount of time from exposure to the onset of symptoms—is up to 14 days. However, a recent study from Chinese researchers, which examined over 1,000 cases of the disease, found a patient who didn’t exhibit symptoms for as long as 24 days. One Chinese health official in Jinzhong, a city in Shanxi Province, also noted a case of one female patient who was hospitalized 40 days after traveling to Wuhan; she was diagnosed two days after hospitalization.

Health experts have confirmed that the virus is contagious even when the infected person has not yet exhibited symptoms. But there’s still no consensus as to how potent the virus is.

The U.S. Centers for Disease Control and Prevention (CDC) on Wednesday warned that the virus could “take a foothold” inside the United States, saying that at some point, “we are likely to see community spread in the U.S. or in other countries,” according to a press conference.

The CDC advises that people should not travel to China and that they should avoid contact with those infected with the virus, and wash their hands often with soap and water for at least 20 seconds.

Eva Fu contributed to this report.