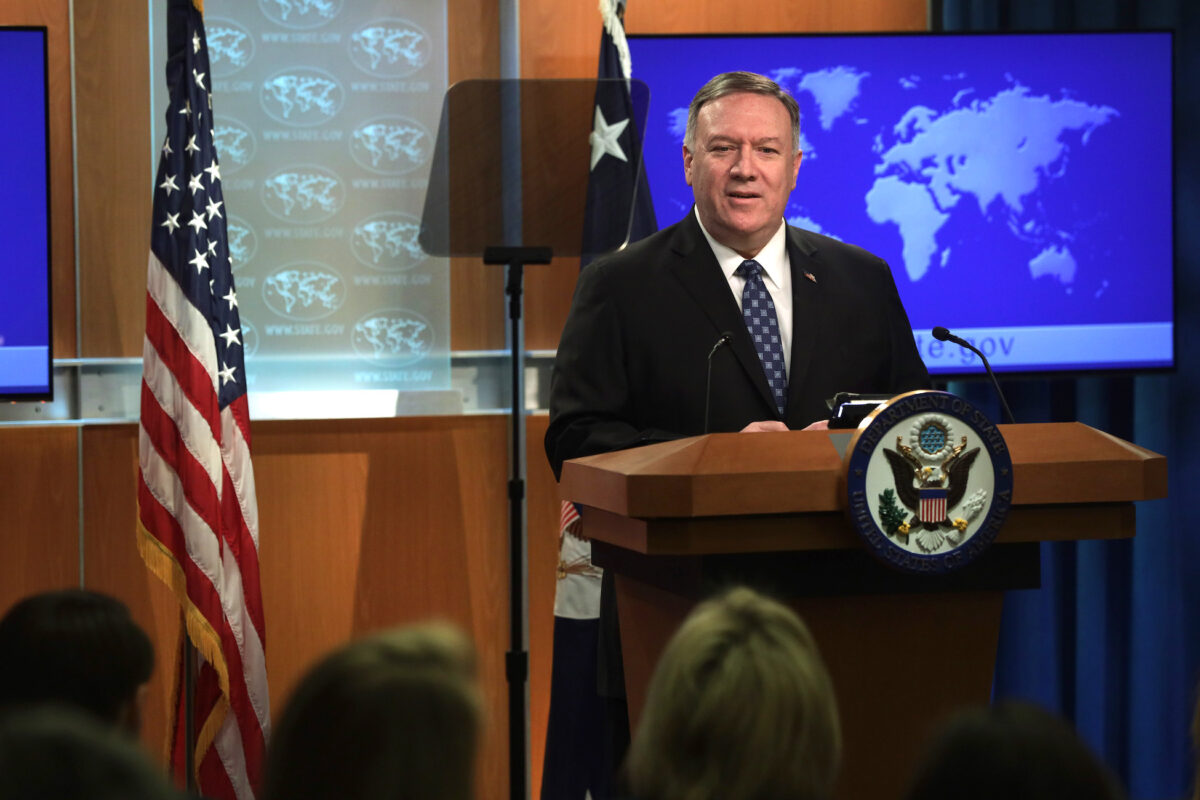 The United States announced that it is imposing sanctions on 13 foreign entities and individuals in China, Iraq, Russia, and Turkey for supporting Iran’s missile program.

According to a statement from the State Department, the measure includes new sanctions against three Chinese firms, a Chinese individual and a Turkish company.

The statement did not disclose details about the Russian and Iraqi entities to face sanctions.

“We have imposed two-year discretionary sanctions on the 13 individuals/entities identified in this report,” U.S. Secretary of State Mike Pompeo said in the statement. “The sanctions include restrictions on U.S. government procurement, U.S. government assistance, and exports.”

Pompeo said in a separate statement that the United States “will continue to use all available measures to prevent Iran from advancing its missile capabilities.”

The State Department said that the actions came about after a periodic review of sanctionable activity as required by the: Iran, North Korea, and Syria Nonproliferation Act (INKSNA). The act provides for “sanctions for the transfer of equipment or technology having the potential to make a material contribution to the development of weapons of mass destruction or cruise or ballistic missile systems” to Iran, North Korea, and Syria.

Tehran unveiled a new short-range ballistic “Raad-500” missile in early February that is said to be half the weight of a previous missile model and had a longer range of up to 500 km—a 200km range increase from a previous model.