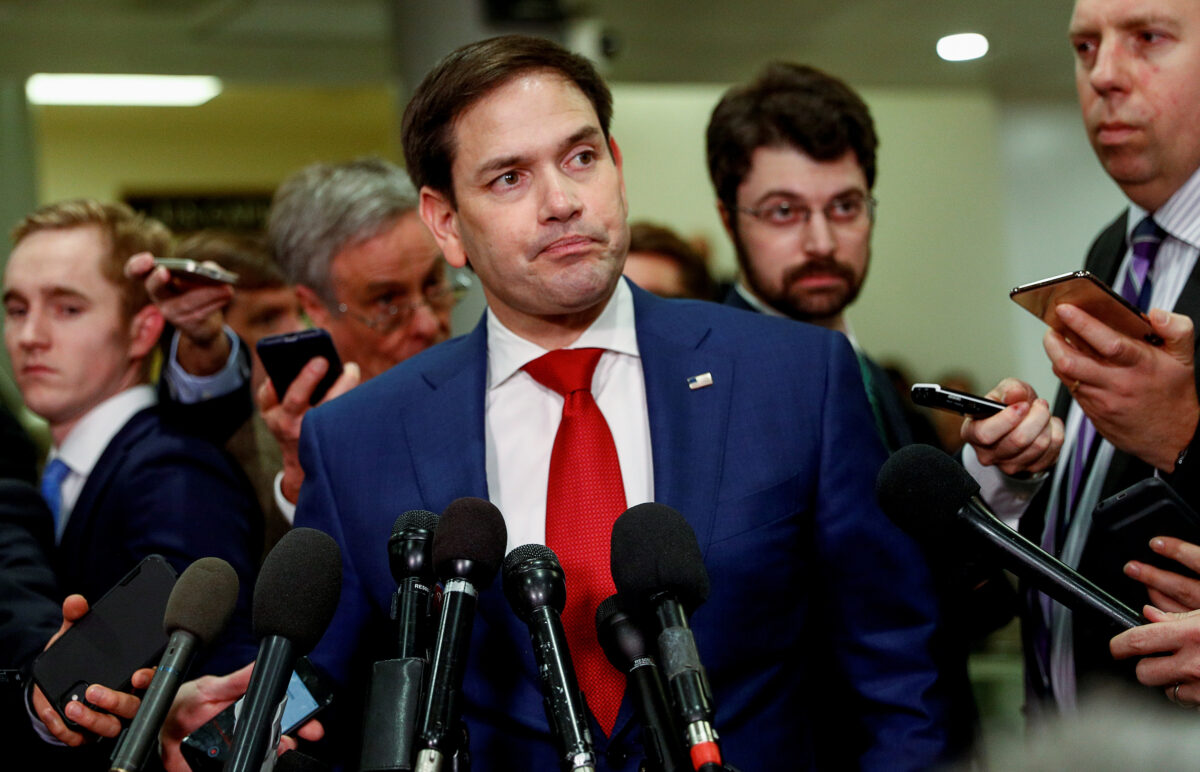 NEW YORK—U.S. Senator Marco Rubio has asked regulators to be vigilant about keeping American investors safe from “hazards” connected with a provision in the latest U.S.-China trade deal that encourages investment in China’s non-performing loan market.

The “Phase One” deal announced in January includes an agreement that allows U.S. financial firms to apply for licenses to acquire non-performing loans directly from Chinese banks.

Such arrangements, especially those with state-owned enterprises, are risky, Rubio wrote in a public letter to Attorney General William Barr sent on Feb. 25. Copies also went to Securities and Exchange Commission Chairman Jay Clayton and top Department of Justice prosecutors.

“I urge you to vigilantly identify and enforce the Foreign Corrupt Practices Act (FCPA) cases involving the sale of distressed debt by Chinese financial and nonfinancial companies to American firms,” Rubio wrote.

“This supervision will serve to safeguard American investors from the financial and legal hazards associated with these new, high-risk institutional relationships.”

Rubio, a member of the Senate Committee on Foreign Relations, has criticized increased U.S. investments in China because of what he says are corporate governance risks and companies whose missions sometimes run counter to U.S. interests. A DOJ spokeswoman confirmed receipt of the letter but declined further comment. The SEC did not respond to an email seeking comment.

Representatives for Oaktree, Bain and Blackstone declined to comment or did not respond to a request.

The FCPA was enacted in 1977 to stop U.S. individuals and businesses from paying bribes to foreign officials in order to win business. Prosecutions have expanded in recent years as regulators pursued a broader mix of cases, including actions of international firms to benefit U.S. affiliates and foreign companies selling U.S. securities.

U.S. authorities recovered a record $2.65 billion over 14 corporate FCPA resolutions in 2019, including a $1 billion settlement with Swedish telecommunications company Ericsson (ERICb.ST), according to a review by Debevoise & Plimpton LLP.