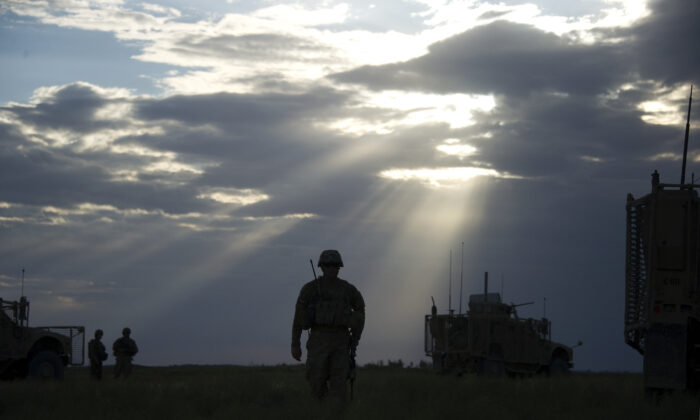 U.S. Ssg. Andrew Warner of the 2nd Platoon of Task Force 3-66, Bravo Company from the 172 Infantry Brigade walks to a Mine Resistant Ambush Protected (MRAP) vehicle in the village of Hasti in the province of Paktika on Sept. 3, 2011. (Johannes Eisele/AFP/Getty Images)

KABUL—A U.S. service member was killed in action in Afghanistan on Monday, the U.S. military said in a statement.

It gave no further details and withheld the name of the service member until the next of kin were informed.

More than a dozen foreign force members have been killed in Afghanistan in 2019.

About 20,000 foreign troops, most of them American, are in Afghanistan as part of a U.S.-led NATO mission to train, assist and advise Afghan forces. Some U.S. forces carry out counter-terrorism operations against Islamist extremist groups.