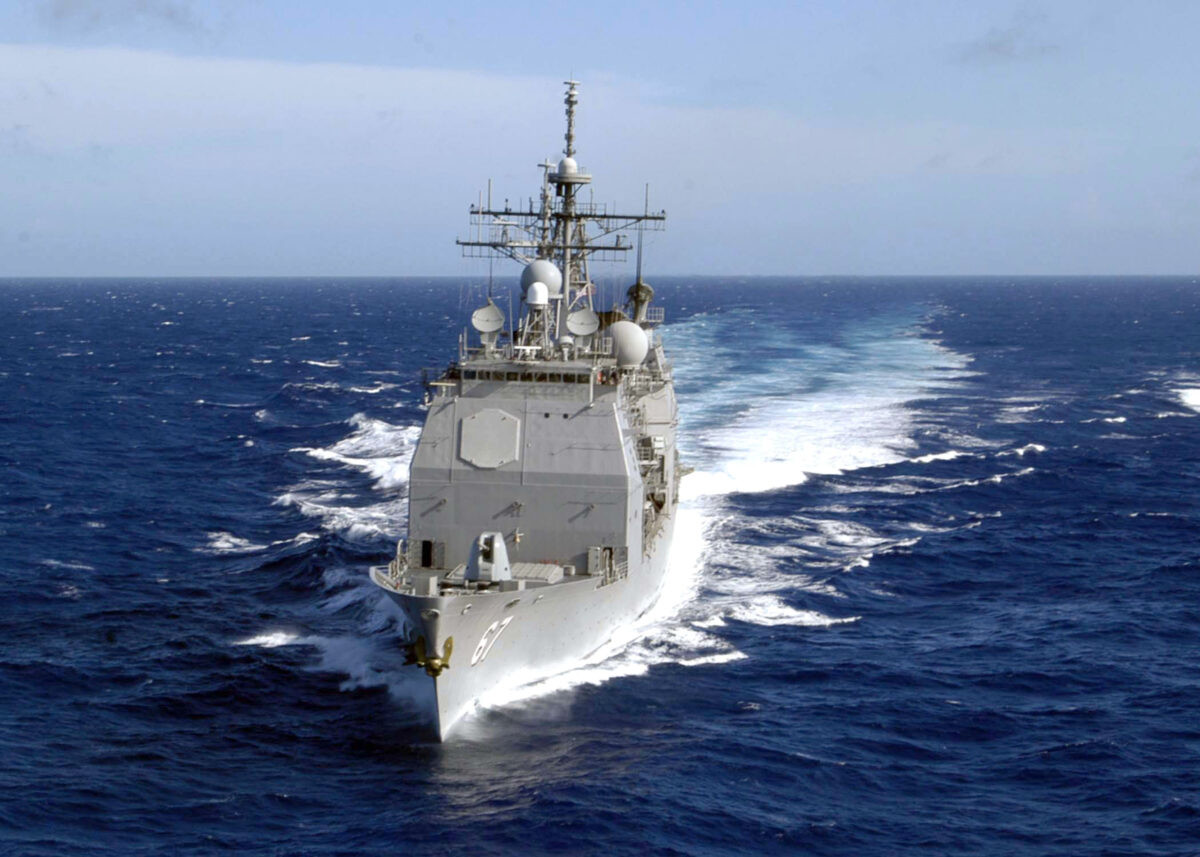 TAIPEI–A U.S. warship sailed through the Taiwan Strait on Jan. 16, the island’s defense ministry said, less than a week after Taiwan President Tsai Ing-wen won re-election by a landslide on a platform of standing up to China which claims the island.

The ship sailed in a northerly direction through the sensitive waterway and Taiwan’s armed forces monitored it throughout, the ministry said in a brief statement on Friday, describing the sailing as an “ordinary mission.”

“People can rest easy,” it added.

Taiwan is China‘s most sensitive territorial and diplomatic issue and Beijing has never ruled out the use of force to bring the island under its control. The narrow Taiwan Strait which separates the island from China is a frequent source of tension.

China sailed its latest aircraft carrier, the Shandong, through the waterway twice in the run-up to Taiwan’s election last Saturday.

Taiwan denounced that as attempted intimidation.

The U.S. Navy said the Ticonderoga-class guided-missile cruiser USS Shiloh had completed a transit of the Taiwan Strait, without giving details. The United States has been conducting sporadic missions through the strait in the last two years.

Washington has no formal ties with Taiwan but is bound by law to provide the island with the means to defend itself and is its main source of arms.