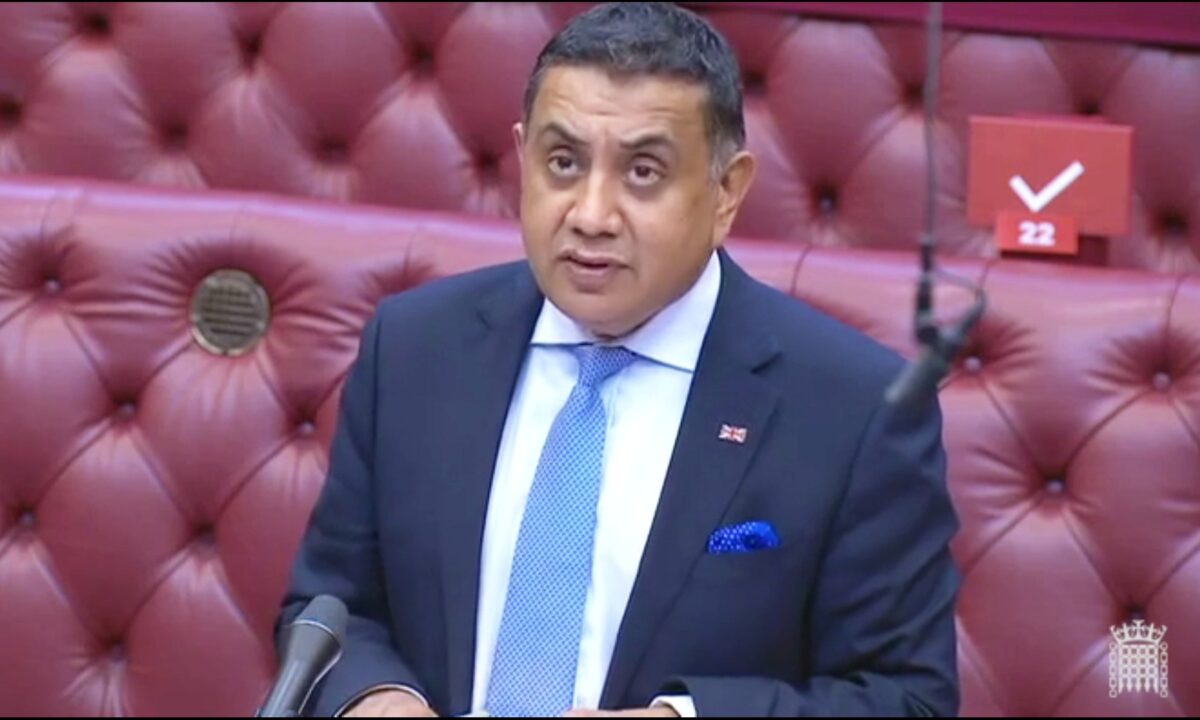 Parliamentarians in the House of Lords on Wednesday asked the British government about the lack of Chinese Communist Party officials on its new sanctions regime list, given the “urgent” situation in Hong Kong.

During a session on the global human rights sanctions regime, Lord Collins of Highbury, a Labour peer, pointed out, “The current list is incomplete,” without “any sanctions against those who are either exploiting or abusing the Uighur minority in Xinjiang or repressing democracy activists in Hong Kong.”

“When does the Minister expect further designations, bearing in mind how urgent the situation is in relation to Hong Kong?” he asked Lord Ahmad of Wimbledon, the Minister of State.

Liberal Democrat peer Baroness Northover said she commended the government for listing Russian and Saudi nationals linked to the killing of Sergei Magnitsky and Jamal Khashoggi, but agreed that “there are omissions.”

“Where is China in this? Will those who are oppressing the Uighurs be included? Will proper consideration be given to the China Tribunal’s conclusion about organ harvesting, and might sanctions result? What of the doctors who may have been involved?

“What about those who are taking actions in Hong Kong, including potentially Carrie Lam, who has overseen the destruction of human rights there by overseeing the abandonment of ‘one country, two systems’?”

Lord Alton of Liverpool, vice chairman of the all-party parliamentary groups on Hong Kong and the Uighurs, echoed his colleagues’ requests.

“Can the Minister say whether active consideration is now being given to adding Hong Kong’s Carrie Lam to the Magnitsky list, along with Chen Quanguo, the Communist Party secretary of Xinjiang, in addition to others named in a letter to the Minister of Jan. 24 last, who stand accused of grievous crimes against Muslim Uighurs, Falun Gong, and other minorities in China?” he said.

Several peers brought up the issue of corruption.

Lord Mackenzie of Framwellgate asked if the Minister would “assure the House yet again that Communist Party actors in China will be included in future additions to the list of those sanctioned? Will he also commit to applying sufficient resources to the tracing and tracking of ill-gotten assets in these cases?”

In response to these questions, Lord Ahmad of Wimbledon reiterated that he “cannot speculate on who might be designated under the sanctions regime in the future.”

He did, however, note that “we have on many occasions set out deep concerns about human rights violations in both Xinjiang and Hong Kong.”

He said he would not call the absence of Chinese nationals “omissions,” because the current list is “very much the first tranche.”

“Everything has to be based on evidence,” he said.

In parliament this year, the renewed demand to legislate a sanction scheme arose largely during debates on issues involving the Chinese regime, such as the persecution of Uighurs, organ trafficking, and Hong Kong.