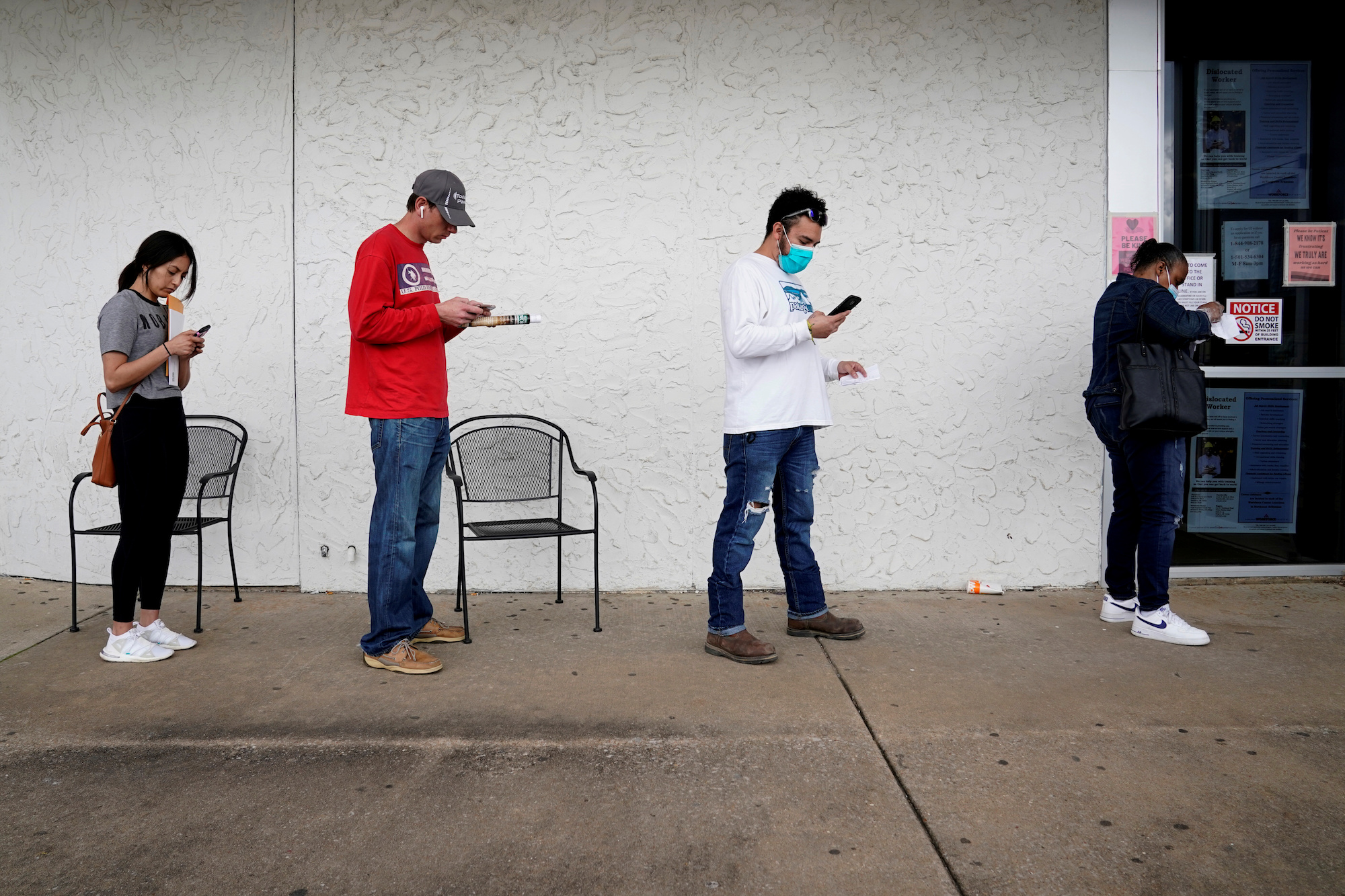 People who lost their jobs wait in line to file for unemployment at an Arkansas Workforce Center in Fayetteville, Ark., on April 6, 2020. (Nick Oxford/Reuters)

Hassett said he thinks the joblessness rate could rise above 20 percent sometime this month, adding that it might not drop to single digits until the end of the year.

“Unemployment will be something that moves back slower,” he told CNN’s “State of the Union” on Sunday. Hassett noted that it could be in the single digits by November, but it seems unlikely.

“I think it could be better than that. But you’re going to be starting at a number in the 20s and working your way down. And so of course you could still not be back to full employment by September or October,” he said.

Nearly 40 million Americans have filed for unemployment claims in the past two months or so, triggered by business closures related to the pandemic. The grim economic numbers have increased the pressure on governors to ease restrictions on social gatherings and what businesses can be open.

The jobless rate in three states—Hawaii, Michigan, and Nevada—went about 20 percent in April, according to data released by the Department of Labor. The data also showed that dozens of states have seen record-high unemployment numbers.

On Friday, Hassett said that unemployment rates could reach 22 percent or 23 percent in May, and June will see “higher” unemployment numbers, but stressed that it “will be the turning point” in the U.S. economy, predicting that President Donald Trump will approve a fourth stimulus package to release funds to businesses and Americans.

As a result, furloughed and unemployed Americans may return to the labor force more quickly than he previously expected.

“This was the biggest negative shock ever, but we also had the biggest policy response ever,” Hassett told CNN.

His comments come days after Treasury Secretary Steven Mnuchin said that people who receive an offer from their company to return to work after they have been laid off amid the pandemic are no longer considered eligible for unemployment benefits.

“If you offer a person a job … and that person does not take the job … then that person would not be allowed to get unemployment,” Mnuchin said last week during a Senate Banking Committee hearing.

If the employee turns down the job offer, they are considered ineligible to receive unemployment benefits, which were expanded under the CARES Act.