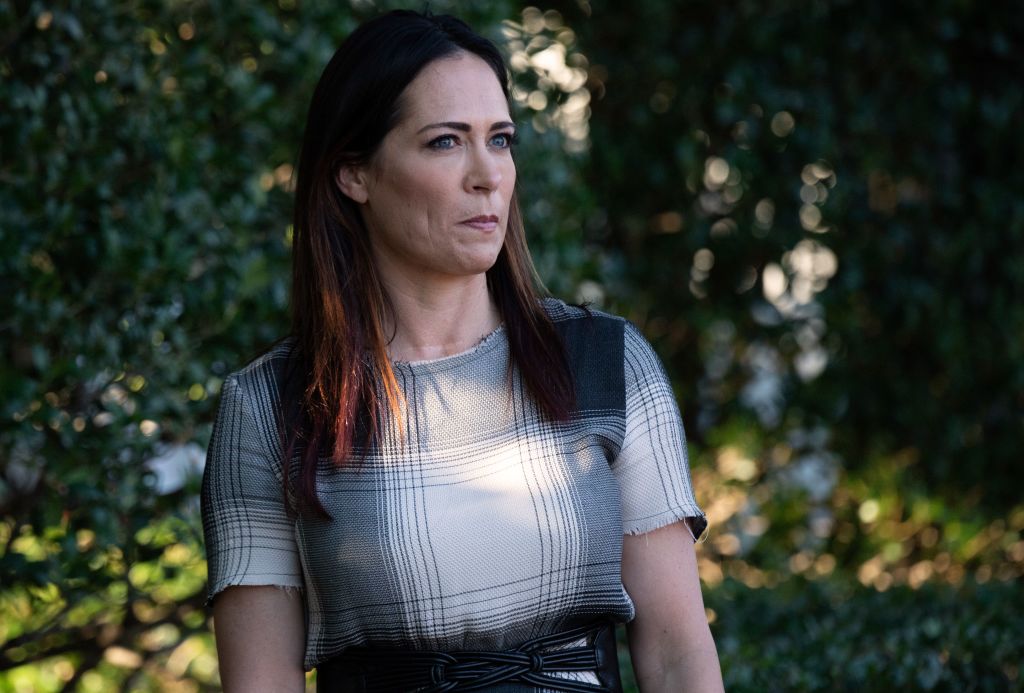 White House press secretary Stephanie Grisham weighed in on the calls for Attorney General William Barr to resign by former Justice Department (DOJ) officials, saying that she was not surprised because “there are obstructionists” who are working against the president across the government.

“It didn’t surprise me, to be honest with you,” Grisham told Fox & Friends on Tuesday. “It’s been proven time and time again. There are obstructionists all across this government who are working against the president.”

More than 2,000 former DOJ officials have signed an online letter urging Barr to resign following his intervention in the case of former Trump campaign associate Roger Stone. The online letter was organized by Protect Democracy, a nonprofit advocacy group staffed by former government officials, political operatives, and activists that have been opposing President Donald Trump’s agenda via legal means.

In their letter, the signees claim that Barr and Trump had interfered with the “fair administration of justice.” They say that it was “unheard of for the Department’s top leaders to overrule line prosecutors” while alleging that it was done “in order to give preferential treatment to a close associate of the President.”

“It didn’t surprise me. A lot of those [signees] are career [employees]. There are many people who hailed AG Barr when we first appointed him and he’s been doing a great job,” Grisham said in reaction to the online letter.

The press secretary added that Trump has made his position clear on many different cases but ultimately leaves it to the attorney general “to do his work.”

“He’s made it clear that the two things are separate but the president will always, always tell the American people what his opinion is,” she said.

She added that she was not aware of anything about Barr potentially stepping down.

DOJ prosecutors originally recommended seven to nine years in prison for Stone, who was convicted of lying to and obstructing Congress and witness tampering. The Justice Department, however, intervened in the case, calling the recommendation “excessive and unwarranted.”

The department then filed a revised sentencing memorandum that asked for “a sentence of incarceration far less than 87 to 108 months’ imprisonment,” but did not offer a specific prison recommendation.

The department’s announcement to revise their sentencing recommendation came hours after Trump weighed in on Twitter about the seven to nine years recommendation. Justice Department’s spokeswoman Kerri Kupec told media outlets that the DOJ didn’t consult with the White House about Stone’s sentencing. She added that the decision to change the sentencing request was made before the president wrote about it on Twitter.

Four prosecutors involved withdrew from the Stone case on the same day of DOJ’s announcement.

During an interview on Feb. 13, Barr confirmed that the actions of the Justice Department had nothing to with the president, his Twitter posts, or anyone from the White House. “I have not discussed the Roger Stone case at the White House,” Barr said.

The attorney general also criticized the president about his Twitter posts in the wake of one of Trump’s posts about the sentencing of former campaign adviser Roger Stone.

The Justice Department and the Federal Judges Association did not immediately respond to our request for comment on the report.

Petr Svab contributed to this report.